How to Properly downgrade supported iPhones to iOS 10.3.3 from any iOS 11 version. (Even Beta) 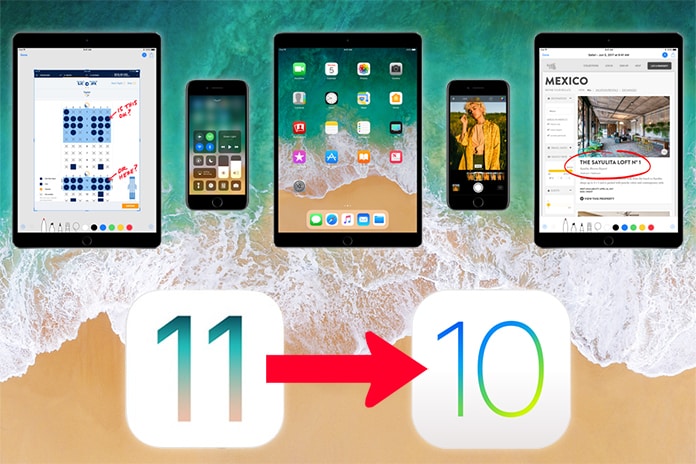 I was very excited when Apple launched iOS 11 back in June. Though, after using my iPhone 7 on the beta version of iOS 11, I faced many problems…. as many people did. I was frustrated. But, as soon as Apple officially launched iOS 11 to the public, I thought that I won’t face much problems henceforth! I would like to clearly state that I had performed a clean install of iOS 11 on my iPhone 7. To my demise, the phone got more buggy and started to lag even after a clean install. There were numerous problems.

After some days, iOS 11.0.1 was released by Apple. That also did not fix my problems. I waited patiently for further updates. And lo! A day after iOS 11.0.1 was released, Apple released iOS 11.1 Beta. I Immediately hopped on to that version. I also made a post pointing everything new in iOS 11.1 Beta. Now, all of my problems have been fixed. Although a new problem has emerged! And I’ve noticed some people on Reddit complaining about that issue. My iPhone used to freeze in the middle of everything I used to do! And it wasn’t fixable until I had to force restart it. This happened too frequently. Not to mention the terrible battery life…. that most Reddit users would complain about.

Based on my experience, I decided to go back to iOS 10.3.3 where my iPhone 7 used to feel new and had absolutely ‘zero issues’. The downgrading process was not easy as it usually is, and there were many complications. My phone got stuck on the recovery mode screen. I was basically F****.

But, I’ve successfully managed to downgrade to iOS 10.3.3 back again. It feels good now.

Disclaimer: Hurry up! Before the signing window for iOS 10.3.3 gets closed.

Go to the link below and download your ‘.ipsw’ file. This, basically is a file type for iOS Firmwares (For those who don’t know).

This is a precautionary step which basically saves your time. What I mean to say is that don’t waste your time in creating a backup of your phone, as you won’t be able to install an iOS 11 backup on iOS 10.3.3. Instead, just save your photos and documents that can’t be saved to a cloud storage on your PC or hard disk or any other form of storage device. Go to the website below and download a free tool named SynciOS which is completely free (by the way, this isn’t sponsored). Download SynciOS from its official website.

After downloading the firmware, open iTunes. Switch of your device by holding the power button for almost 3 seconds. Make sure the iPhone has turned off!

Now, go to your device’s page on iTunes and Shift+left click on “Restore”. Cause updating your phone will not work! Now, choose your firmware from where you first downloaded and saved it and wait for the device to do its magic.

This 4-step process could also end you in complications, though this is the safest way to perform a downgrade from iOS 11. You will definitely have to set up your device as new. But hey, it will be worth it at the end of the day….

Remember to perform this process while in recovery mode only, or else it could lead to various problems.

Also, fire up the comments if you have any issue. We are always there to guide you. We will keep you updated regarding future versions of iOS 11 and how they fare up to be. So stay on iOS 10 while you can and downgrade at your earliest.

Have a Nice day!!