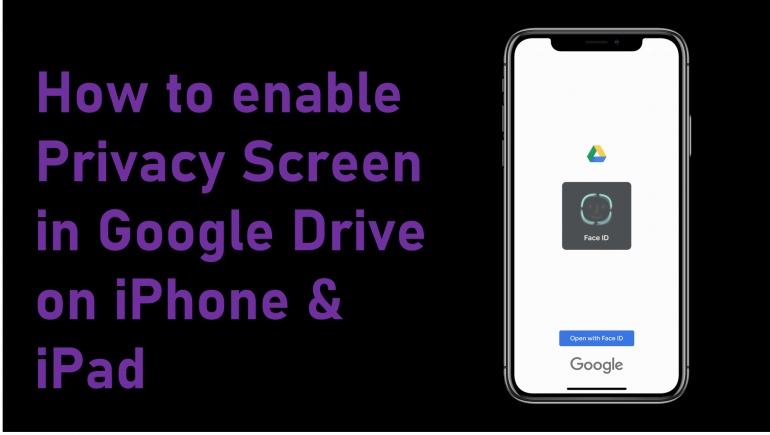 Google Drive now offers a new “Privacy Screen” feature on iPhone and iPad that allows you to lock your Drive files behind a wall of the device’s biometric authentication including TouchID and FaceID.

The new feature is available as an app update from the App Store. Without Privacy Screen, your files stored on Google’s cloud would be at risk of getting snooped when passing your phone around.

Privacy Screen does not cover folders and notifications, though. Additionally, it also does not protect:

Before Google added this feature to the Drive app, the only way to stop people from viewing your files when they had your phone was to sign out of the associated Google account and sign back in later.

Here’s how to enable Privacy Screen in the Google Drive app on your iPhone and iPad:

Usually, with apps that offer similar security measures, it gets annoying when you need to switch between them frequently. However, you can choose to delay when the Google Drive app locks itself while switching between apps. Just head over to the tab labeled “Delay” that appears after you enable Privacy Screen and choose the time you would like to set for the lock to appear after switching from another app.

WhatsApp is yet another app that offers biometric authentication to prevent snoopers from reading your chats. Since it’s a chat app, this feature becomes even more useful as there is more sensitive data to protect.