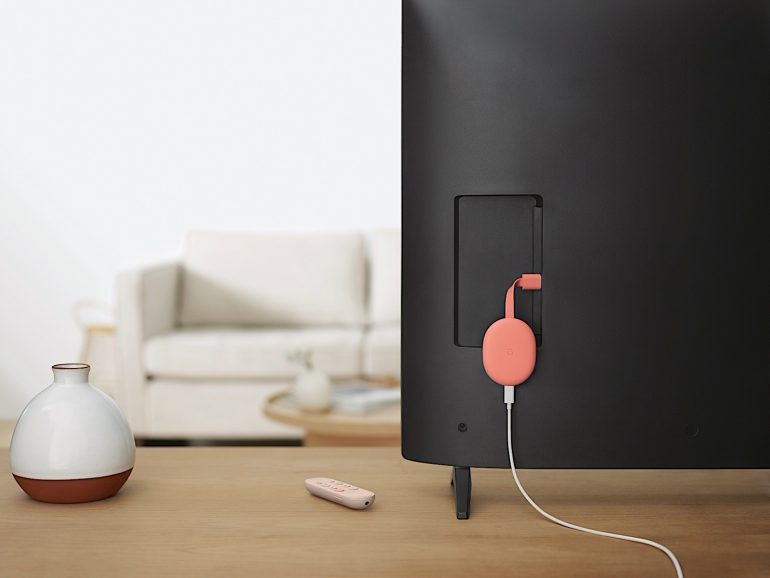 The major difference between the two currently stands to the fact that Android TV is a full-blown TV operating system that’s ubiquitous among many TV manufacturers while Google TV is a skin built upon Android TV that offers additional benefits using the latest Chromecast hardware.

Google TV has also garnered a lot of positive reviews, with claims that it’s better than Apple TV. It not only lets you watch your favorite content but also recommends TV shows and movies that you might like just like Apple TV has been doing for so many years.

Equipped with Google Assistant, Google TV lets you speak into the remote provided alongside the Chromecast to fire up anything from YouTube videos to Netflix documentaries. Oh, and the remote (how did I not mention it earlier?), reviewers say, is fantastic. It has a ring on the top that you can press to navigate throughout the interface. There are dedicated YouTube and Netflix buttons as well alongside a Google Assistant button, allowing you to get to those apps quickly.

Additionally, Google hasn’t let go of Chromecast’s basic feature that lets you connect to a phone to share its screen and media to accommodate the Google TV service.

Despite almost everything being quite alright with Google TV, however, there’s one thing you’d wish the TV let you do—play YouTube Music in the background. Yep. You cannot do that currently.

I’m a stickler for playing music in the background on my TV. I don’t own a Chromecast yet, but I do connect my laptop to my TV via an HDMI cable and listen to some soothing tracks on YouTube while an equally soothing live wallpaper slowly glides through on my TV screen. However, I cannot accept the fact that Google doesn’t at all allow playing YouTube Music in the background on its own new TV service. Even Spotify, which is a third-party music streaming service allows that; but not YouTube.

It’s unclear if Google plans to do that in the future, but it would be a decent addition to the already decent product that is Google TV.

Google also currently allows background music to play through the YouTube Music app on smartphones only if you pay for a premium subscription.