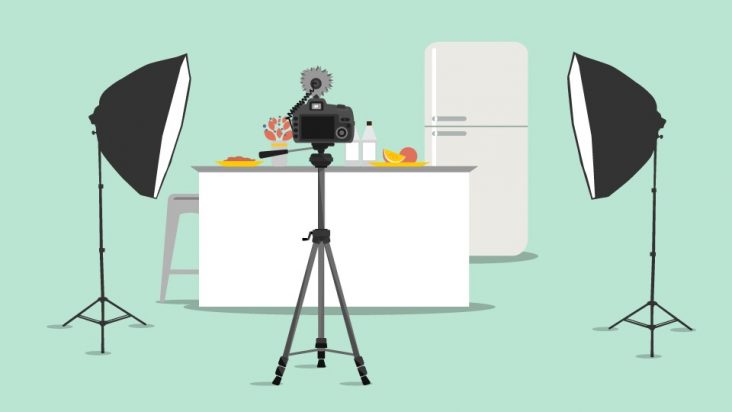 With the explosive growth of vlogging, thousands of consumers are grabbing their smartphones and making vlogs of their daily life. If you’d like to do the same, you should invest in a high-quality vlogging camera.

Although it’s possible to use the camera on your smartphone as a vlogging camera, it’s not an ideal piece of equipment for creating vlogs. It’s a much better choice to purchase a dedicated camera for vlogging because it will allow you to create better videos for your audience.

The only problem is that there are thousands of different vlogging cameras to choose from, and without the right knowledge, you’ll find that it’s nearly impossible to know what cameras are the best vlogging cameras.

Over the last few years, vlogging has become extremely popular, but a lot of people still don’t know what it is. When you think of a vlog, you should think about a shortened version of a video blog. It’s like the video version of a blog post.
When a person says they’re vlogging, it means they’re filming a short video of their daily life. In the last few years, the popularity of vlogging has grown exponentially, and currently, the growth trend shows no signs of slowing.

One of the major reasons why vlogging has become incredibly popular is because the cost of the required equipment has dropped significantly. In the past, the equipment was too expensive, and most people couldn’t afford it.

What Makes A Good Vlogging Camera?

You also don’t need a flash because it’s likely that your videos won’t require it. You can even ignore megapixels because they’re only important for photos. Most of the cameras on the market are designed to perform a variety of different tasks, which is great for the average consumer.

Since you need a camera that is best for vlogging, this is bad news for you. For the typical vlogger, zoom and flash features are almost useless. However, if you plan to record travel vlogs, then it’s not a terrible idea to consider a camera that has a decent zoom feature.

The lens aperture is important, and a quality lens should have a wide aperture, which allows the lens to capture more light. A wide aperture is also great for improving the aesthetics of every vlog that you create, and it allows you to achieve a blurred background effect for your vlogs.

Some of the best 50mm lenses have a f/1.8 aperture. The amount of noise produced by your camera at a higher ISO setting also affects its ability to perform in low-light conditions. Unfortunately, this is something that you can only test while using the camera.

Wi-Fi is another useful feature to check for. As a vlogger, you’ll need to film and upload lots of vlogs. A camera that comes with built-in Wi-Fi can automatically upload your videos and make vlogging much easier. The Wi-Fi feature will be especially useful if you plan to upload your vlogs to YouTube, which can automatically sync with many modern cameras

A lot of people will put up with low-quality video, but the one thing that they won’t tolerate is poor sound quality. If you want to be a vlogger, you need to make sure that you’re filming with the best sound that you can afford.

If your camera can accept input from an external microphone, it can dramatically enhance your vlogs because it will be able to produce far better sound.

If you can’t find a camera that has an input for an external microphone, you should at least know the position of the camera’s built-in microphone. The best option for vloggers is a front-facing camera mic. When you turn the camera around to film, it will capture your face and absorb as much of your voice as possible.

A microphone located on the side of the camera can be troublesome because you’ll forget about it. You might accidentally cover a side microphone with your fingers and prevent it from recording correctly. These are some of the basic camera features that you need to check for.

The top pick is the Canon PowerShot S110 because it offers excellent value the money. With built-in Wi-Fi, it can transfer images to Android devices, PC, and social sharing sites.

It has a 5x optical zoom and a three-inch touchscreen. Since it can shoot 1080p video, it’s a great choice for vlogging. It has a high-speed burst HQ and high-speed AF. The Canon PowerShot S110 is powered by an NB-5L rechargeable lithium-ion battery, so it can be used away from a power source.

This camera is equipped with a Canon DIGIC 5 image processor, which delivers exceptional processing power and speed. It doesn’t require artificial light sources, and it automatically removes image noise. If you decide to buy it, you’ll find that this camera is particularly useful in low-light conditions. It will capture 1080p video and stereo sound.

If you’re looking for a 4K vlogging camera, consider the Sony FDRAX33. It will allow you to vlog with 4K resolution, and for superior image stabilization, it’s equipped with a ZEISS lens.

This camera features Direct Pixel readout for color gradation and smooth edges. The Handycam has a manual control ring for white balance, exposure, shutter, and iris. The Sony FDRAX33 offers versatile shooting because it uses AVCHD and MP4 codecs.

The 4K resolution exceeds what you’d get from full HD, and the images shot with this camera look extremely realistic and vivid. The ZEISS optics capture sharp 4K and use a 29mm wide-angle lens. With the Ustream feature, you can use this camera to broadcast live, which is great for vlogging cameras.

Another top 4K camera for vlogging is the Panasonic LUMIX DMC-G7KK DSLM. Unlike many of the other products on the market, this is one of the vlogging cameras that isn’t nearly as bulky and delivers superior image quality.

It comes equipped with several 4K modes, and it can be used to take images and videos. With fast, precise focusing, it automatically tracks the subject and makes vlogging easier.

The Panasonic LUMIX DMC-G7KK DSLM offers several different accessory options and comes with an interchangeable lens. It has built-in Wi-Fi sharing, which makes it much easier to upload vlogs. Since this camera shoots 4K video, it offers four times the level of detail that you get from full HD.

The Canon PowerShot G7 X is a top camera for professional vlogging. It features a high-sensitivity CMOS sensor, which is combined with Canon’s DIGIC 6 image processor.

The combination of these components delivers stunning image and video quality. This camera comes equipped with a nine-blade iris diaphragm and 4.2x optical zoom. With a multi-angle, three-inch touch panel LCD, it’s ideal for selfies and vlogging.

The Canon PowerShot G7 X captures 1080p full HD video, and the video can be filmed up to 60 frames per second. To make professional vlogging easier, it comes with built-in Wi-Fi sharing, and it has a one-inch BSI-CMOS sensor.

It offers five FPS continuous shooting and uses a nine-point AF system. It has an ISO 100-12800, which can be expanded to 25600. This camera is capable of shooting 1080p video in several different FPS settings and has a three-inch articulating touch panel LCD.

For continuous tracking of moving subjects, it has Movie Servo AF. The Canon EOS Rebel T5i EF-S serves as an upgrade for the 650D, it’s a top choice for professional vloggers. It offers responsive operation and has an input for an external microphone.

The Canon PowerShot S120 is a popular choice for vlogging cameras among professional vloggers. With built-in Wi-Fi technology, it lets you wirelessly transfer captured video, and it makes it especially easy to upload the video to social sharing websites.
This camera captures video in 1080p full HD, and the built-in microphone records stereo sound. It has a 12.1-megapixel CMOS sensor, which has been combined with the Canon DIGIC 6 image processor.

These features provide exceptional performance in low-light environments. The included f/1.8 lens has a wide-angle view and works well for vlogging. The Canon PowerShot S120 comes with most of the features that professional vloggers will find useful.

The Sony DSC-RX100M III is a popular mid-range vlogging camera and comes with a 20.9 MP Exmor R CMOS sensor. With the one-inch sensor, this camera has no trouble capturing video in low-light conditions, which makes it perfect for vlogging.

It allows for continuous shooting at 10 FPS, and you can use the pop-up OLED viewfinder to improve your filming. Although it comes with ISO 160-12800, it can be expanded up to 25600.

The Sony DSC-RX100M III has a three-inch TFT LCD display, and the screen has enough dots for easy viewing. If you’re looking for a great mid-range vlogging camera for shooting 1080p video, then this product is worth considering

The Sony NEX-5RK/B is another mid-range camera for vlogging, and it delivers DSLR quality with half the weight and size. To shoot a stunning video, it uses a 16 MP APS-C sensor, which can shoot up to 10 FPS. It has a fast hybrid AF and phase detection.

Although it’s not a DSLR camera, it delivers a level of focus that is like what you’d expect from a DSLR. It has a Wi-Fi sharing feature and can be used with several downloadable camera applications.

The Sony a5100 has a very fast autofocus and 179 AF points. It can be used to capture life in full HD, and it’s equipped with a 24MP APS-C sensor.

With built-in Wi-Fi, it allows you to instantly share the captured video with your computer. The Sony a5100 can record 1080p video at up to 60 frames per second. It uses a rechargeable battery and can provide plenty of uninterrupted recording time.

(It may also be counted in the beginner range)

The Canon EOS Rebel T4i DSLR uses a 14-bit DIGIC 5 processor and can shoot 1080p HD video, which is ideal for vlogging. It has a nine-point AF system and offers five frames per second continuous shooting.

With an 18MP APS-C hybrid CMOS sensor, it has no trouble capturing video in low-light conditions, and it has a three-inch LCD touchscreen. The Canon EOS Rebel T4i DSLR is equipped with a built-in stereo microphone, but it also has an input for an external microphone.

Regardless of your experience level and goals, you should have no trouble finding great vlogging cameras from this list, and you can use it to make your own vlogs.

Despite what you’ve been told, vlogging isn’t reserved for the rich and famous, and after you purchase a camera, you can start creating vlogs and telling your own unique story.