Apple will update the entry-level AirPods and AirPods Pro next year along with a new HomePod; AirPods Studio delayed 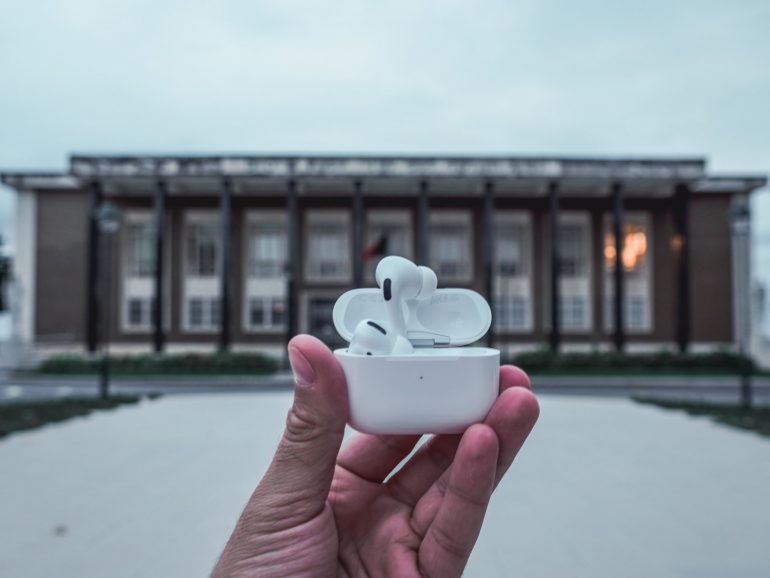 Apple is working on updating the AirPods lineup and introducing a new HomePod that’ll sit right in the middle of the $99 HomePod mini and the $299 HomePod, according to a Bloomberg report. Apart from that, the report also states that the rumored Apple-branded headphones dubbed AirPods Studio are delayed.

Apple will launch two new models of AirPods: an update to the entry-level model and the AirPods Pro. The entry-level AirPods, which will probably be called third-gen AirPods, will adopt AirPods Pro’s design with a shorter stem and silicone tips. However, these will not feature any of AirPods Pro’s premium features like Active Noise Cancelation and Transparency modes.

Controversial if it ends up being true, Apple is planning to eliminate the stem on the next version of AirPods Pro to achieve a more compact form factor like the Google Buds and Samsung’s Galaxy Buds Live. However, the report states that this design decision could change at the last moment since Apple’s finding it difficult to incorporate the noise-canceling tech along with wireless antennas into a smaller form factor.

There’s a chance Apple may launch the new AirPods in the first half of next year.

Apple is also working on a new HomePod that will sit right in the middle of the HomePod mini and the original HomePod. However, the fate of a new HomePod doesn’t look good as the report states that Apple is still deciding whether it should release a new HomePod or simply update the original with improved hardware. I doubt people need a mid-tier option, though.

If you were optimistic about a pair of Apple-branded over-the-head headphones, this may be disappointing. Although, not more than their leaked design.