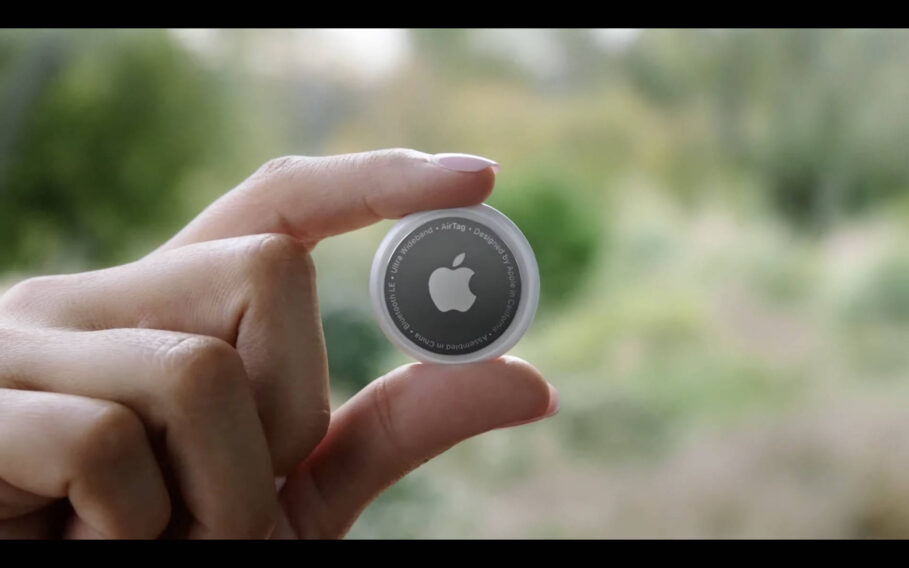 Apple today unveiled the long-rumored AirTag at its “Spring Loaded” online event today. AirTags are Apple’s Tile-like trackers that can be clipped to your personal belongings and can be tracked from within the FindMy app on a user’s Apple device. An AirTag costs $29 and a pack of 4 costs $99.

The AirTag will be available starting April 23 at 5 a.m. PDT.

The AirTag includes Apple’s proprietary Ultra-Wideband (UWB) technology that is essentially a radio technology that uses minimal energy for short-range, high-bandwidth communication between devices over a large portion of the radio spectrum.

Each round AirTag is small and lightweight, features precision-etched polished stainless steel, and is IP67 water- and dust-resistant.2 A built-in speaker plays sounds to help locate AirTag, while a removable cover makes it easy for users to replace the battery.3 AirTag features the same magical setup experience as AirPods — just bring AirTag close to iPhone and it will connect. Users can assign AirTag to an item and name it with a default like “Keys” or “Jacket,” or provide a custom name of their choosing.

The Apple Newsroom post announcing the AirTags explain how they work in conjunction with the FindMy app on your iPhone. It’s well worth a read.