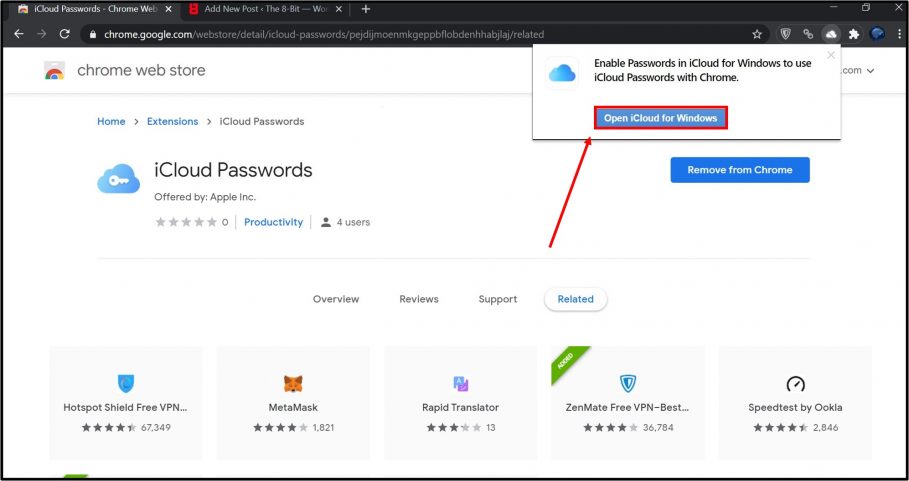 Update: Apple has reinstated iCloud version 12 on the Microsoft Store that brings the iCloud Passwords extension to Chrome on Windows 10. We tested it out and it seems to work perfectly. Here’s our guide on how to set up and use the extension.

Apple seems to have pulled the iCloud update numbered version 12 that brings support for the iCloud Passwords Chrome extension.

It’s unclear why Apple pulled off the update. But the host of user-reported issues with the extension could be a reason.

Apparently, ever since the iCloud 12 update which enabled support for the iCloud Passwords extension, users had been facing problems with the extension including faulty implementation of two-factor authentication and the plugin not working altogether.

Today, users started reporting on the iCloud Passwords extension page on the Chrome Web Store that the latest version of iCloud that supports the extension isn’t available anymore from the Microsoft Apple Store.

We were able to install and test the extension for ourselves. We even wrote an in-depth guide on setting up and using the extension on Google Chrome for Windows.

Initially, it worked perfectly for us, but later on, a 2FA code started prominently glitching on the bottom right corner of the screen on our Windows PC no matter what website we accessed.

Right now, you can still install the iCloud Passwords extension from the Chrome Web Store, but it leads to the iCloud support page instead of the iCloud app on Windows after installation.

A possible explanation for the withdrawal of the iCloud 12 update could be that Apple is working to fix these problems and doesn’t want users to continue using it until then as these issues could potentially risk security.

Apple originally launched the iCloud Passwords extension on January 31, 2021, for Chrome users on Windows 10. The extension allows users to autofill passwords saved on iCloud Keychain to websites they access on Chrome on their Windows PCs.

Stay tuned to The 8-Bit for further updates on this topic.