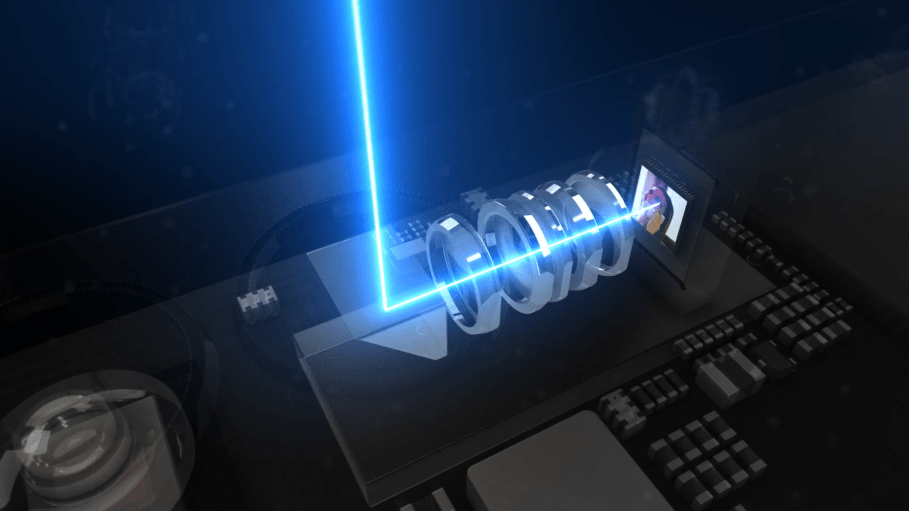 Apple is reportedly planning to include “folded cameras” in future iPhones and is currently seeking suppliers, according to a report by a Korean website ETNEWS.

The report cites industry officials who are familiar with a situation related to the development of iPhone cameras. They believe that the Cupertino-based company is looking for appropriate folding camera optics and patents in order to improve optical zoom on iPhones. Moreover, Apple has also had talks with an unnamed company regarding this matter.

Folded cameras are pretty much a novel technology that can be used to offer better optical zoom without increasing the thickness of the device.

Regular optical camera systems stack the lens and the image sensor one above the other to achieve an adequate focal distance. A longer focal distance translates to optical zoom with higher magnification.

Thankfully, folded camera tech solves that problem. Instead of stacking elements vertically, a folded camera system stacks them horizontally while reflecting light through a prism. This lets manufacturers push the extent to which smartphone cameras can optically zoom, thereby improving other camera features such as Bokeh or portrait mode shots. As an added benefit, it also potentially reduces the size of the camera bump.

According to Meritz Securities, Apple will be adding folding cameras to the 2022 iPhone lineup.

A previous report from Ming-Chi Kuo also stated that Apple would be launching “periscope” cameras (another name for folded cameras) within iPhones in 2022.

He stated that Semco and Sunny Optical, Korean and Chinese lens suppliers respectively, would supply Apple with the folded cameras. However, today’s report states differently.

Today’s report states that Apple may face certain problems while acquiring folding camera modules. And the root cause of those problems maybe Samsung.

According to an official from the camera module industry, as quoted in the report, “Ball-type actuator is the key to the folded camera, and patents related to the actuator are in possession of Corephotonics that was recently acquired by Samsung Electronics. It is heard that Apple is not able to easily design a folded camera structure due to patent issues.”

Due to this, speculation within the industry has emerged pointing towards a probable partnership between Apple and Samsung.

Despite such speculation making rounds, some people, according to the report, believe that Samsung won’t agree to supply Apple with folded camera modules.

“Because it is difficult for smartphone manufacturers to differentiate their products from others due to upward leveling and because cameras particularly are the most important feature for consumers, there is a chance that Samsung Electronics or Samsung Electro-Mechanics will not cooperate with Apple in order to maintain the competitive edge of Galaxy smartphones.

Another official from the parts industry stated that there is a chance that the management of Samsung will not agree to a request from Apple as such request can damage the competitive edge of Samsung Electronics’ smartphone business.”

There could be a possibility that Apple may find an alternate solution or ultimately convince Samsung for the partnership.

You can read about folded cameras in detail at the Corephotonics website.