An iPhone user switches to an Android device for a week! 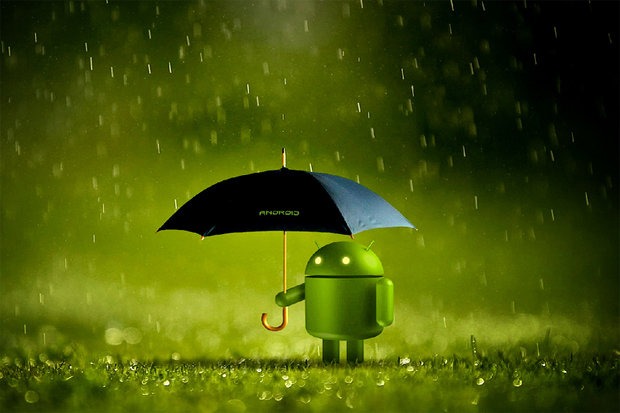 I was kind of bored using the same and outdated software design on the iPhone with the pre-arranged app grid. Thank God the icons on the grid have their own unique color and logo. At least that makes the user experience much tolerable. Add up some blur in overall system design and you are good to go. Despite all that ‘design hate’, iPhones have never let me down in any of the tasks I intend to do. If I want directions to any place, I fire up Siri and I’m good to go. Even then, I decided to switch to an Android device just because I was way too much bored with my iPhone.

So, I’m going to share my experiences of one week’s usage of an Android phone by me, an avid iPhone user. Here’s what I’ve noticed!

1. Notification grouping is kind of bad in Android.

When I would press the lock button on my iPhone, I would see a huge list of notifications in which each notification from a single app would be displayed separately. Though, on Android, that’s not the case. Android does group your notifications efficiently and you would love it in the beginning. But, as you use it more, you will be damn annoyed just because you will have to swipe down twice or thrice to look further into a message. This can also be explained clearly with an example. WhatsApp, an app that is the most common means of communication nowadays, displays notifications based on a single message on the iPhone and groups messages from senders in a single message from which you have to swipe down to reveal individual messages. So, you’ll think that this feature is good, right? It’s not. It becomes a pain in the arse when you have to swipe down, again and again, to reveal messages while you get to see individual messages directly on the iPhone.


Apps on the iPhone are arranged in a proper grid with app icons that have the same poppy design. The app icons somehow appear to be 3D. While on Android, the apps have different shapes based on their logo and look weird when they are arranged together. Also, finding apps in the app drawer is a nightmare. I would have to search for the app that I had to use by searching in the search bar in the app drawer. And just because of this, most of the apps on my Android device remained unused. Trust me, scrolling apps is worse than swiping on them. 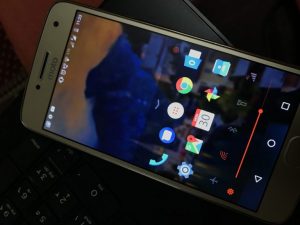 The thing about iPhones is that they are running an outdated software design and that clearly reflects from its home screen. The app grid hasn’t changed since the original iPhone. Android, in this part, is far ahead than iPhone. Even if you don’t like the default app drawer that your smartphone company provides, you can download a simple launcher from the play store and voila, you’re good to go! Launchers are not only limited to app grids and all, they can help you in changing the overall look of your device’s software. Also, certain launchers now offer super-cool functionalities like gestures and one-swipe news and everything else. The moment that you feel bored using the same design, just get a new design by downloading another launcher from the play store. The best one I would suggest is the Microsoft Launcher on the Google Play Store.

4. The keyboard on the iPhone was better.

iPhones are mostly used as business phones. Most companies prefer to give their employees an iPhone. This is because iPhones are made in such a way that they don’t sacrifice either quality or security. So, the iPhone keyboard is the best keyboard out there believe it or not. After using the Android keyboard for a week, I wasn’t satisfied with the build of it. I would consistently make mistakes and oh god the default vibration of the keyboard made my fingers sore. Also, I did not like how the Android keyboard occupies most of the space on the screen. It is fairly inconvenient while chatting on WhatsApp or any other messenger.

5. Scrolling on Android is too fast to be good.

Every once in a while, if you want information about something, you go to Wikipedia and search for something and if it’s interesting, you scroll down more. On iPhone, scrolling is smooth and limited. On Android, just a little flick will scroll to the end. So every time, you scroll, on any app, you’ll have to stop the scrolling action midway so that you don’t scroll to the end. This action is even worse in the Instagram app. You can’t see a single photo without pushing your hands towards the screen to see the photo not scroll away.

6. Apps crash a lot on Android! 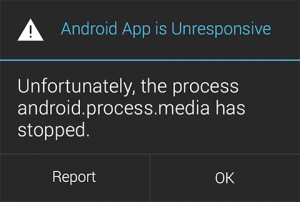 My favorite app on any smartphone is Reddit. I use Reddit a lot. But Android makes it difficult for Reddit to stay open. It always crashes. The crashing doesn’t only end with Reddit, instead, Twitter is the most crashy app on Android. And trust me I use a phone with latest Android Oreo without any ROM to clarify. Also, whenever I tried to open a notification by Twitter, it took ages to open that notification. So all that left a bad impression of Android on my mind.

7. Gestures help me move along! 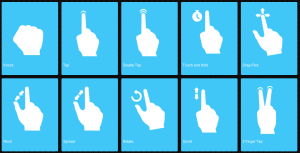 Android phones are usually known for their customizability. So it’s good that I can use gestures on certain launchers to do tasks. Example: Opening an app by swiping up and locking the device by double tapping the screen etc. It made my tasks easier and I was able to do stuff in an intuitive manner. Though, the app crashing issue still bugged me.

8. I love how I can manage media on Android.

Although I did not watch any movies or so on my Android device for the week, I was pleased with how I could open and watch any kind of media file and it would run smoothly. While on the iPhone, only mp3 and mp4 files are supported to be played. This is a big downside on the iPhone. Wel, I think Apple doesn’t want to risk iPhones being affected by malware induced through media files.

9. The software update process is better on the iPhone!

I’m not talking about the normal OTA updates here. I’m talking about flashing software onto your phone. While the Android community offers a lot of software options that you can flash on your phone, the flashing process is difficult and rather dangerous for your phone. Whenever I’ve tried to flash my Android phone with a ROM or an official firmware, I’ve experienced some serious issues. An issue that would’ve wiped my device completely or would’ve bootlooped my device. Also, the tedious process of unlocking the bootloader before flashing anything is really boring and time-consuming. While on the other side, the flashing a new firmware on the iPhone is buttery smooth and almost without any hiccups. Just connect your phone to the PC or Mac on which you have iTunes installed and you are good to go. But, the downside is that you can only flash firmwares that are currently signed by Apple. Even in the worst of cases you can just connect your phone to the computer and get back where you were. That’s the beauty of simplicity. 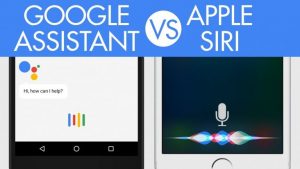 I wanted to go to a driving school to get an admission there. I fired up Google Assistant on my Android phone, and said: “Show me driving schools around me”. It immediately advised me to turn on my location. That’s fine! But then after turning on the location, the assistant refused to show me the results. I tried turning off the location and turning it back on. But it did not work. At last, I switched off the phone and restarted it. This was the last time I used Google’s assistant. On the middle of the road, I switched back to my iPhone which usually always stays in my pocket and fired up Siri. It instantly showed driving schools around me. I was finally relieved.

After using the iPhone for over 5 years, I had the need to try Android and I did. But I guess Android is not for me with all the disregards I have towards it. I will forever be an iPhone user or you can say an Apple Fanboy.

But at the end of the day, its all based on your personal preference.

If you are a Business user and don’t care about customizability, then you should also definitely go for an iPhone. OR if you are an avid customizing fan then Android is for you!

Also, know why Android is better than an iPhone.

Have a nice life!