myMail E-mail app review: Everything has its limits

E-mail is the most important medium of communication for businesses, organizations, websites and even for individuals. However, unlike before, we can’t wait to get hold of a desktop PC or rather a laptop to check our e-mails. That’s where portable phones come in, using which you can almost do anything that you can do on a PC, instead, faster.

Although, it is very inconvenient to use browsers to browse e-mails on smartphones. To fix that issue, we have e-mail apps. When the first Android phone and the first iPhone was launched, we had no other option than to use the default e-mail apps provided by the manufacturers. However, they were tremendous at handling e-mails.

Later on, as the world of mobile technology advanced, you and I were introduced to the App Store (on the iPhone) and the Play Store (on Android) which initially contained very few apps. Most of them, if we view from today’s perspective, were irrelevant as they offered very limited functionality. However, at that time, people were kind of crazy about those apps.

But, as time passed, e-mail apps improved themselves and are available to us in the best form today. The myMail app is one such e-mail app that has gained immense popularity. Anyways, I just have one thing to say about it-

It does things, but not better than other options available out there.

I tried the myMail e-mail app for one week and was kind of disappointed. After giving in to some recommendations from my friends, I thought of trying it. Basically, I have numerous e-mail accounts to manage as I run this blog. And I haven’t yet found an app that nails everything including the notifications, the refresh rate, and the overall management. 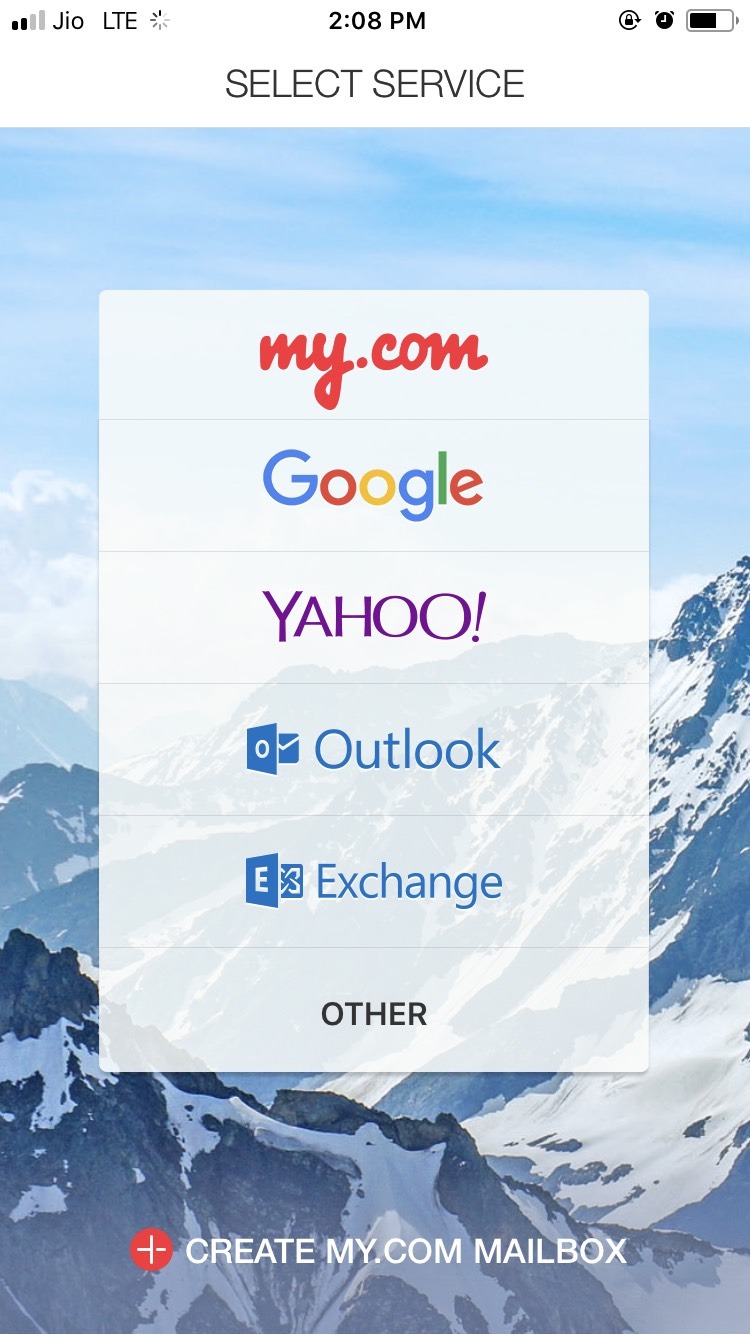 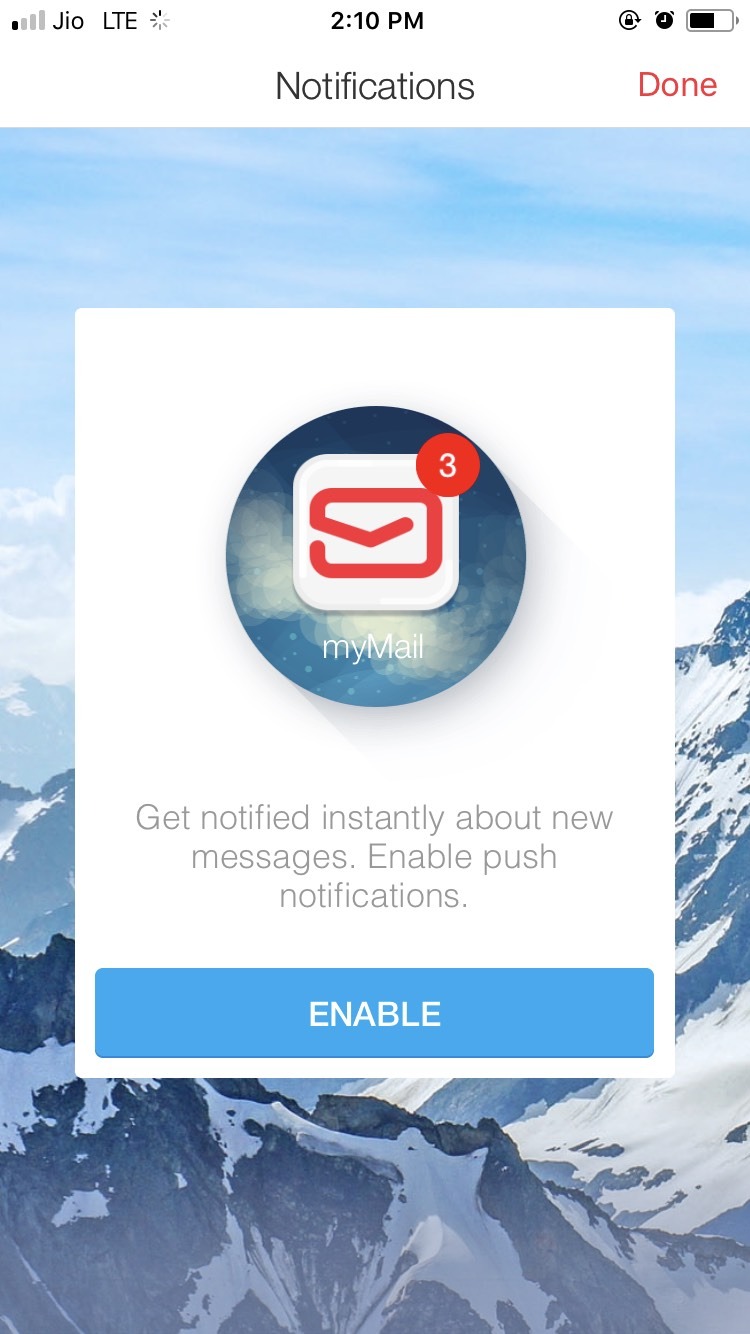 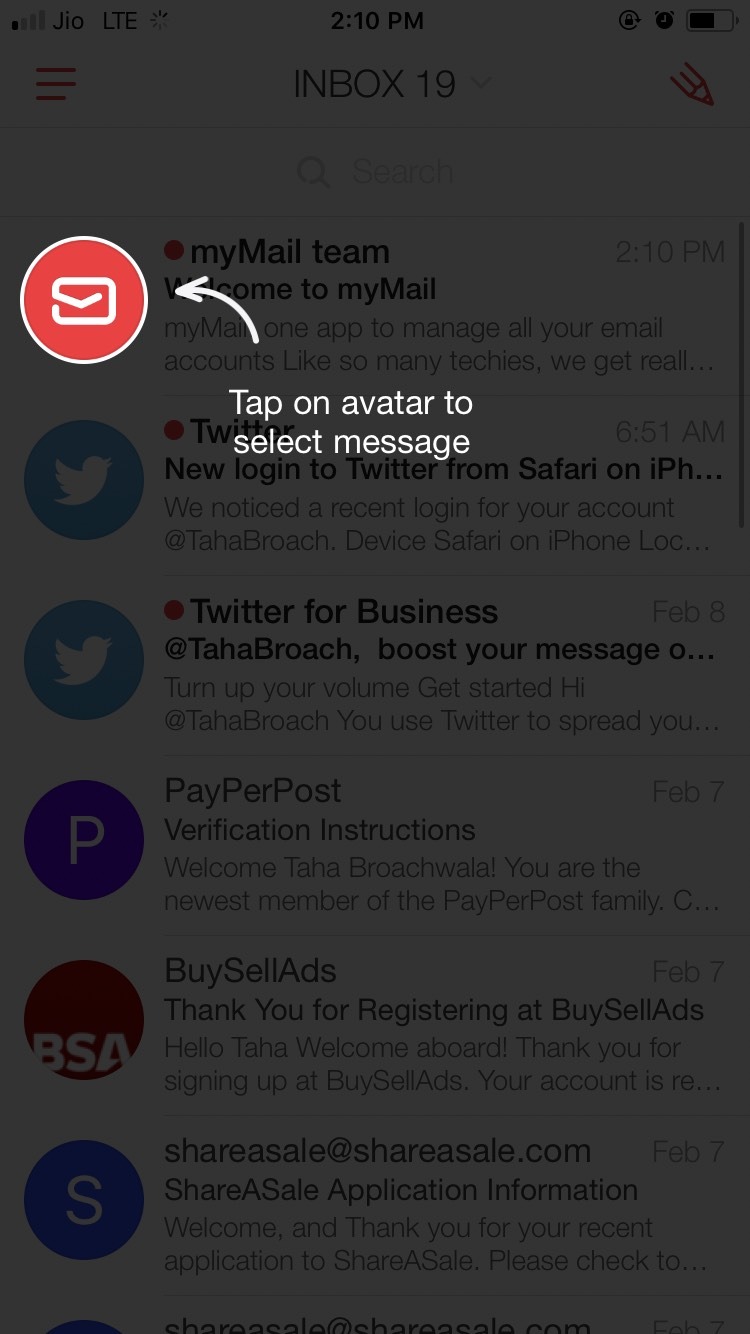 When I started the app initially, it displayed this beautiful setup screen which looked kinda childish. It is basically because of the type of font and the background wallpaper that the app uses. Moving further, as soon as I logged into one of my e-mail accounts, another visually perceptive screen greeted me with the option to enable e-mail notifications.

Having a childish like theme on an e-mail app automatically depletes your trust. You can multiply that feeling by 2 if you are transitioning from apps like Outlook and Gmail. Now, as you dive right into the core tasking screen of the app, you’ll realize its simplicity. Unread e-mails are marked by a red dot. E-mail listings have a visually striking design. Although, you cannot compare it with bigger, and better-designed apps like Spark by Readdle.

And, again, the presence of childish design components is bounteous. Although adding more to the functionality-side of things, you can customize how this app looks from the inside. For instance, you can enable/disable avatars, message previews, ads, threads, and even custom freaking keyboards. I literally feel these options are the only reason one would ever consider this app to be as their main e-mail companion.

Apart from normal e-mailing, this app offers a shitload of other features. Although, let’s concentrate on regular e-mail features first. Just like any other e-mail app out there, you can swipe your e-mail tabs to either mark them unread, flag them, archive them, move them in folders or mark them as spam. Well, you can also do a single-tap on the avatar and perform the same actions. As for me, tapping on avatar seems like a better option.

Tapping inside an e-mail, you can still perform all those actions that I mentioned before plus get an option to readily unsubscribe to mailing lists via a simple button. The e-mail screen of myMail feels like a combination of Gmail and Apple mail painted in red.

Sending e-mail is a breeze. Although, for some reason, I had a hard time sending a 7MB attachment through this app. Result: I had to use the Gmail app.

Apart from that, it allows you to open links from an e-mail in a default browser of your choice. I had Chrome, Firefox, and Safari on my iPhone; so, I chose Safari. Although, this app also has its own internal browser which kinda looks like a safari browser, except all of its elements, have been tinted red.

The app also doesn’t have any problem handling notifications. I did not notice any delay in notifications as I usually do, using Apple Mail. Cache handling is also prominent in this app as it lets you control the limit of cache to accumulate. Additionally, it also allows you to manually clear the cache within the app itself.

The makers of this app thought of security as a potential feature and added the PIN and TouchID protection to myMail. Meaning you can have ultimate privacy with your e-mails. This is not seen very frequent with other apps, making me appreciate this app more.

As for me, I’m better off with my Gmail app. The instance where the app failed to send a normal attachment was a major set off for me. It handles everything perfectly, except the main thing it is programmed to do. Although, I would recommend this app for users who aren’t as much involved in the e-mail game. myMail is for those who don’t care if there are 36500 unread e-mails waiting to be read in the inbox.