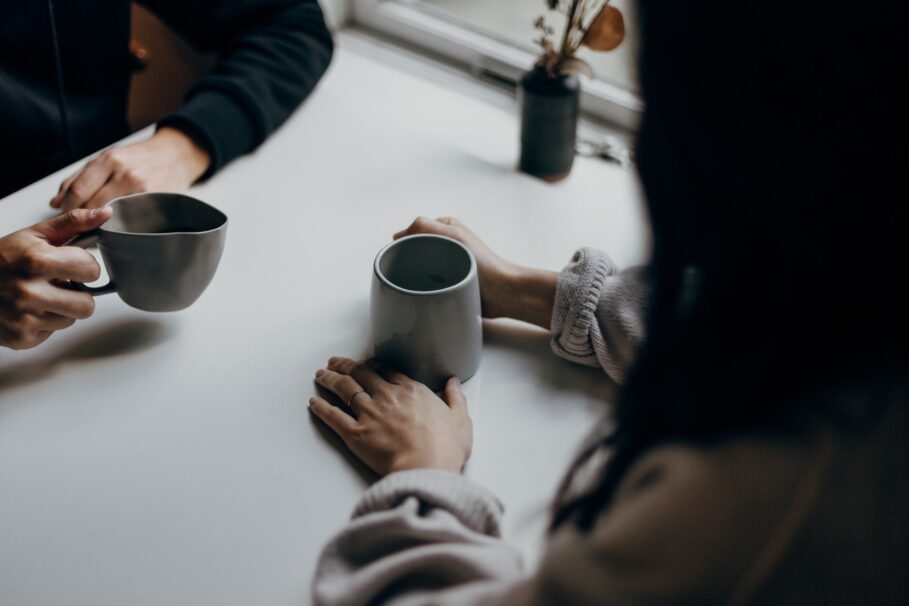 In real-life conversations, the hard part is usually at the beginning. Once you’ve got things going, it gets a little easier. If you’re using a random video chat site like ChatSpin, though, you may find that you have to work a little harder to keep people’s attention.

After all, nobody can use a “next chat” button in real life, and it’s pretty awkward to leave a conversation right in the middle simply because you aren’t enjoying it. Random video chatting has a different dynamic entirely because everyone there is already predisposed to chat with strangers – but they just might decide that they don’t want to chat with you.

So, what would make someone perceive you as a great chat partner? While factors like lighting, background and personal appearance play a part, they’ll also be looking out for red flags like lack of enthusiasm, or a tendency to hog the conversation.

You may notice that none of the points below have much to do with actually being good at talking. If you have a decent grasp of English (or whatever language you’ll be video chatting in), that’s all you really need.

Video chatters aren’t looking for orators; they’re looking for people they can have fun with. If you aren’t bothered if you trip over your words once in a while, they probably won’t be either.

Say hello (or hi, hey there, or howdy)

Random video chats can be a mixed bag; everyone knows that. Out of the thousands of random chatters on the average chat website, you’ll have loads of options for entertaining interactions.

However, you can also find some pretty odd characters. Whether they’re trolls, jerks, or misguided amateur performance artists, some interactions are simply best avoided.

This is why, if you start each chat with a basic greeting, it tells the other person that you care about making them feel comfortable.

Even if one of you ends up deciding that the chat isn’t for them, you’ll be able to figure that out sensibly, instead of making a snap decision that might have been incorrect.

Talk about what you’re there for

If you can give the chat a clear direction from the get-go, your chat partner will be less likely to look for someone else. “Random chats” are only supposed to be random regarding the chat partners you end up with, not in the actual conversations.

Even so, a lot of people rely on a stream-of-consciousness approach, so it’s hard to tell whether or not you’ll actually enjoy a chat until you’re neck-deep in it.

You can save yourself and your chat partners some time by telling each other what you want to talk about right at the beginning. If you’re there for the same things, great! If not, there’s no need to keep the chat going – time for a new one.

Come prepared, but be flexible

If you’re telling people what you want to talk about, that means you’ve already decided, right? In order to avoid rambling, it’s helpful to have some idea of how you want your chats to go. You don’t need to have a dozen specific topics already outlined; just think about what’s on your mind, or what you like talking about in any context.

Is there some drama in your life that you want to vent about? Maybe you just want to ask for advice on which kind of dog to get as a house pet. Or, you could search for people who share your love for Breaking Bad.

It could be just about anything; what matters most is that you already have something in mind by the time you’ve opened up the first video chat. That’s your side of the chat – but you’ll be talking with other people, who may have ideas of their own that they want to discuss.

Even if you get a chat partner who doesn’t know a thing about dogs and hasn’t seen Breaking Bad, you might enjoy whatever they happen to suggest. Just keep an open mind, and see what the random chats

If a chat partner thinks that you’re too intense, they’re more likely to take off. Even if you have the best of intentions, they won’t necessarily be able to tell.

They’ll be going on what they can see and hear from you, and if you get too worked up over something, that probably won’t contribute to their enjoyment of the chat.

What could this look like, anyway? Say you’re having a friendly debate, but you don’t quite realize how loud your voice is getting. Or, you really feel a connection between you and the person you’re talking with, and your enthusiasm is mistaken for getting clingy.

Perhaps you’re talking about one of your favorite things ever, but you get a bit carried away and come across as the kind of person who would probably talk to a fence post if random chatting didn’t exist. This kind of thing might not be a total deal-breaker for every chat partner, but it sure won’t help anyone stay interested in the chat either.

It’s great to hold up your end of the conversation, but try not to hog the chat! Even if you’re really on a roll, remember to give the other person a chance to respond; after all, this is a chat, not a monologue.

Even better, show that you’re interested in them by asking questions. What do they think? Have they ever tried such-and-such? You’re ultimately video chatting for your own purposes, but since it necessarily involves another person, it’s good to show them that you don’t just care about yourself.

There aren’t any particular instructions for this last tip; even so, it could be the most important! Remember the reason why you’re video chatting, even as you’re making sure to greet everyone or avoid rambling. As long as you’re authentic and open-minded, both you and your chat partners should have a great time!