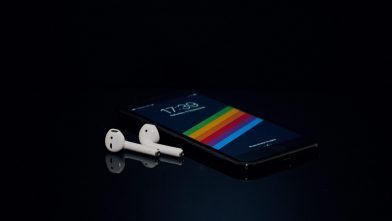 iPhone 8 and iPhone 8 Plus Review: An unattended child.

iPhones have influenced over a billion people on the planet. People love the iPhone. Well not all, but a majority of the consumers prefer an iPhone as their daily driver.

So, Apple is back at it again stunning people with their new product- The iPhone 8 and the iPhone 8 Plus. iPhone 8 is going to be a phone that millions of people will intend to buy as not everyone can afford the overpriced iPhone X.

The iPhone 8 and the 8 Plus also have wireless charging along with a fast charging mode.

Android phones got these features long back, but people actually begin using those features when Apple implement them.

Speaking of the iPhone 8 and the 8 Plus, their design feels old-school now, as this phone follows a similar design since 2014, since the release of iPhone 6. Though, this form of design isn’t Apple’s best design.

Speaking of the iPhone 8 and the 8 Plus’s design, the iPhone 7 and iPhone 7 Plus’s cases and covers fit them perfectly without any issues.

The glass back has its own charm. Apple stated that they have re-formulated the glass back in such a way that its stronger than ever.

So, the iPhone 8 suffers!

Apple offers the iPhone 8 in two colours- Silver, which is very familiar and Gold, which is more unique and eye catchy. The Gold variant seems as if someone would’ve dropped some cream and spread it all over the back to give this tasty look.

The third colour is Space Grey, which looks like the faded version of last year’s iPhone 7 Jet Black. Moreover, the bac of the iPhone also doesn’t mention the regulatory information, just the iPhone logo.

Though, the same design has dated and started to feel old and boring with those huge bezels. Those bezels just don’t do justice to the current trend in the smartphone market. It seems as if Apple has invested all of its design energy into the iPhone X.

None of this matters if you don’t have any intention to make a switch from iOS. I personally, can’t live without iMessage and all the iWork apps. Long things short.

The iPhone 8 is not going to give you a cutting-edge design, except if you buy an iPhone X.

As far as the LCD display on the iPhone 8 and the iPhone 8 Plus goes, there are a couple of new things, including the true tone display which uses the sensors present in the front to measure the ambient light and calibrate the display to show accurate colors.

The display also improves certain aspects from the iPhone 7, such as better color representation and more brightness.

The other thing in terms of hardware to take into consideration are the phone’s speakers. Speakers in the iPhone 8 and iPhone 8 Plus are stereo speakers and have placement just like its predecessor, the iPhone 7.

With these detailed stereo speakers, you can also feel the stereo separation. It’s really impressive.

The iPhone 8 and the iPhone 8 Plus also sport Bluetooth 5, which is the new standard for Bluetooth technology. This technology will save more battery life and also have blazing fast and better quality connections with Bluetooth 5 enabled devices.

Though the hardware being so impressive, Bluetooth management on the iPhone is a nightmare. Moving ahead, the glass back helps with the wireless charging and the standard for wireless charging that Apple uses is Qi (chi) wireless.

As we all know, the wireless charging method is very slow and gives just 15 % of battery in one hour of time. The iPhone 8 and the 8 Plus also support fast charging through cables.

You also can’t use your phone while charging wirelessly, not because you can’t but because it’s fairly inconvenient.

Now, the most anticipated feature of the iPhone 8 and specifically the iPhone 8 Plus, is the camera. The camera specs are the same as the previous year iPhones. Though, both the cameras have an all new sensor which produce more vivid images.

The images on the iPhone X have a slightly warmer tone. Apple is a unique company. Therefore, it follows a path of uniqueness, by not copying Samsung’s cheesy camera tricks from the software side to improve the imagery. Apple on the other side aims for reality.

The images look crisp clear and also show more realistic images that are very rarely enhanced by software. Considering the DXO Mark benchmark test for cameras, the iPhone 8 Plus topped the charts this time. What makes iPhone’s camera the star of the show is the new portrait lighting feature.

The iPhone 8 is a beast. It has the same processor as the iPhone X. The new processor is named as the A11 Bionic. You can see that Apple has begun to gain people’s attention by naming the processors intuitively.

Enter the A10 Fusion Chip.

You won’t believe it, the A11 Bionic chip is even faster than a i7 intel chip Macbook Pro.

iPhone 8 and the iPhone 8 Plus ship with the all new iOS 11. To read articles about iOS 11, check out our other posts.

10 Tips for iOS 11 that will make your life easier.

Still, some enthusiastic people will go for the iPhone X rather than the iPhone 8 and the 8 Plus.

Though, the phone has an altogether good image in the minds of people. Still, we are getting complaints about the iPhone 8 and the iPhone 8 Plus regarding some speaker problems. The true spirit of the iPhone will live on for now…… knowing that the iPhone X’s launch is not far away.