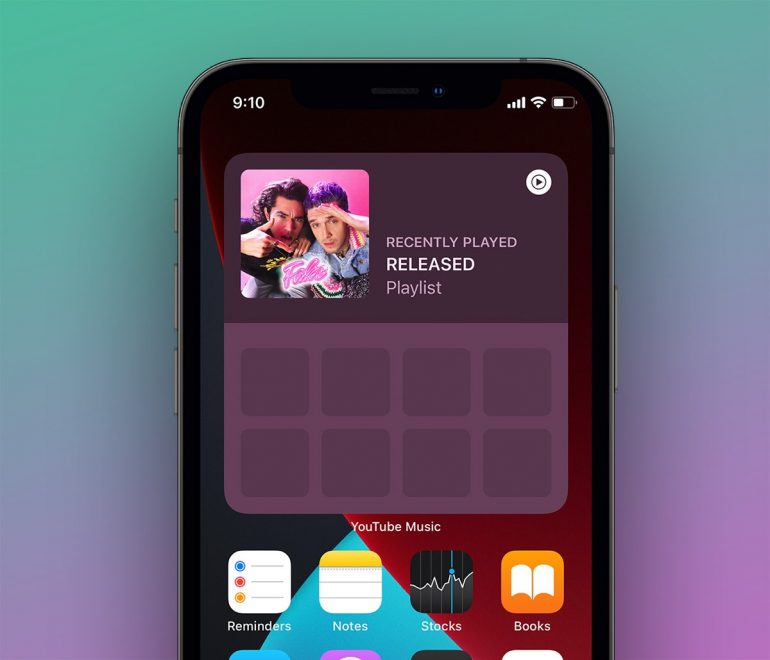 YouTube Music is launching its own iOS 14 home screen widgets and they are quite impressive. Google has been pumping out beautiful iOS widgets since Apple started allowing them and Google app’s widget is a testament to that.

Google’s widgets are even better on iOS than on Android and YouTube Music certainly carries that reputation further. There are in all three widgets to choose from of varying sizes and they appear just like any other music widget on iOS 14 would, featuring album covers, playlists, and upcoming songs.

Alternately, here’s a short version: tap on an empty space on your home screen until all the apps start jiggling. Once in “jiggle mode,” tap on the plus (+) icon on the top left corner of the screen, and an interface to add widgets will slide over from the bottom. Search for YouTube Music’s widgets and tap on your desired widget to pop it over to the home screen. You can also drag the widget to achieve a desired home screen setup.

iOS 14 finally started allowing adding widgets on the home screen. The widgets open up a world of possibilities for users. However, at the moment, they feel somewhat restricted since they aren’t interactive; only expressive.

Earlier this month, Spotify launched its own widget after a lot of anticipation from users and the existence of an unofficial Spotify widget that immediately rose to popularity.

YouTube Music has been steadily increasing in subscriber count, which is heavily aided by YouTube’s popularity. Google also killed off its Play Music app for good this week, allowing users to transfer their music library to YouTube Music.

Of course, I won’t be using it until it allows background music streaming without pestering me for a Premium membership.