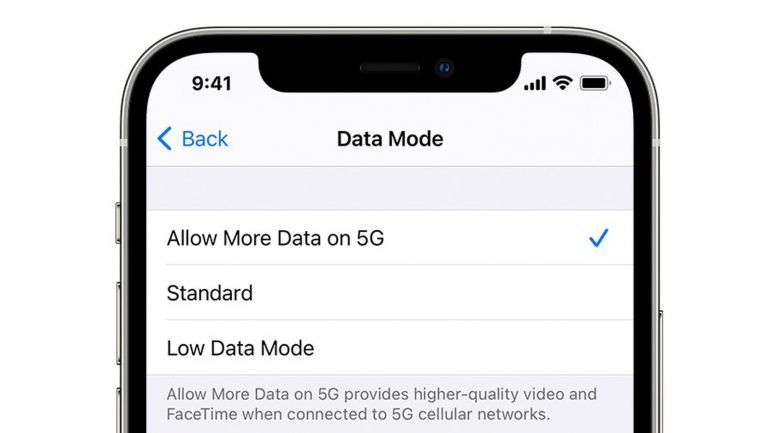 Since the iPhone 12 lineup now supports 5G, Apple is now allowing you to install iOS updates over cellular.

According to a support document recently posted by Apple, in order to enable the feature, you will have to head over to Settings – Cellular – Cellular Data Options and choose the “Allow more data on 5G” option under Data Mode.

It’s worth noting that this ability is only for the new iPhone 12 models and not the models preceding these.

The reason Apple had this limitation in place is to offer an equal experience for those in areas with limited cellular networks.

iPhone users had always been rooting for more flexibility while on a cellular network.

When it seemed like everyone had adequate cellular access, Apple lifted the 200 MB download limit with iOS 13. And now that the iPhone supports 5G, Apple is going one step further by allowing iOS software updates over cellular.

5G on the iPhone 12 also comes with a couple of asterisks. First, you cannot run 5G when you have two SIMs in your iPhone, except when you are in China. Apple may remove this limitation later in a software update.

Second, mmWave 5G—-faster version of 5G—-is only available on models sold in the US.

All said and done, there aren’t many use cases for installing iOS updates over a cellular connection. However, if you’re ever in a condition where it’s imperative to update while you’re out and about, you know it’s now possible.