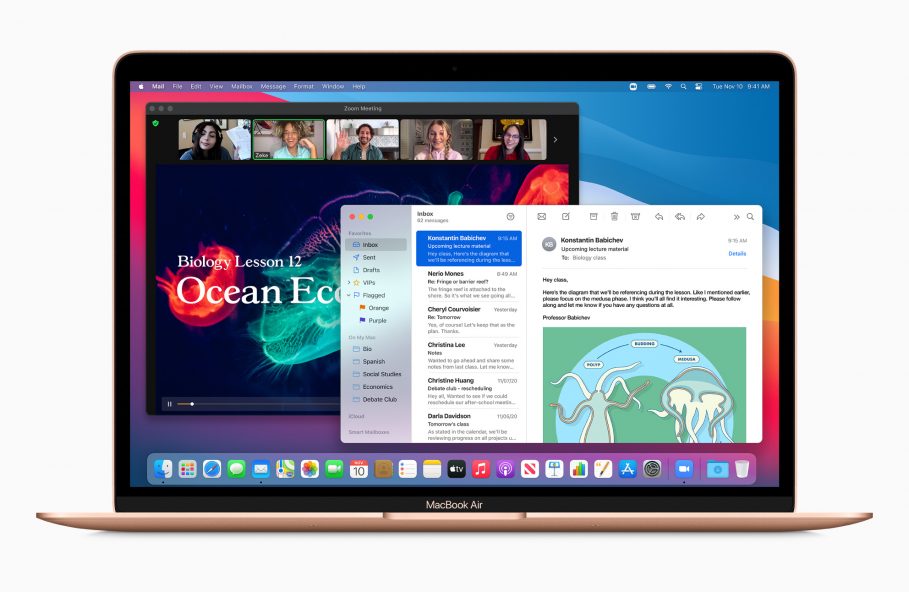 macOS Big Sur 11.1 has secretly added the ability to run iOS apps in full screen, allowing users to enjoy games and apps spanning the entirety of their Mac’s display.

Apple’s new M1 Macs include support for running iOS apps, especially since the architecture is now similar across both iOS and macOS. There are two different ways users can go about installing iOS apps on their M1 Macs. The first method involves downloading officially compatible iOS and iPadOS apps from the Mac App Store, while the second method makes you sideload an app’s .ipa file onto your M1 Mac.

Developers of officially compatible iOS apps have already made them as such that they appear like normal Mac apps on M1 Macs. The problem occurs upon execution of incompatible apps. They appear in the form of regular iPhone apps in the resolution of an iPhone’s screen. This means that users can’t enlarge those apps, which negates the whole point of installing the app in the first place.

Here’s The Verge’s Dieter Bohn explaining the issue much clearly than I can:

“Running some of these apps, it’s fairly clear in some cases why these developers haven’t immediately made them available for the Mac in the Mac App Store. Netflix, for example, is bounded inside a window and can’t be resized or go full screen (but it works, and you can even download videos for offline viewing). Instagram is relatively small on the screen, but it also runs fine, you can post, and it seems to hook into the right photo library and camera permissions. Many of these apps require Apple’s “Touch Alternatives” system to work.”

Now that Big Sur 11.1 includes support for running iOS and iPadOS apps in full-screen, users can finally take advantage of those apps on their M1 Macs in full screen.

The people that will most benefit from this addition are gaming enthusiasts. They will be able to sideload iOS-only games that are yet to be made officially ported to the Mac App Store. Several users have already taken to Reddit to share their experiences regarding the games they were able to run in full-screen.

u/HellNaw98, for instance, said that they could run Shadow Legends, Rumble Arena, and Grand Theft Auto: San Andreas on their Mac in full screen.

The full-screen support isn’t perfect, though. Some apps look weird since they do not match the aspect ratio of the display. But if you were eagerly waiting for full-screen support for an iOS app you sideloaded onto your M1 Mac, updating to macOS Big Sur 11.1 might do it for you.

Apple launched macOS Big Sur 11.1 yesterday alongside iOS and iPadOS 14.3, watchOS 7.2, and tvOS 14.3. You can head over to System Preferences – Software Update to install the update.

Let us know which app you were able to get to run in full-screen mode on your M1 Mac in the comments section below.