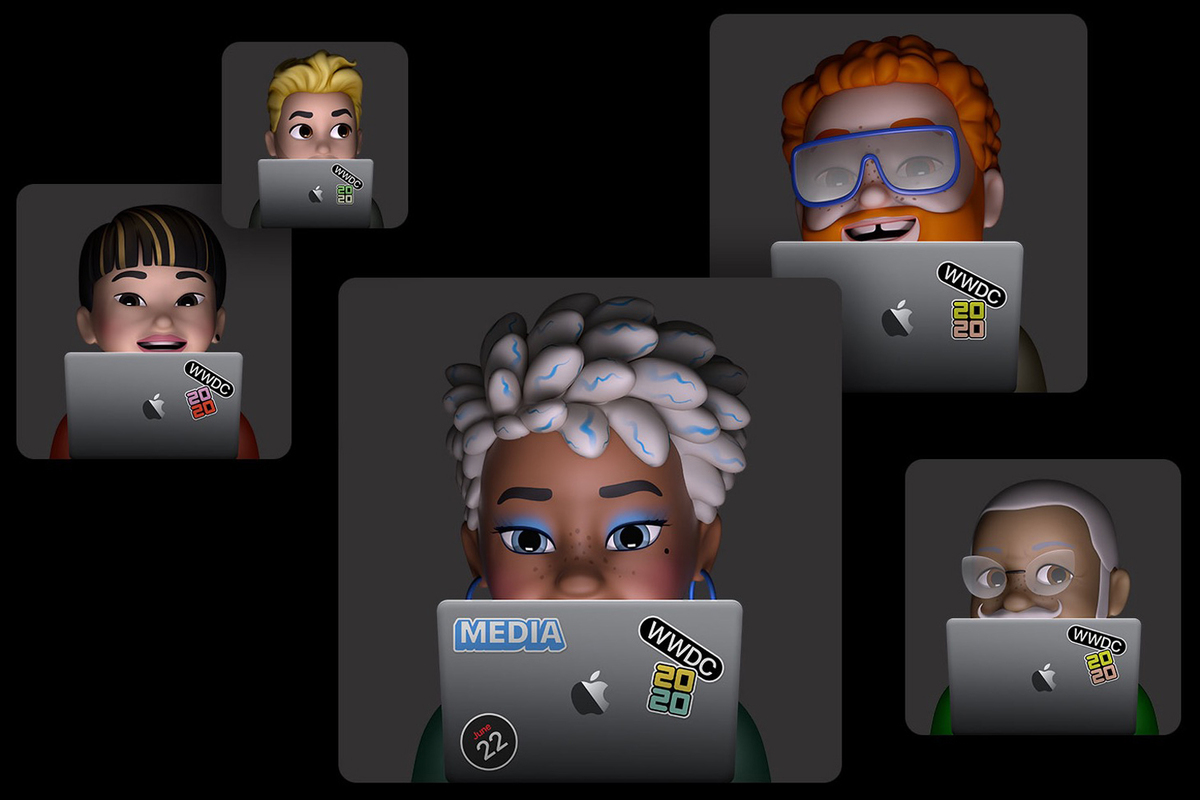 WWDC is only a day away. And despite the event being online-only due to COVID-19, there is a lot to expect from Apple’s announcement tomorrow.

This time, though, the aura around the event is different. Based on rumors, Apple is set to announce a major shift from Intel-based Macs to custom-made, in-house ARM chips. iOS may get its nostalgic name back and iOS 14 will announce new changes to the operating system.

Also, this year, Apple is hosting WWDC at a time when its increasingly being reprimanded for its developer policies. So, it’s incredibly weird. Even the EU has granted an antitrust investigation against Apple regarding its 30 percent and 15 percent cuts on subscriptions and app purchases. On top of that, recently, it was in the limelight for denying the developers of the Hey email app an approval to make the app available in the App Store.

WWDC 2020 is an all-online event due to the restrictions imposed by the prevailing conditions that are a result of the coronavirus pandemic. You can watch the live stream on Apple’s YouTube channel and also on Apple’s website, as usual. The event will be streamed live from the Apple Park campus in Cupertino.

That said, here’s what you should expect from Apple this WWDC:

Usually, the biggest announcement at WWDCs is the latest iteration of the iOS operating system. This year’s a bit different, though.

According to several reports, we’ll be watching Apple announce its new custom-made ARM chips for future Macs. Apple is doing this to shrug its way out of Intel’s bounds as a result of slower upgrade cycles and overall stagnancy in performance.

The ARM-based Macs will still run macOS as its operating system but will have tighter integration between iOS and macOS. Apps will be highly influenced by iOS and some of them may be entirely ported to the Mac, thanks to Catalyst. One of the examples will be the iMessage app on the Mac that will probably gain additional features like tagging participants and retracting messages.

The new ARM chips will also bring about performance benefits, unlike such that Intel could provide if Apple had still continued with them. The Apple-made chips should also be more power-efficient.

Thanks to an internal version of iOS 14 that was extensively leaked and sifted through, we know plenty about what the next iteration of the iPhone operating system will bring to the platter.

First and foremost, iOS may no longer be called iOS. Apple will probably revert back to the iPhone OS branding going forward. So, naturally, we’ll be seeing the “iPhone OS 14” launch tomorrow instead of “iOS 14” with a bunch of new features.

Don’t count on anything heavy, though. iPhoneOS 14 will be focused more on stability and bug fixes than introducing half-assed, buggy features. Despite that, the next iteration of iOS will have some changes here and there.

After the iOS 13 fiaschi took place, where the initial version of the firmware was riddled with bugs and glitches, the iOS/iPhone OS development team reportedly shifted to a new testing process.

Apple would, therefore, facilitate enabling and disabling features that have bugs in them for internal testers. This also means that some rumored features may not end up in the final product at all, or at least during the initial stages as they will be disabled by testers.

The most notable change in terms of the user interface will be the introduction of a list view for apps on the homepage. Instead of displaying icons in monotonous grids, iPhone OS 14 will offer them in a list format for easy accessibility along with different sorting options and, of course, Siri suggestions.

One of those sorting options will include displaying icons of apps that have unread notifications. Siri app suggestions will work smartly in an app list, offering smart app suggestions based on location, time of the day, and several other factors.

For instance, the list view will show the music app at the top when you reach the gym as a part of Siri Suggestions. Moreover, this feature seems to be inspired by Android’s app drawer.

Then, iPhone OS 14 will restructure the wallpaper settings to be open to third-party apps. The wallpaper tab will also categorize wallpapers based on the contents in them. So, for instance, if a wallpaper has a flower in it, iPhone OS will recognize it and offer all the wallpapers with flowers in it together in one place.

Further, Apple is said to be concentrating a lot on augmented reality with respect to iPhone OS 14. It has probably prepared an app codenamed “Gobi” internally that reportedly scans proprietary QR codes. This app will give us a sneak peek on what’s under the wraps regarding the future of augmented reality at Apple.

Other apps also are in the pipe and are set to be announced tomorrow. One of those is the fitness app that Apple is planning to release alongside iPhone OS 14.

According to MacRumors, the app is codenamed “Seymour” internally and will feature various guided fitness workouts. Moreover, the app would finally end up being named “Fit” or “Fitness.”

iMessage is also set to receive an update on iPhone OS. It will reportedly grab some of WhatsApp’s most-used features like participant mentions (“@-participant,” for example.) and message retracting.

Speaking of apps, Apple will also make third-party apps more inclusive within iPhone OS by allowing to set them as a default option. So, with iPhone OS 14, you would be able to set, say, Chrome, for instance, as your default browser.

iCloud Keychain will also see some updates being announced tomorrow including support for two-factor authentication and features reminiscing apps like 1-Password that would remind users to regularly change their passwords.

Apple will also probably announce a new API dubbed “Clips” that will enable developers to provide snippets of their apps to users who want to perform specific in-app tasks without having to install the entire app. Users could access the snippets by scanning a QR code.

Lastly, Apple is planning on adding a new “For You” tab in the Apple Podcasts app while also offering creators a way to provide bonus content to listeners. This move is probably in response to Spotify’s increasing dominance over the podcasts market.

Many other leaks exist that further detail the changes in the upcoming iPhone operating system. However, it’s unlikely Apple would announce those onstage with full pomp. At the least, they’ll end up in a cumulative slide in the backdrop.

There’s yet another feature that’s supposed to end up in iPhone OS 14, but it’s somewhat unlikely it will — widgets on the home screen. Rumors about this addition have been scarce and enough indication doesn’t exist to support its probability to be announced tomorrow.

Even then, there is a chance Apple will announce this feature onstage tomorrow. If that’s the case, the widgets would sit alongside the icons on the home screen and would be movable just like app icons.

iPadOS saw the biggest changes at the World Wide Developer’s conference last year. The firmware update brought about a radical change in how an iPad functions.

Features like better multitasking and widgets on the home screen pushed the iPad further into the world of tablets and pitted it against the realm of laptops.

The iPad is still far from being called a laptop, but it is inching closer. For now, it’s probably the best version of a tablet.

That said, this year, the iPad isn’t reported to get much standalone WWDC love. Don’t get me wrong. It will receive most of the iPhone OS updates mentioned above, but there will be only a few additions that are specific to the iPad.

According to MacRumors, iPadOS may receive a handwriting-to-text feature that would work in any field in the operating system. Apple will update its PencilKit SDK to make this possible.

Apple Watch has been the wearable of the decade. Despite that, there’s very little Apple can do to refine within watchOS 7. It’s already sufficient for most people.

Several rumors, since a few years, had been suggesting that Apple would launch a native sleep tracking feature for the Apple Watch. But we haven’t seen it so far. This year, though, the rumors are stronger.

However, it’s still unclear if Apple will release sleep tracking on the Apple Watch with watchOS 7, especially considering the fact that sleep tracking may require specific hardware. It’s just that the chances seem better this year.

watchOS 7 will also probably support blood oxygen tracking. However, since the feature demands specific hardware, it’s unlikely Apple will announce it alongside other watchOS features tomorrow. Instead, the company could do that when it launches the next Apple Watch.

Speaking of other watchOS features, Apple will add an option to share custom watch faces among users. The Apple Watch will also receive a new Infograph Pro watch face and better parental controls.

Users have long demanded Apple to introduce the ability to use third-party watch faces on the Apple Watch. Unfortunately, it’s improbable that the feature will land on watchOS anytime soon, if not tomorrow.

For one, since tvOS is the operating system that powers both the Apple TV and the HomePod, changes that Apple introduces to the software will apply to both as well.

The HomePod will achieve support for third-party defaults, meaning you could play Spotify natively on your HomePod using Siri going forward.

Apple will also add a fair share of features to Apple TV. For example, the Fitness app from the iPhone would be ported to tvOS featuring the same guided workouts.

Apple will probably also release a “Kids Mode” in conjunction with Screen time to track how much time you spend watching the TV.

MacOS 10.16, unfortunately, hasn’t got any coverage this year in terms of leaks and rumors.

However, the only change, aside from minor interface improvements, will be an updated iMessage application with advanced features like @-mentions and retracting messages alongside the iCloud Keychain improvements that will resonate throughout the ecosystem and aren’t inherently specific to Macs.

Just until this morning, based on rumors and leaks, I was of the opinion that Apple would launch new hardware including a new iMac with reduced bezels and 23-inch screen size with display tech that would be similar to the Pro Display XDR.

I was also optimistic about the launch of AirTags given the amount of information we have on them. It was the most leaked product this year, and that rendered the AirTags completely unsurprising to me. We already know how they look, what tech they encapsulate, how they function, and more.

However, prominent leaker Jon Prosser said that the event won’t touch on hardware. This bit of information was further corroborated by a Ming-Chi Kuo report detailing probable ARM iMac and 13.3-inch MacBook Pro launch dates. The report suggested that new iMacs will launch in Q3 of this year.

WWDC is uncertain by its very nature. The effect of the pandemic on supply chains has further concentrated the uncertainty. So, it is fair to say that anything could happen at the event tomorrow. Some things that I mentioned here may not be discussed tomorrow onstage.

Apple could also very well surprise us with something new and unknown to the rumor-press so far. However unlikely that seems, it’s possible.

In the end, you can always depend on me for covering the most important aspects of tomorrow’s events as soon as they occur.