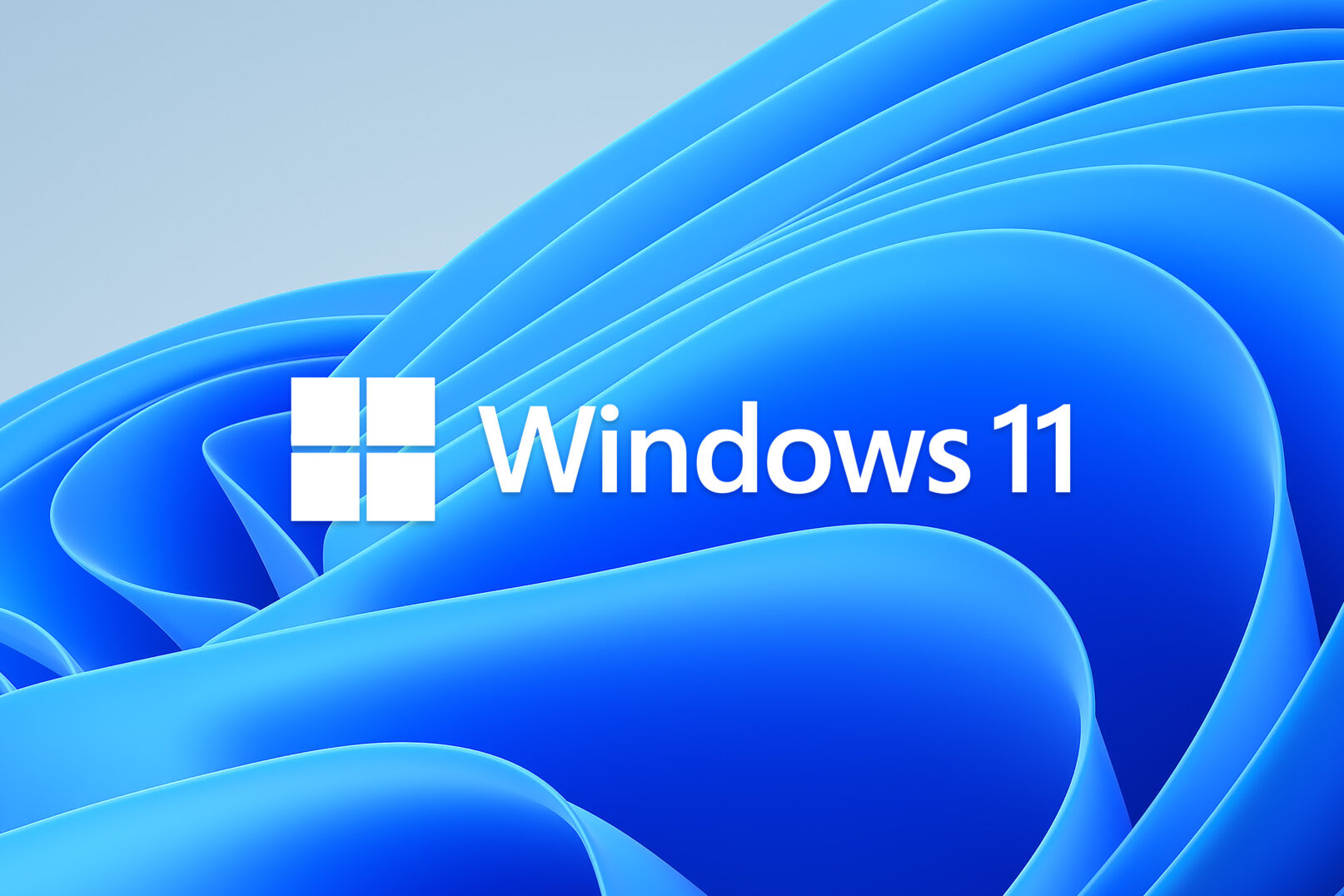 Microsoft has been making headlines recently with Windows 11.

It’s a newsworthy update for many reasons, two of which are retained vividly by my memory.

First, it brings an updated user interface that is visually different than old Windows versions and now has a more uniform look and feel. Particularly, online forums and Twitter indicates people have been loving the system-wide round edges and emphasis on the glass-like elements.

Second, it’s the fact that Windows 11 wasn’t supposed to be released at all. Microsoft openly said that Windows 10 would be its last update and that the software was moving to a “Windows as a service” idea. The company said Windows would still be receiving continual updates but there would be no version shift. Apparently, the company changed its mind and it’s a surprise to all of us.

Apple also recently updated its Mac operating system to version 12 dubbed macOS Monterey. It does not bring many UI changes while largely retaining those introduced in macOS Big Sur. But it’s still one of the most popular operating systems.

Both OSes boast their own mob of enthusiasts that are usually ready with a list of points to argue in favor of as to why either operating system is better than the other. And that’s a good thing. It encourages competition, which, in turn, encourages innovation. Innovation, then, trickles down to an overall better user experience.

Since Windows 11 now has a more refined interface, it’s imperative that we take inspiration from it and discuss the reasons it’s better than macOS and what it needs to improve.

1. Windows 11 lets you use more than two windows while multitasking and remembers your window preferences

macOS has always lacked in its multitasking prowess. It has always been inefficient and sadly, continues to do so.

You can only open two apps side-by-side in a multitasking window. Sure, third-party apps can make working with more than two windows at a time possible, but the fact that it’s not ingrained into what everyone is supposed to consider a modern OS makes it a worse option as compared to Microsoft’s latest offering.

Moreover, you still cannot snap windows onto different areas of your screen automatically. That said, the process for even setting up multiple windows is tedious on macOS. Keep in mind that I could’ve used a subtler word for this, but “tedious” fits perfectly.

Windows 11, on the other hand, improves on what was considered to be an already proficient multitasking system. It now features layouts for multitasking—called Snap Layouts—that you can fit your windows into. There are six layouts to choose from letting you set a maximum of four windows at a time in different arrangements.

Accessing these layouts is also simple. Just hover over the maximize/minimize button on any window and choose a slot for the window to fit into. Windows 11 will automatically create that window layout for you while also allowing you to add additional windows to the remaining slots.

Then there is “Snap Groups,” a considerably useful feature that remembers your window layouts and loads them exactly the way you left them to be. This is especially useful when you have a set workflow and need to open another window for a separate task as it lets you get back to your original window layout.

Furthermore, Snap Groups also work with external monitors by remembering the layout of windows in multitasking. This means that every time you unplug your external monitor from your laptop and plug it back in, you will find your windows to be arranged just like you set them to be.

2. Teams is now integrated within Windows in the form of a little button in the taskbar

Granted that Teams isn’t a strong suit for casual communication and is built largely by keeping business communication in mind, there’s only one aspect that impresses me about Microsoft’s decision to integrate Teams right into Windows 11: its placement.

I can’t help but admire how aptly it’s placed onto the taskbar, at the most convenient location. It expands into a little window comprising of chats and easy options to initiate video calls.

Although macOS has its own set of communication tools, albeit much better and popular than Teams in personal communication, they’re presented just like any other app on the platform.

Currently, you need to manually visit the Messages app to check on your messages and initiate new conversations. The same goes for FaceTime. But if Apple decides to put it all in one dropdown window that suspends from a Menu Bar icon—that users can choose to disable as well—it would make it much easier to message or call someone.

As much time I have spent testing out Windows 11, I’ve come to realize that a helpful but widely underrated feature is the recommended apps section in the Start Menu.

It hosts recent files and files that Windows thinks you might want to use. This enables you to hop onto your workflow easily without having to scramble through the File Explorer searching for a file amid a sea of other documents.

That said, macOS also offers a roster of recently used files that you can jump back to (click on the Apple logo in the Menu Bar and choose “Recent Items”). But that’s it. Those are only the files you used recently and are in no way personalized based on your usage.

Perhaps Apple could employ its on-device Machine Learning smarts to recommend files and folders based on personalized data.

Moreover, if this happens, it has to be completely on-device so that no data is at risk by being sent to an external server.

The best part here is that it’s possible. Apple already uses on-device Machine Learning for a bevy of tasks including dictation, Siri, and more. Even better, iOS already suggests apps, files, and folders in Spotlight using what Apple calls Siri Intelligence. So why not extend it to file recommendations on the Mac?

4. Windows 11 features a new context menu with icons for actions

Windows 11 introduced a new context menu (the one that appears when you right-click anywhere, especially on the desktop) with rounded corners as a part of its visual overhaul. It now features icons beside actions making them easier to comprehend at the first glance.

This, in turn, makes navigating a tad bit faster and slightly less confusing.

macOS, on the other hand, has a context menu that simply features text. It’s not a big deal, but adding icons besides individual items could make them easier to interact with. This is owing to the simple fact that icons are easily identifiable as compared to text.

5. Windows 11’s startup sound is a piece of calming bliss

The origin of the very concept of startup sounds is interesting. Turns out startup sounds were put in place because early computers took a relatively significant amount of time to boot up. In the meanwhile, manufacturers had to do something to attract users’ attention back to the computer; hence the startup sound.

Today, macOS and Windows 11 both come with their own renditions of a startup sound. The one present in macOS today is a slightly lower-pitched version of the original OS X boot chime.

On the other hand, Windows 11 has an entirely new startup chime that perfectly resonates with the rest of the operating system, if that makes sense.

That said, even though the boot chime in macOS is nothing short of legendary, I prefer the Windows 11 startup chime. It’s calming and not too loud which means it does not attract much attention, yet, manages to subtly notify me that my PC has booted. If nothing else, it acts as a simple greeting, a sweet nudge.

Comparatively, macOS’ boot chime induces a feeling of grandeur, but it’s loud enough that I fear it may someday disturb my flatmates at times when I decide to work at night. I hope Apple updates it with a new sound sometime soon in the future.

Windows 11 is a decent visual upgrade. There aren’t many updates to the functional offerings in the software. But if you’re on the receiving end of an OS version upgrade after nearly six years, you’ll be excited for much less, especially if it’s a Windows update.

That said, there are aspects which macOS handles better as compared to Windows 11, but conducting an in-depth comparison will most definitely lead to a dead end as that is when user preference comes into question, and therefore, matters the most.

Features like Live Text, Siri, Shortcuts automations that are added in macOS Monterey offer a comprehensive solution to your needs. On Windows, most of these features are only achievable by employing third-party apps.

And that is precisely why I prefer macOS over Windows. However, I still think macOS can learn a lot from its competition and improve things on this side of the wall. This post can be considered as just the tip of the iceberg.

Let us know your thoughts in the comments section below!