Why iPhone is better than Android 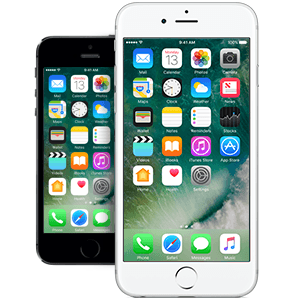 Just like my friend who wrote the blog post yesterday, I was an Android user before I even had any interest in any sort of technology.

I loved Android to the core! I ‘screamed’ Android to the core, as I thought that I had in some way, found a key to the future! I couldn’t stop believing the possibilities of the extents we can go to transform human life with a small brick of technology.

It was that time when I started to gain information about the so called tech-y kind of stuff. I did learn everything about Android that I could.

One day, I saw a heap of new iPhone boxes laid on the table at my uncle’s house. I looked at that heap and said “Nah, not my type”.

The very next moment, I noticed him unpacking one of the boxes, setting the iPhone up, and using it! At that time, that iPhone (which was an iPhone 4s) looked like a candy to me and I looked at it as if a child would looking at a candy. It was so mesmerizing watching an iPhone function in someone other’s hands.

At that time I begun my journey of becoming an ‘Apple Fanboy’.

Though speaking of Android, I completely detest it. Knowing what capabilities iPhone has, I have pledged my loyalty to Apple products. So, let’s see why I love the iPhone more than Android, and why iPhone is better than android.

A huge lot of people including ‘Apple fanboys’ believe that Android is insecure and iPhones are completely secure so as to state that no one can crack them!

Though, as many people believe, in fact that’s not the case. iOS, the operating system on which the iPhone runs, isn’t impregnable but is very hard to crack into. Android and iOS are both secure but the point is that iOS is way much more secure than Android.

Far more malware is written for Android than iOS. And that’s because it is easier to write malicious code for Android. And why is that?

You may ask yourself! Well, that’s because a slew of Android devices are always left on lower firmwares than the one that Google releases every year. Updates are not rolled out for devices which get a year old.

That makes the developers take advantages of the exploits as the exploits are never fixed by Google. Okay! Let’s get into some numbers.

A whopping 97% of all mobile malware was aimed at Android itself, while only 0.7% of malware threats were aimed at iOS. As we see, malware writers will always go for the low hanging fruit!

Even Android Gingerbread is not deployed to all the devices yet. Though, when iOS 9 was released, about 75% of people were claimed to have the firmware installed on their iDevices.

Its not Google’s fault that it can’t push all significant updates to all the Android supporting devices out there. The diversity in the manufacturing of Android phones make it difficult to push firmwares for all variants of many Android phones.

The firmware cannot be suited for all the devices. While on the other side, iOS users are happy always as they don’t have to worry about the security of their phones as they get software upgrades regularly. Even a five-year-old iPhone can get a firmware upgrade.

As proof that the iPhone also isn’t completely secure, there were about 30 to 30,000 apps removed from the App Store in September 2015 cause they contained the XCodeGhost Malware.

From TouchID (a fancy word for a fingerprint sensor in  Apple’s Ecosystem) to end-to-end encryption in iMessage, Apple has got you all covered! The iPhone 5s was the first phone with TouchID having a secure enclave under its hood.

The ‘TouchID secure enclave’ as we speak is a place where your fingerprint data is stored. It is so much protected that it can’t be tampered with or its code cannot be edited.

In fact, the system’s internal components also can’t hack into the secure enclave. In other words, you can also call it as a computer inside a computer.

Its tremendously overwhelming by realizing that how Apple is completely dedicated for its users.

It made big news all around the world when Apple had a feud with the FBI over the San Bernandino shooter’s iPhone 5c. Let me explain to you. Apple got itself in a standoff with the US law enforcement in the first few months of 2016.

The reason for this is because Apple refused to create a backdoor into a phone involved into a high profile shooting attack.

Over this, Apple was attacked by politicians all over the United States. Though Apple feeling very sorry that it couldn’t abide by the commands given by the Federal Government, it felt to oppose this in order to protect the privacy of iPhone users.

It is more reliable.

At times when you are stuck in a situation, may it be filled with happiness, excitement, shock or just plain curiosity, you need your phone to obey your fingertips co-ordinating with your mind.

But what if the phone that you use lags when you have to take the perfectly timed shot in the camera app, or while calling someone in emergency, your phone’s microphones are not activated by the software.

Or in the worst of cases, you sent a text message to mom that you intended to send to your girlfriend just because your phone isn’t reliable.

Its Just that “You can completely rely on it”.

I’ve personally experienced Android being extremely laggy at all times after a year of its age, and as more time passes, it almost gets unusable. While iOS gives you the opportunity to rely on in infinitely! I mean to say that at all times iOS will be at your disposal. It is easy to learn and albeit easy to use!

iPhone even has proper tools in its OS that help disabled people to sift through the OS with ease. And mainly that’s the reason that disabled people often prefer to use an iPhone.

You get less choice than Android phones, but hey dude! Quality matters!!

There are literally hundreds of models of Android phones out there! And they all fit to your needs pretty well, existing in tandem with your budget. In the Android world, people get to choose from many manufacturers, namely: Samsung, HTC, Huawei, etc.

But, Apple only concentrates on one piece of hardware that has software dedicated for its own self. That is the reason that there are intricate details in whole of iOS, and everything seems to work pretty smooth.

As long as you are not looking for an Android phone that runs iOS, you can choose whatever Android phone you want. At the same time apple provides immense quality.

Talking about the iPhone’s software, iOS is more easier to use and more convenient than Android’s interface.

Also, believe it or not, accept it or not, I’ve watched people that enjoy using iOS as if they were playing the classic Mario Cart on a Nintendo DS. iOS’s user interface is more soothing as app icons are all aligned in the same shape, while on the other side of the fence, app icons have different shapes depending on the app, making the interface look unaligned.

Apple’s software have been designed by the infamous Jony Ive since the release of iOS 7.

Android handsets on the other hand are built reactively. Its hardware and software have been designed by different teams working on different continents. There is no cohesion between them. That’s the reason for Android being so ‘sloppy’.

iPhones have a better camera!

Even though Android phone’s contain cameras having up to 16 megapixels, still because of the poorly written camera algorithm, it does not stand out from the crowd!

While on the other side iOS has proper algorithms encoded into its camera code which enables it to take greater quality photos with just 12 megapixels on the hardware side.

Let’s take an example of a well renowned indie game called Monument Valley. The game was a  hit on both the platforms. Although its sequel launched first on iOS alongside iOS 11, the same sequel took about a month and a half to be launched on Android.

The Google Play Store has more apps than iPhone’s App Store does, although, Apple has quality apps. And no-one can deny that. Many people who are not well acquainted with the iPhone think that most of the games on the platform are to be bought by spending money from your beloved wallet.

I just wanna say that its a myth! A strange myth. In Apple’s Ecosystem, developers have to follow a lot of strict rules in order to submit their apps on the App Store. This in itself is an example of quality deliverance.

Because of Apple approving each and every app by itself, does not allow to submit spam or unqualified apps. Though, there are still bad apps on the app store which also contain plagiarized ones. Although, it is easier to find good quality apps on the app store as compared to many knockoffs of original apps on the Google Play Store.

Ultimately the iPhone vs Android debate comes down to a choice: between Android’s flawed, fragmented openness, and Apple’s quality experience in a closed environment.

Openness sounds brilliant, and if we were talking about a lifestyle or a political philosophy then Android would be hard to beat. But this is about a phone. And if you just want a smartphone that’s safe, easy and enjoyable to use, and connected to the best-quality app store around – not to mention sumptuously designed and reliable – then iPhone is the only answer.