Why do you feel the desire to update to a stable version after spending some time with your jailbreak? 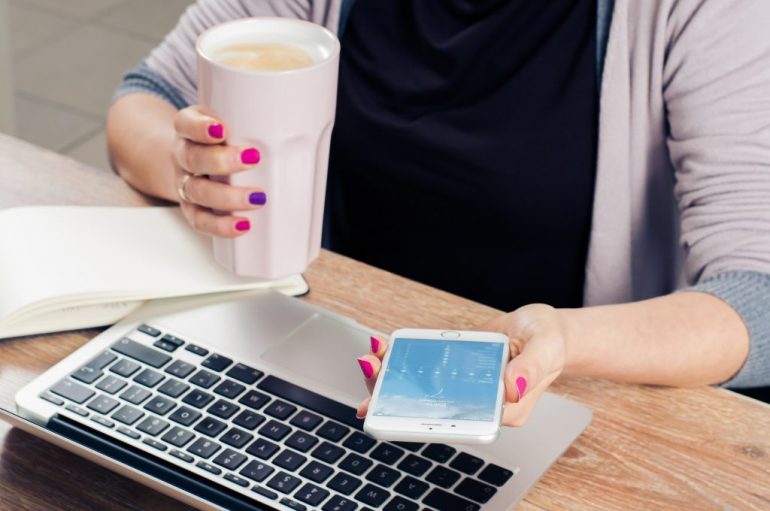 Our phones are one of the many things that can be counted as personal. Indeed they are. There’s no doubt in it. We spend an average of over 4 hours a day using our beloved little mechanical devices. So, there’s no question they’ve become our most prized possession.

This can be indicated by this further explanation. Back in the time when smartphones weren’t popular enough if one would lose their device, the thing worrying one would be the money they’ve lost. But now, when smartphones are utterly popular, if one loses it, the first thing that comes to the mind is, “Is my data safe?”

Hitting up a notch, iOS users seem to have lesser control over their devices when compared to Android users and they are most of the times angry at Apple about it. Thankfully, there’s a thing called as a jailbreak that allows iOS users to attain enormous control over their iDevices. A jailbreak, in the world of Apple products, is defined as the software ability of iOS devices to break out of their own jail called as the sandbox. Nevertheless, a jailbreak requires an exploit found in the kernel code. In a more direct manner, with the help of a jailbreak, you get access to the root filesystem of iOS and can easily modify the internal files and make tweaks out of them which are later distributed to the general public by tweak installing tools called as Cydia and many others.

Well, the people who opt for a jailbreak in the first place are fed up with the usual look and feel and overall functionality of the device. They want a change. Don’t you people?

I have an iPhone 7 that I bought with utmost joy thinking I would change the world with it. For the first three months, I was pretty much contented with the experience that my iPhone gave me. But as time passed, I began to get bored of the usual deal. I was wearied of the same old look on the springboard, pretty bad notification handling and a camera that took awful mirrored selfies. I mean, why would anyone want to capture themselves laterally inverted? Did Apple’s engineering team oversee that? A lot of questions, but an answer to none. I was aware of the fruits of jailbreaking and was waiting for someone to release one. That is until Coolstar released the first beta of his Electra jailbreak utility tool. It was a dream come true. I beforehand made a tweak list that I planned to install on my iPhone. I also carefully ignored the update notifications that iOS threw at me. Sooner or later, Coolstar released the first official version of the Electra jailbreak utility that was paired with the installation of the highly anticipated Cydia tool.

Coming back to reality, this is the second week of me with a jailbroken iPhone with Cydia in it and I am absolutely sick of the jailbreak experience.

I’m fed up with the jailbreak!

This is what I wanna discuss today. After being on the jailbreak for a while I feel tired of the things I have to do to maintain my device. The problem isn’t in the jailbreak itself. The problem is in me. I have always been the kind of person that wants everything to work perfectly. That is the sole reason I chose to buy an iPhone in the first place. I want to have a piece of mind on my phone. Though the jailbreak tweaks don’t let me have that. Tweaks I install have some or the other issue with them and no matter how many updates the developer pushes to a particular tweak, the tweak remains full of bugs. Though, this bothers me the least. But what bothers me the most is when tweaks disrupt my workflow.

As an example, I installed a tweak called InteliX which groups iOS notifications on a per-app basis. Although, It could’ve been a boon for me if it’d worked in the first place. As for me, I own a blog and handling it results in a flow of numerous business e-mails daily. I use the Gmail app for e-mail management, for those who are concerned. So, there’s no doubt in the ability of InteliX to group notifications based on the app cause it does do it perfectly. But, if an app has more than three notifications that have to be grouped, the additional notifications would kind of flow over the boundary of the notification UI bubble.

Apart from that, the tweak intermittently showed the clock icon for various apps that, I was sure were not the clock app. And this is not the only tweak that glitches. The theme that I have currently installed also kind of makes my iPhone lag a lot. App crashes are more frequent than ever.

The worst part is that even after Coolstar released Electra version 1.0.3 where he claims to have fixed intermittent freezing issues, my iPhone freezes constantly. Besides that, I hate to connect my iPhone to the PC and re-sign the app after every seven days. Yes, I’ve tried tweakbox but God knows why every app fails the installation.

No matter how much you are frustrated by the backlogs of the jailbreak, do not ever plan to give it up. Because the jailbreak will get better with future updates. And if you ever update, you’ll feel jealous of the people enjoying the new tweaks released while you’ll be cursing yourself for your past actions. And trust me, that does not feel good at all.

Check out my list of tweaks for Electra jailbreak:

Top 10 Electra jailbreak tweaks that are way too much fun