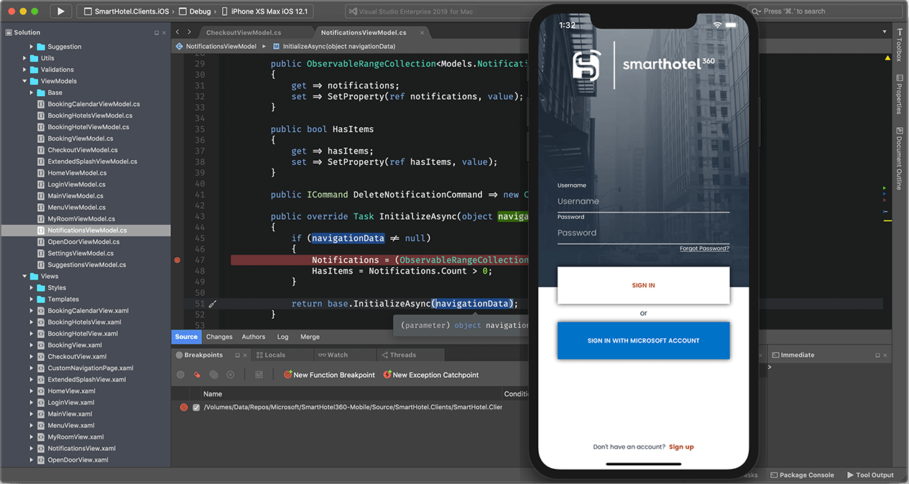 Microsoft today announced that it will be launching the public preview of Visual Studio 2022 for Mac and Windows this summer. The new version brings a ton of new changes throughout the IDE. One of the highlighted changes is native support for macOS’ UI within Visual Studio 2022.

In a blog post, Microsoft’s CVP of Product, Developer Vision Amanda Silver says “our goal with Visual Studio 2022 for Mac is to make a modern .NET IDE tailored for the Mac that delivers the productive experience you’ve come to love in Visual Studio.”

This change is reportedly expected to bring performance and reliability improvements alongside other perks.

It also means that Visual Studio will be able to take advantage of macOS’ accessibility features including VoiceOver, controlling the size of the contents on the screen, reducing motion, using voice control, and more.

Apart from that, Visual Studio will also bring some additional changes including the addition of the Git Changes tool window:

We’re updating the menus and terminology across the IDE to make Visual Studio more consistent between Mac and Windows. The new Git experience from Visual Studio will also be coming to Visual Studio for Mac, beginning with the introduction of the Git Changes tool window.

Currently, the latest version of Visual Studio for Mac and Windows is 2019. Its design is a bit outdated and not on par with the native macOS design language, especially since the launch of Big Sur.

That’s about to change, however, with Visual Studio 2022.

Apart from the changes to coming to the macOS version of Visual Studio 2022, a number of other features are also in the pipeline that improves the IDE across the board. These include a less complex UI such that it reduces the cognitive load on the user, more customization options for developers, and easier integration with Azure, C++, and other frameworks.

Microsoft’s blog post does not make it clear if Visual Studio 2022 will support M1 Macs, however.