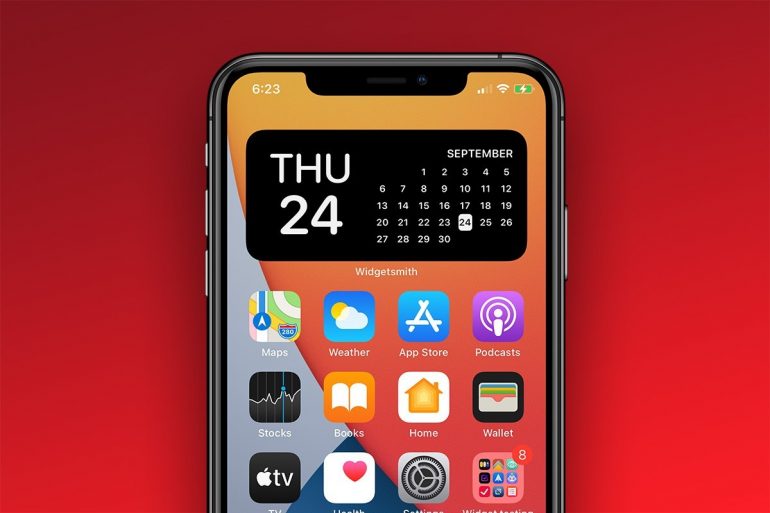 iOS 14’s biggest appeal so far has been the ability to tweak the home screen on your iPhone to no bounds by adding widgets, custom icons, and whatnot. And the apps that help users do that have suddenly become immensely popular.

According to data from the app store market intelligence firm Sensor Tower, the top 20 apps that fall into the home screen customization category on iOS 14 have reeled in around 5.7 Million downloads collectively. Moreover, what’s surprising is the fact that users spent around $400,000 those apps in just four days from September 17 through September 20.

Among the popular apps are Widgetsmith, Color Widgets, and Photo Widget—apps that let you create the custom widgets that feature in creative home screen designs that users have been popularly sharing on TikTok and Twitter. Those three apps account for 95% of the 5.7 Million downloads, notes Techcrunch.

Widgetsmith alone bagged in $370,000 which is 92.5% of the total amount that consumers spent in the four days on home screen customization apps on iPhones since the official release of iOS 14.

This figure was followed by the app Date Today that bagged around $20,000. However, there’s a bit of confusion regarding the estimated revenue generated by Widgetsmith, with some estimates being a little too high. In any case, the estimates aren’t going down, which is remarkable.

Sensor Tower collected metadata from the App Store and analyzed all the apps in the top charts manually. The intelligence firm only chose to further analyze apps that aided in home screen customization.

And instead of focusing on apps that newly added iOS 14’s widget functionality and apps that helped create custom icons, Sensor Tower only considered apps that let you create widgets with the intent of customizing the home screen.

Other apps have benefitted from these apps’ popularity as well. Pinterest, for instance, broke records for most daily downloads on September 20, according to TechCrunch.

The hashtag #iOS14homescreen has been popular on Twitter lately, with users sharing their own home screen setups. This surge in interest in Apple’s latest operating system for its iPhones is due to the customizability it offers, allowing users to add widgets to the home screen and add custom app icons while also letting them change the default charging sound.