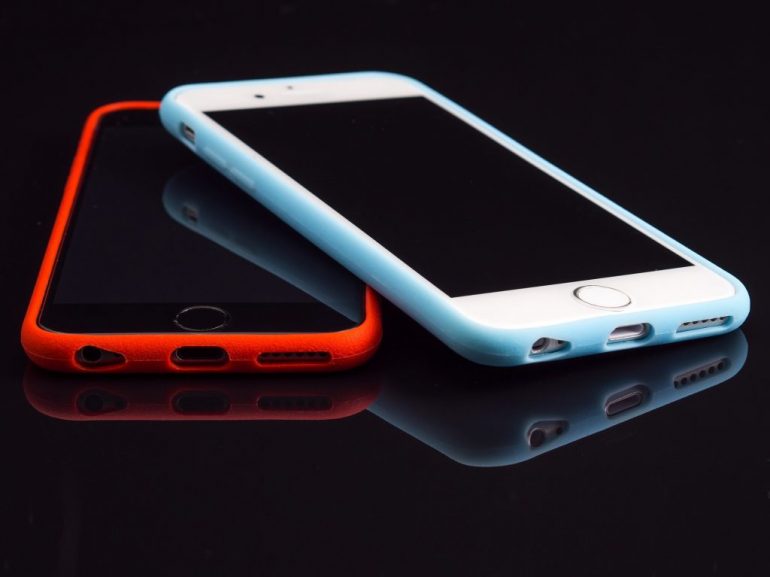 After the annexation of Cydia on the Electra jailbreak tool developed by Coolstar, the whole scene has been kind of slow. There aren’t new tweaks being released more often and everyone in the community is badly wanting to experiment with them.

The jailbreak community is in terms of vibrancy as not only the developers invest their time and money in developing tweaks, users too, contribute their perception as well as subtlety which often results in something that everyone in the community acknowledges. And this, as a part, makes it interesting to jailbreak.

Although, we’ve found some interesting tweaks that you might find amusing, not because they look good, but help you traverse through whatever you do on your phone a tad bit faster. This is not because of some internal enhancements, but because of the habitude, those tweaks make the process easier.

Before we begin, you might wanna check out these lists first:

Ever wished for better power options on your iPhone? Well, your wish has been granted with this simple, yet useful tweak. Basically, it warrants the addition of some extra options when you hold the power button.

It encompasses the ‘respring’, ‘reboot’ and the ‘safe mode’ options, in addition to the usual ‘shut down’ slider. Although, the developer of this tweak decided to also tweak the design of the buttons. Instead of the conventional slider, he/she converted them into tabs with rounded corners.

And it kinda looks even better than the original deal.

To install, add this repo to Cydia: seiterseiter.github.io/

This tweak’s name itself caters a vague idea of its function.

A hint: You might ask, “Does it have to do something with the display?”

Only the iPhones which have Apple’s M9 (and ahead) motion processor sport the ability to handle this feature. It implies that having this feature on your jailbroken iPhone without the M9 chip (and further) can negatively affect the battery life and wear out the older motion processors over time.

Anyways, it’s available on Cydia from the BigBoss repo.

Having extra usability is far better than having none.

EZCC does just that. It provides some extravagantly useful toggles for the control center.

In iOS 11, Apple took a step forward and provided an allowance to users for adding pre-existing toggles to the control center. However, for some reason, those toggles don’t seem to be the complete deal.

Although, with EZCC’s extra toggles like ‘Cydia opener’, ‘Respring’, ‘Screenshot’, and ‘Secret settings’, sifting through the interface becomes more wieldy.

In order to add the extra toggles,

EZCC can be downloaded through Cydia from this repo: repo.auxiliumdev.com/

Another tweak similar to the ‘Wake it Up’ tweak mentioned before, Face Down locks your device and shuts off the screen when it’s placed on the table, incontestably, faced down.

This kind of tweak does prevail on Cydia already but isn’t compatible with iOS 11. For that, you have ‘Face Down’.

It’s a pretty simple tweak that intends to boost your productivity, let alone makes you appear adept in front of other folks. Although, the real ravishment is acquired when you’re surrounded by a bunch of Android fanboys.

Install Face Down through Cydia from the BigBoss repo.

A mind-blowing tweak that backups and restores individual app data manually with human intervention, ‘Apps Manager’ can enhance your potency by a 1000 percent.

For instance, you have a game that you’ve spent innumerable hours playing. Although, that game has started to act up being laggy as hell. Now, the only option you have is to delete and re-install the game. However, that implies that all of your game data will be lost (considering it’s not backed up on an online server).

That’s where this tweak could help. It enables local data saving which backs up your app data files into the filesystem. So whenever you delete and re-install an app or a game, you can restore your data and act like nothing happened before.

You can install Apps Manager through Cydia from this repo: tigisoftware.com/cydia

One of the many annoying duds of iOS is the voicemail system. Uh-huh! Wait a sec. This is not for those who use voicemail on a daily basis. Many countries today don’t have voicemail support, but still to have its access prominently placed in the ‘Phone’ app is kind of counterproductive.

Personally, I’ve been annoyed to the core enough by accidentally tapping on the voicemail tab only to have it occupy the complete screen space to inform me that it isn’t available in the first place.

NoVoiceMail comes to the rescue. It wholly removes the voicemail tab from the ‘Phone’ app.

Gesture-based controls are usually the most acknowledged and appreciated of the most. And why not? They are versatile and get you to do stuff faster.

EZSwipe does just about that. To put it in perspective, the iPhone X has a huge screen. Because of that, people with mediocre sized hands face the well-known problem of the inability of their fingers to reach the top corners of the screen.

Adding to that, the iPhone X has its paramount aspects placed on the top. For example, the cover sheet and the control center.

Well, to fix that, we have access to EZSwipe. It enables gesture-based controls on the screen. For instance, you can swipe down at the middle of the screen to access the control center.

However, the gestures are not limited to fixed assets. There is an option to choose between the position and the action of the gesture relative to that position.

Basically, you can swipe at three set positions: Center, Left, and Right.

The gesture options include summoning the cover sheet, the control center, and the spotlight.

It’s available at the BigBoss repo in Cydia to install.

If text predictions are not one of your priorities, this tweak is for you. Instead, it provides something more meaningful and useful utilizing a space originally meant to be conserved for text predictions.

It incorporates basic text functions like cut, copy, and paste. These functions show up in place of text predictions as soon as the typed text is selected.

It will eventually get promising and appear more useful, saving your valuable time.

Get it on Cydia from the BigBoss repo.

In a recent iOS browser comparison on The 8-Bit, we had to face a lot of criticism for two main reasons:

Although, with the Electra Cydia jailbreak, it’s possible. In fact, it’s possible with any version of a jailbreak. You can easily set a default browser using the ‘BrowserChanger10’ tweak.

With a dedicated settings panel for this tweak, it’s just a two-tap process. And then you have a default browser. Granting all of this, having any other browser except for Safari on iOS is inconsequential.

Advocated by the fact that you cannot even handle a settings profile with Chrome or for that matter, any other browser, going on with Safari as a default browser might be the sublime option.

Anyways, you can always get BrowserChanger10 on Cydia from the BigBoss repo.

In consideration of the facts hosted in the point above, Safari might be the quintessential option for a browser.

But, did you know that you can amp-up Safari to sport features that even the best of the browsers don’t have?

YES! It is quite doable with Safari Plus. This tweak latches on to a lot of useful features including the ability to force HTTPS, to download files of almost any format to the internal filesystem, to have better-tabbing options, and exceptional customizations.

It’s available on Cydia from the BigBoss repo.

With Safari Plus, it will be in the best of everyone’s interest to conclude this post.

It’s quite astounding to cognize that the jailbreak scene isn’t something that eventually fades, but gets stronger day-by-day. Although, the preeminent aspect that keeps this community afloat is the work and creativity of its people and developers.

Electra jailbreak itself has evolved from a buggy, beta stage to a whole enchilada. With the annexation of Cydia to the Electra jailbreak tool, iPhones, iPads, and iPods seem to be finally complete. It’s all about the ease of use at the end of the day. And Cydia is definitely an easy alternative to the manual installation of tweaks through SSH or Filza.