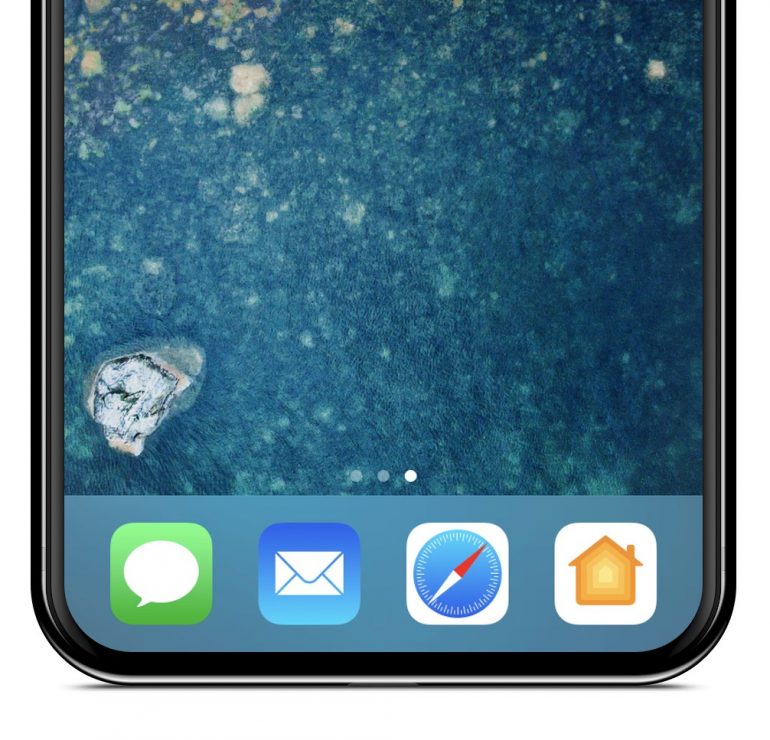 Today morning, Electra jailbreak developer Coolstar tweeted on his twitter. His tweet contained a link to Electra’s latest jailbreak beta. This beta is numbered 9. Although, Coolstar himself had stated in his tweets before that Beta 9 was gonna be a game-changer for iOS 11 jailbreakers all around the world.

Well, he wasn’t wrong. Before moving on further, I would like to add one more to this list. Beta 8 was launched two days before the beta 9. It introduced sandbox access to the filesystem. This meant that a lot more tweaks now could be deemed compatible with the jailbreak.

This is the changelog as posted on Electra jailbreak’s official website:

But then, people started reporting weird bugs with their apps. Those included completely breaking Safari until all the history and data was cleared from the settings. Although to fix that, Coolstar released another sub-beta of beta 8, namely beta 8,2.

Here’s the changelog for Beta 8,2:

Jumping back to where we were before, Beta 9 bought a lot of improvements. People reported faster app load times, and some even stated that their phone felt as if it was just unboxed. So, I would definitely recommend you guys to hop on to Beta 9 as it is fairly stable and additionally, has sandbox access.

Here is the changelog for beta 9:

It also states that it deletes all your tweaks and themes after jailbreaking for the first time with Beta 9. So, better backup.

Although, today, we are back to impress your minds with some utterly beautiful tweaks that’ll improve your device’s beauty, or, just make it look cool.

Let’s Dive Into It!

This tweak as its name suggests is related to the 3D touch feature available on iPhone starting from the iPhone 6S. What it does is it removes all the lines from a particular 3D touch menu. For example, if you 3D touch on the settings icon, you will notice that there is no longer a thin line dividing the components. It looks like this: 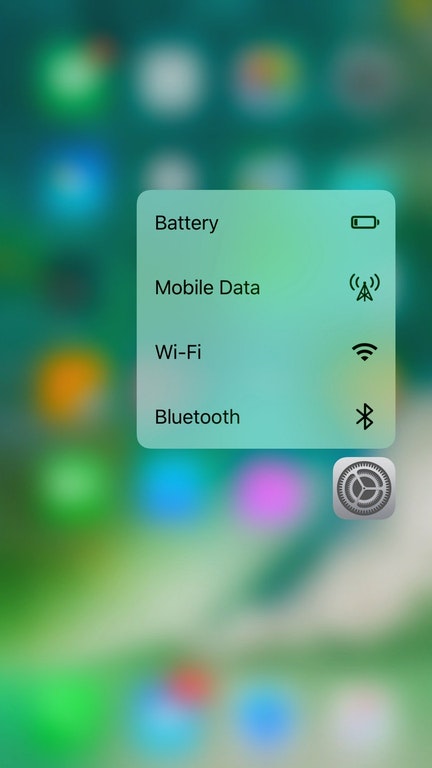 Aerial is a beautiful tweak whose main motive is to fill your life with colors. Just kidding. Instead, it allows you to colorize all the stuff present in the status bar. It hosts an array of colors that you can choose for different components. It is truly a beautiful tweak and I totally recommend checking it out! 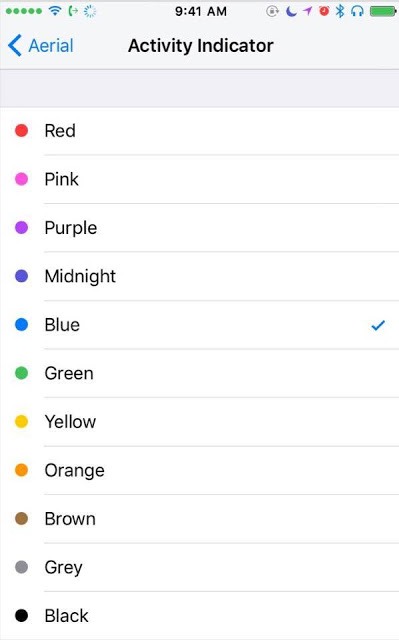 This one, although, is partially useful and partially elegant. It removes the grey overlay Apple adds to the wallpapers. Now your white wallpapers will look white rather than having a grey tint on it. This tweak could also be included in my ‘Top Electra tweaks aimed at boosting usability’ post.

Vettr is a mind-blowing tweak which will definitely make you look cooler in front of Android Fanboys. While charging your phone, the display will show a black background with a ‘dimmed’ aesthetically pleasing status of the battery and the current time. It looks so good that an immense feeling of pride appears immediately in the heart making you think, “I am never ever gonna be Switching to Android ever again!” Although, you can customize from the settings app how bright or dim you want the display to be while charging.

At the same time take a note that setting this tweak at the ultimate brightness may cause damage to your battery. 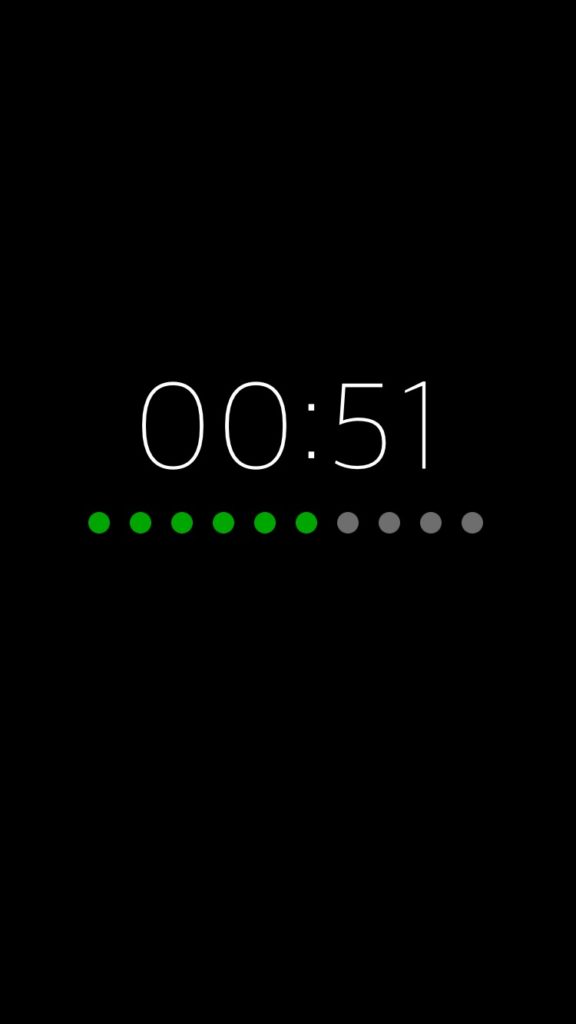 Twig adds a cool weather update widget on your lock screen besides the normal clock. It looks simple and sweet, yet highly functional. Although, it needs location services to be turned on all the time, which could be a severe drain on the battery. And I don’t wanna carry a charger every time with me.

For those who have been in the jailbreak field for a long time, know what this tweak is. For those who don’t, bear with me. It is an all-in-one customizer for your iPhone. It can speed up animations, change the home screen behavior and many more interesting things.

Installing Springtomize on iOS 11 wasn’t possible before beta 8 of the Electra jailbreak. But with the inclusion of sandbox access, it is now possible. Although, I may warn you that Springtomize 4 only works partially.

Also, there are specific instructions to take into consideration while installing Springtomize 4. This is a link to a Reddit post explaining the process.

But, since we don’t have Cydia yet, we can’t install purchasable packages. And, Springtomize 4 is likely a paid tweak. Although, the only way to get Springtomize is to buy it on an older device with a jailbreak having Cydia support. Then copy the required files onto the iDevice with Electra jailbreak and install this tweak as you would install any other tweak.

A successor to the original Mitusha tweak which enables a beautiful waveform in the music playing interface, which dances to the rhythm of the song. This tweak is a must if you are a music lover.

This is a tweak highly inspired by the iPhone 8. It adds rounded corners to your entire screen rather making it look like a beautiful iPhone 8. Although, if you ask me, it looks like a Pixel 2 screen. Nevermind, you can adjust the amount of curvature that you want to make to look completely round to slightly round.

Ever hated the huge black software-bezels in the camera app? Yeah, me too! Well, we have a solution. LucidCamBars removes all the black bars from the camera app making it look like an app from the future. It should be also noted that this tweak doesn’t have any additional configuration options. Once you install it, you’re good to go. 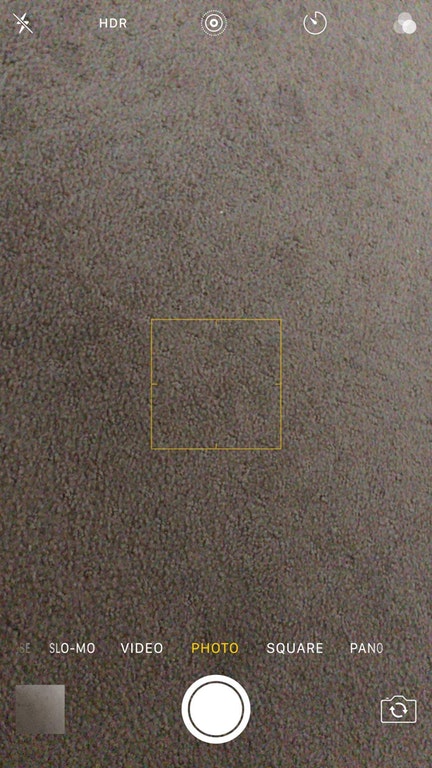 As this name suggests, you can easily colorize your iMessage as well as normal SMS bubbles to any hex value you want. It feels awesome and looks even better with DarkMessages enabled.

NougatFolder seems like a direct port of the Android Nougat folders into iOS. Although, the folders look like the ones on Android’s Nougat only until they’re opened. Once they are opened, they look like normal iOS folders. But, it’s damn sure that they look dank on the home screen.

It is clear that it makes the Safari URL bar look cleaner. It makes it look minimalistic enough to love the browser again.

As soon as you 3D touch on any icon on the springboard aka the home screen, the screen gets slightly tinted to the color of the app you’re 3D touching on. It looks very pleasing to the eyes.

It feels as if someone just dropped drops of ice-cream on your phone’s app badges. Yeah, that’s how I would like to describe it. This tweak adds a blur to the badges and automatically changes the color of the badge to match the color of the app’s icon. There are several configurable options in the settings which include the management of borders around the badges and much more.

I haven’t known a person with an iPhone in my life who doesn’t know about this tweak. Cask adds beautiful scroll animations to all the apps which feature scrolling. Although, card-based apps like Google Plus along with Twitter and Facebook feel a little weird under its presence.

Well, this is it for today. Fire up the comments section if you have any doubts regarding the stuff posted here.

Disclaimer: I don’t take any responsibility if you accidentally fuck up your device because of some filthy mistake. Anyways, have fun.

Also, don’t forget to check out my last post which includes some of the best tweaks for Electra completely aimed at boosting utility.