Tim Cook talks about Facebook, Apple Car, Parler, Tesla, his future at Apple, and more on the ‘Sway’ podcast. 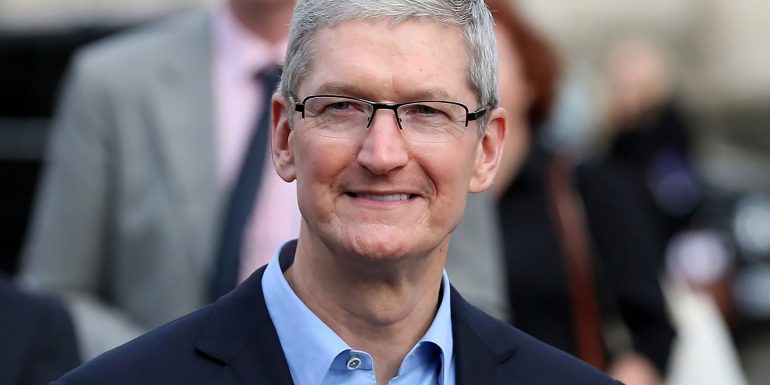 Apple CEO Tim Cook appeared in a podcast interview with The New York Times’ Kara Swisher today to talk about a number of topics including Apple’s privacy push, the opposition to that push, Parler’s removal from the App Store, the future of Apple, and more.

One of the highlights of today’s podcast was the discussion about the pushback Apple’s been receiving from companies like Facebook when it comes to Apple’s new App Tracking Transparency prompts.

When Kara asked what he thinks about the arguments Facebook has been putting against App Tracking Transparency including the assertions that Apple is hurting small businesses, Tim said that “we know these are flimsy arguments. I don’t agree with the assertion that we are after small businesses.

Tim Cook believes that Apple’s new privacy features aren’t aimed at a company, rather, it’s aimed at the principle that the individual should be in control over whether they are tracked or not.

Apple’s App Tracking Transparency prompts are a part of Apple’s latest privacy push served alongside App Store Privacy labels. The privacy prompts let users have a choice whether they want to be tracked across other apps or not.

Once a user has denied an app’s tracking request, the app won’t be able to show ads that can be traced back to the users’ identity.

Facebook, however, had been criticizing Apple’s renewed privacy push by putting out statements and even going so far as publishing full-page ads aimed at App Tracking Transparency. One of the major arguments Facebook made was that the new privacy changes affect small businesses that rely on targeted advertising.

It was only until recently that Facebook CEO Mark Zuckerberg surprisingly changed course claiming iOS 14’s App Tracking Transparency could actually be beneficial to the social media company.

Tim said “What we’re doing is giving the user the choice whether to be tracked or not. And I think it’s hard to argue against that. I’ve been shocked that there’s been a pushback on this to this degree.”

When asked if Apple sees Facebook among its top competitors, Tim said that “I think that we compete in some things, but no, if I’m asked who our biggest competitors are, they would not be listed.”

Tim also said that Apple’s App Tracking Transparency prompts will be out “in just a few weeks.”

Enlightening the possibility of a future Apple Car

Apple is rumored to be working on an Apple Car, according to several recent reports. However, there has been confusion among users as to whether Apple is building a physical car itself with autonomous capabilities or simply an autonomous system.

Thankfully, Cook, today hinted at a future possibility of a physical Apple Car. “We love to integrate hardware software and services and find the intersection points of those because that’s where we think the magic occurs. We investigate so many things internally, many of them never see the light of the day. I’m not saying that one will not,” he said.

He also mentioned that at Apple, people work on a lot of projects and that it’s possible that those projects don’t amount to anything. However, Cook says “I’m not saying this one won’t.”

Parler’s removal from the App Store

Apple removed Parler from the App Store in the wake of the Capitol Hill riots that occurred on January 6 this year stating that Parler failed to moderate posts that incited violence.

On that matter, Tim spoke that “Removal of Parler was a straightforward decision because they were not adhering to the guidelines of the app store. You can’t allow people to incite violence, you can’t allow hate speech.”

He also hopes that Parler comes back on as “having more social networks is better than having less.” Interestingly, Parler’s Interim CEO says that he’s “pretty positive” the social media app will be back on the App Store.

Elon Musk made news last year when he tweeted that he had previously tried selling Tesla to Apple but Cook wouldn’t even take a meeting with him. Cook has confirmed that today by stating that he has never spoken to Musk.

However, he says, “You know I’ve never spoken to Elon, although I have great admiration and respect for the company he has built. I think Tesla has done an unbelievable job of not only establishing the lead but keeping the lead for such a long period of time in the EV space. So I have a great appreciation for them.”

Cook won’t be at Apple in 10 years’ time

While concluding the interview, Swisher asked Cook whether he still will be at Apple in 10 years’ time, to which Cook replied “Ten more years? Probably not. But I can tell you that I feel great right now and the date is not in sight. But ten more years is a long time — and probably not ten more years.”

Apart from the stuff mentioned above, Tim also talked about a bunch of other stuff including tidbits on Section 230, how AR is the future, and more. The full interview is well worth listening.

What do you think about Tim’s comments on Privacy, Apple Car, Elon Musk, the removal of Parler, and his impending retirement from Apple? Let us know in the comments section below.