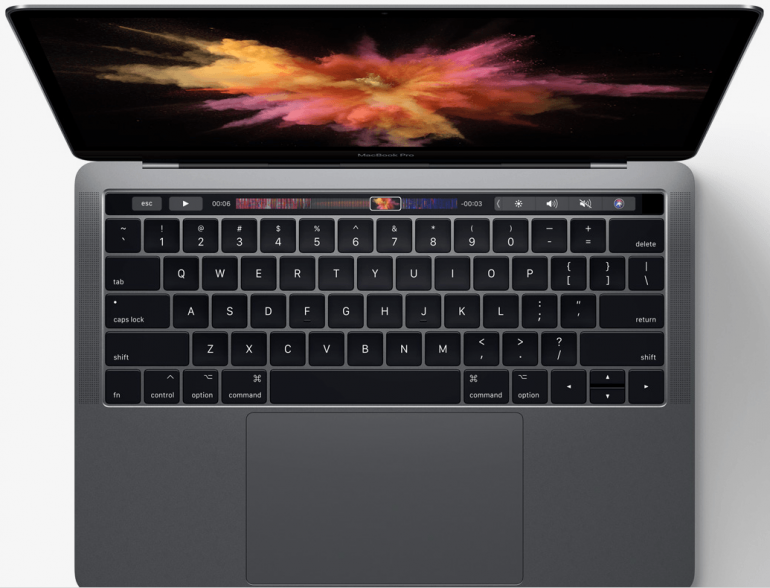 Well, no powerful laptop list without a MacBook is a list. The MacBook cannot let you play many games, it doesn’t have a touchscreen, has an awful GPU and above all, has no 4K display. Additionally, it would definitely drain you out. Yet, it is one of the best laptops that you can buy right now. Despite all of its weaknesses, the MacBook remains to be the most famous laptop out there. There could be a lot of reasons why despite having such resistance, the MacBook is considered to be the best in terms of usability and productivity.

This is the case with most Apple products. Its features won’t impress you on paper, but will definitely win you over when you actually get a hands-on impression of the device. The MacBook shares the same case. Despite having a bad GPU, the MacBook is the one that is used in most offices. Also, have you ever noticed YouTubers closely? They all use a MacBook to edit their 4K videos. Although, the MacBook Pro 15-inch 2017 version has some pros as well. It is the only laptop in this list that has Intel’s most powerful processor- the Intel 7920HQ. It has capable clock speeds of 4.1 GHz and has the fastest storage in the game. With a 2TB SSD, you can reach transfer speeds up to a colossal 3.2 GB/s.

The MacBook Pro 15-inch 2017 model has 4 Thunderbolt 3 ports unlike any other laptop in this list. Also, it is the only laptop available in the world that can handle two 5K monitors at the same time at 60Hz and still be able to carry a load of another 4K monitor and the built-in quad HD display altogether. Impressed? Well, that’s the reason I reserved it for the first position in this list.

Speaking of its design, it has a seamless aluminum body and is extremely thin. Not the thinnest in the market, but adequately thin. The moment you set your eyes on this laptop, you feel like the only motive of your life is to get this. It looks so darn beautiful. Almost every feature of this laptop is mixed with its design. This laptop has front-facing speakers beside the keyboard which are also the best speakers in any laptop. The keyboard is a ‘Butterfly-2’ version of all the Apple keyboards ever made. Well, Apple likes it to call the butterfly because it literally has keys whose functioning resembles the motion of a butterfly’s wings. I hate to repeat the word ‘best’ but I can’t help it. It has the best keyboard in the world.

The trackpad is as unique as the keyboard. It is just a glass slab with a tactile motor beneath itself. The tactile motor simulates a normal click just like 3D Touch does on an iPhone. Speaking of battery life, it has a lithium-ion battery which easily lasts about 9-10 hours even with heavy usage. This particular model has a touch-sensitive display at the top which replaces the usual function keys. Although, I doubt having it is useful. But, it does a lot of things that a normal function bar couldn’t have been able to do. Stuff like scrolling a YouTube video using the lucid scroller present and switching between Safari tabs etc. It also has a tiny blank space in the right corner which is basically a fingerprint scanner- famously known as the Touch ID.

This MacBook or any MacBook, in general, is the best choice for developers, as you can develop for Android as well as for iOS (Which is a more proficient market) on it, whereas you are stuck with only Android development in Windows. Moreover, due to the wide availability of developer tools, web developers, app developers as well as game developers prefer it over Windows for their programming work.

This MacBook comes with macOS which is Apple’s own ‘Linux-based’ operating system. Although, apparently, the MacBook is the only laptop on which you can run three different operating systems- macOS, Windows, and Linux distributions.

This is all or today guys. Although, leave in the comments down below if you want more lists like these.

How to fix the most common issues with your iPhone?

MobileMiner: How to install this awesome cryptocurrency miner?