The Peaks and Valleys of WWDC 2018 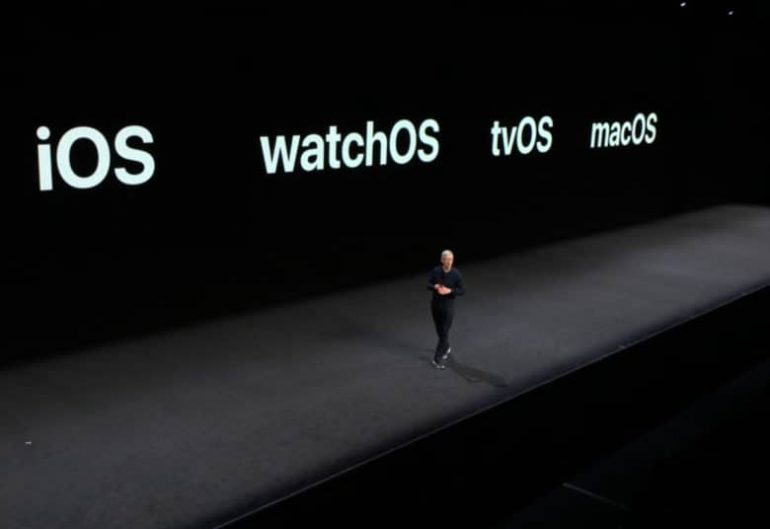 Today Apple held WWDC 2018 to announce their much anticipated software updates. iOS, macOS, watchOS, and tvOS all got new features, and despite being smaller in features there’s still much to talk about.

Apple from the very beginning setting the stage with iOS claiming that the focus was performance and stability improvements. So, although there might not be as many user features as prior updates, the new features here are meaningful. However, some don’t quite meet that standard.

In my opinion, here the peaks and valleys of WWDC. First the positives…

Looking back, we might see this as the most important feature announced today. At the tail-end of the macOS announcements, Craig Federighi gave us a sneak peak of Universal Apps now incorporating iPhone, iPad, and for the first time Mac.

The Mac App Store has had issues with Mac developer retention for some time now. Getting iOS developers to come over has been a whole other issue. iPad apps were quickly adopted by developers because it shared so much in common with iPhone development. All that a developer really had to do was update the UI. Mac, on the other hand, currently requires a whole new app be written. 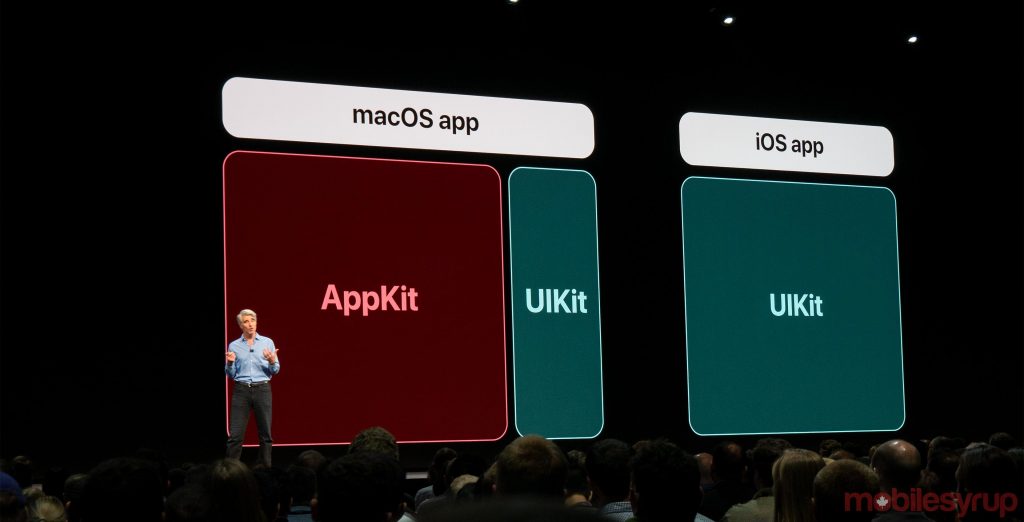 This transition to Universal Apps across OSes comes in two phases. Phase 1 we saw today. It starts with Apple porting some of their own apps to Mac, which include: News, Stocks, Home, and Voice Memos. Phase 2 comes next year and will open up tools to developers allowing them to port their own iOS apps.

Hopefully these new additions, plus the new Mac App Store design, create greater incentive for developers to bring their apps to Mac. From where I’m standing, these tools could make a big difference. 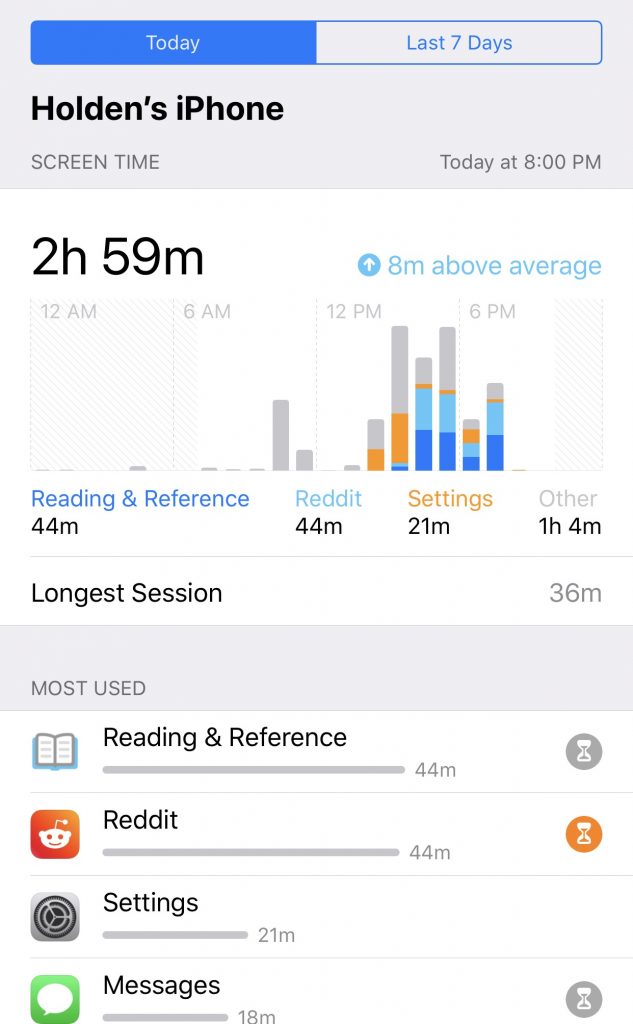 Last month Google showed off their bevy of “Digital Wellness” features, and while they might have gone farther, it’s great seeing Apple take steps to make your time spent with your phone healthier.

All these Digital Health features show up in a few different ways. First were some additions to Do Not Disturb. Now in Control Center you’re able to associate Do Not Disturb functionality with a particular location (where you work) or a calendar event (a specific meeting at work). Even when using the Bed Time function added last year, Do Not Disturb will automatically turn on.

Screen Time is the biggest Digital Health feature added. In settings right under Do Not Disturb a new tab dubbed Screen Time will show you how long you used your phone, how many notifications you received, how many times you picked up your phone, and your most used apps. From here that data can be broken down by current day or week. There are also options to set timers per application or type of app determined by its category in the App Store.

The most immediately apparent update to macOS Mojave is the new Dark Mode. First off, it’s gorgeous. Holding back from using the developer beta of Mojave just for Dark Mode has been a trying effort. I’ll manage, somehow. There’s not much to say other than to look at these beautiful stills. 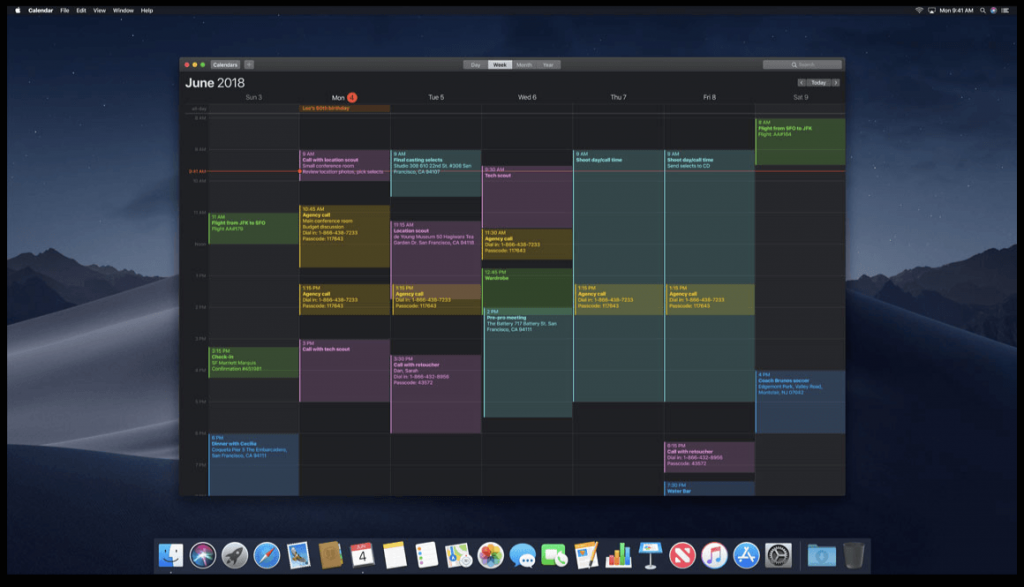 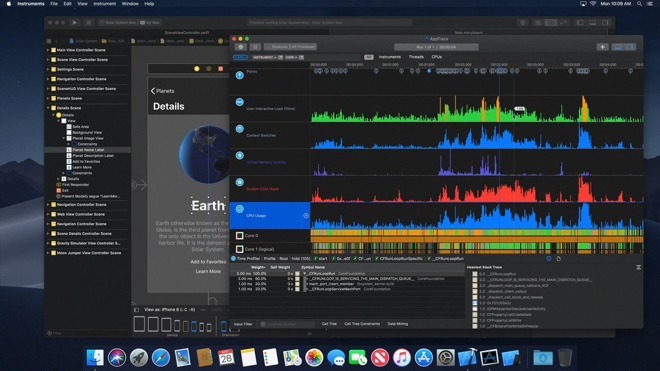 We’ll talk about some of the other Siri features later, but a smaller addition comes in form of task suggestions seen in Notification Center. Let say that you missed a call from someone and you haven’t called them back yet, Siri will add a notification suggesting you call that person.

I’ve already had experience with this on my phone can already see it has a useful tool to remind me of smaller important items I might have forgotten otherwise. These suggestions also show up in the Search Field. The idea is that after Siri has learned some of your routines she’ll send you handy tidbits when you need them most. 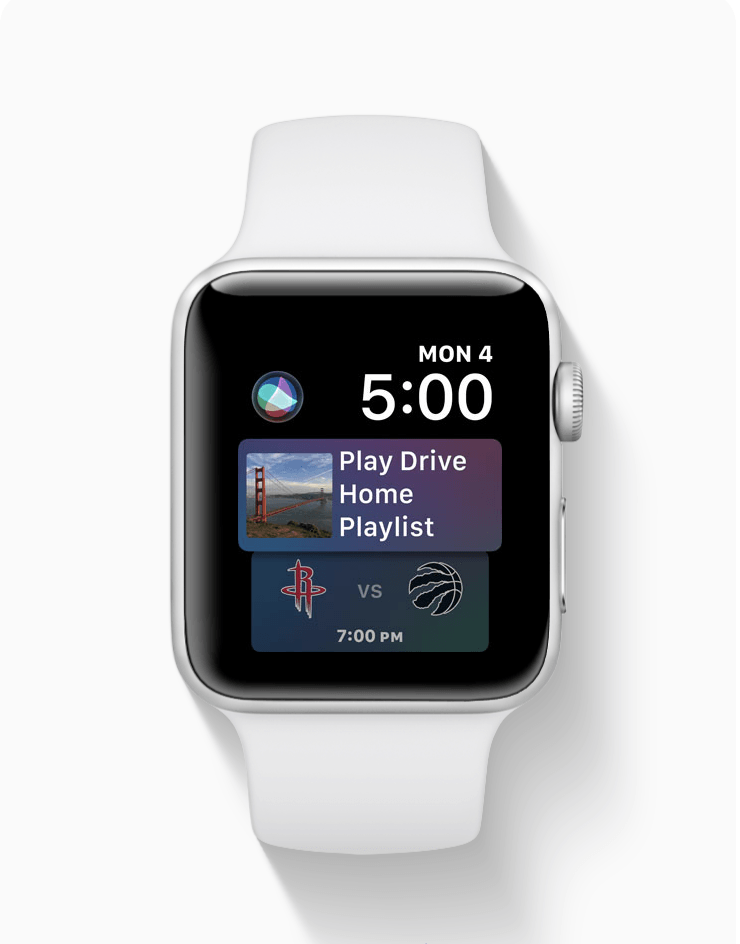 Flag this one as highly subjective and very much my own opinion. Many people are going to love these new Animoji and they’ll love FaceTiming their friends as their very own Memoji. Not me. Animoji has always hit a sour note for me and with iOS 12 I’m finding their inclusion that much more frustrating. Beyond FaceTime invites in Messages, Animoji was the only new addition to Messages. 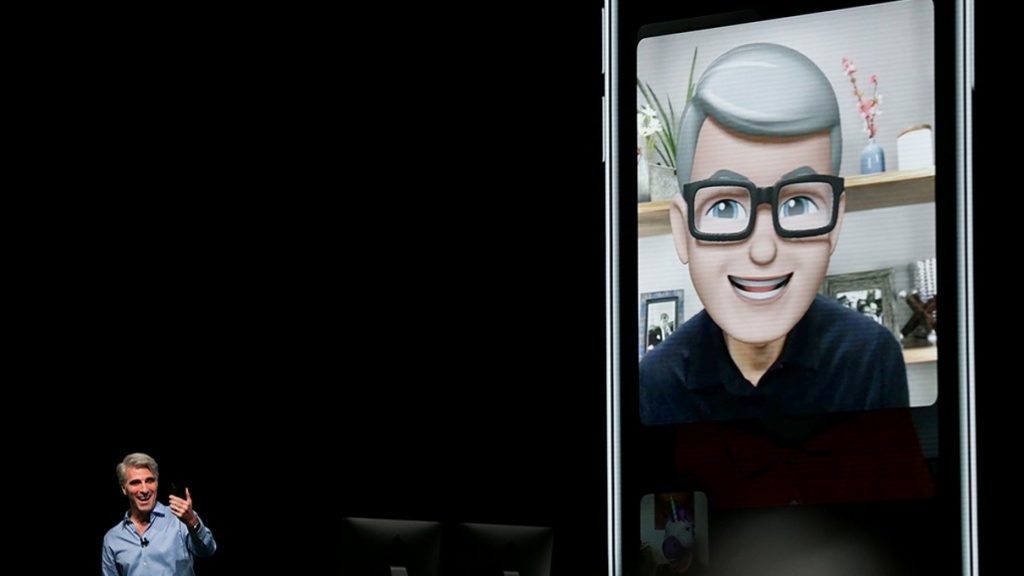 It’s not the inclusion of new Animoji that upsets me, if there were other features to discuss among Animoji I’d have no problem. But it was the only update, and Apple spent a lot of time on it. Which leads me to…

RCS is the spiritual successor to SMS and includes many practical additions such as read receipts, typing indicators, and rich links. It has been adopted by all the major carriers, and would make texting someone on Android (aka a non-iPhone user) a far more pleasant experience. It’s also far more practical and necessary of an update than additional Animoji.

To me, not including RCS would be like not including Bluetooth 5.0 or a new WiFi standard. Why exactly wasn’t this included? I’m very curious. It can’t be because of security, because SMS already lacks end to end encryption.

When video leaked of macOS and the included Dark Mode a few days ago, I became hopeful we’d see the feature come to iOS as well. Alas, I was wrong. Maybe there are challenges bringing Dark Mode to iOS and that don’t exist for Mac. iPhone X and future OLED devices would benefit greatly from a Dark Mode. OLED screens don’t have to power black pixels, which could have resulted in a lot of power saving goodness if there were an iOS Dark Mode. I’m sure it’ll come eventually, just would’ve been nice to have seen it released in parity with macOS. 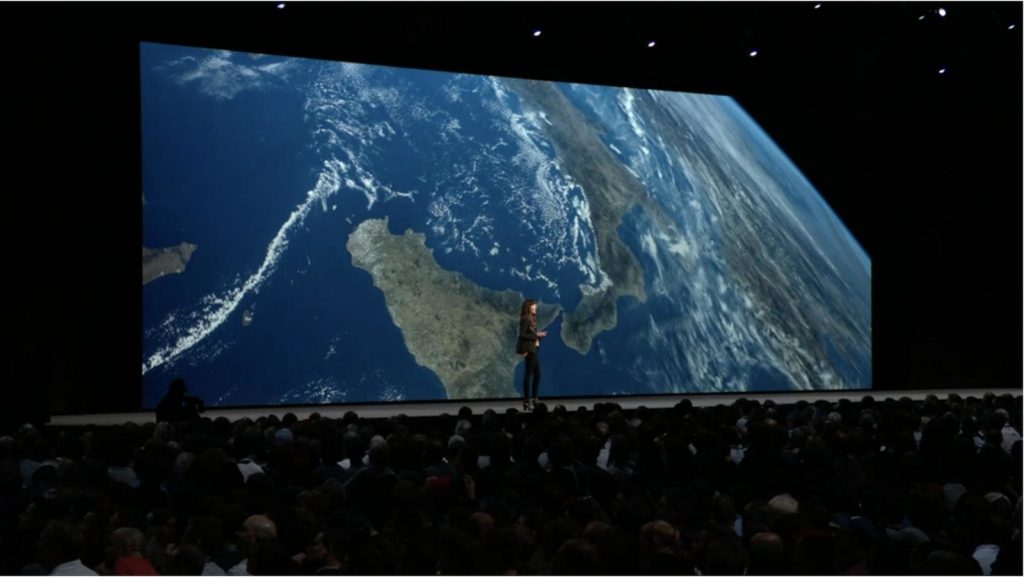 What is there to talk about, really? Dolby Atmos support. A single new screen saver. And an admittedly cool Zero Sign-In feature for TV passwords let down by support from only one provider. None of this warranted being featured in a keynote that already ran too long, Apple shouldn’t have dedicated time to tvOS on stage. They could’ve left it out.

For me this is one of the biggest letdowns of WWDC. Siri has fallen behind competition with Google Assistant, Alexa, and Cortana; and she really needed this year to catch up. Siri Shortcuts seems to be trying to catch up on third party app support seen on other assistants. At a quick glance it would appear Apple has done so, but a second thought changes that outlook.

Essentially the feature takes advantage of available deep links into apps allowing you to go somewhere specific in an app. By going to a deep linked area of an app you’ll be able to tell Siri you want to create a command for that specific information you’re seeing in the app and create your own command to reach it. 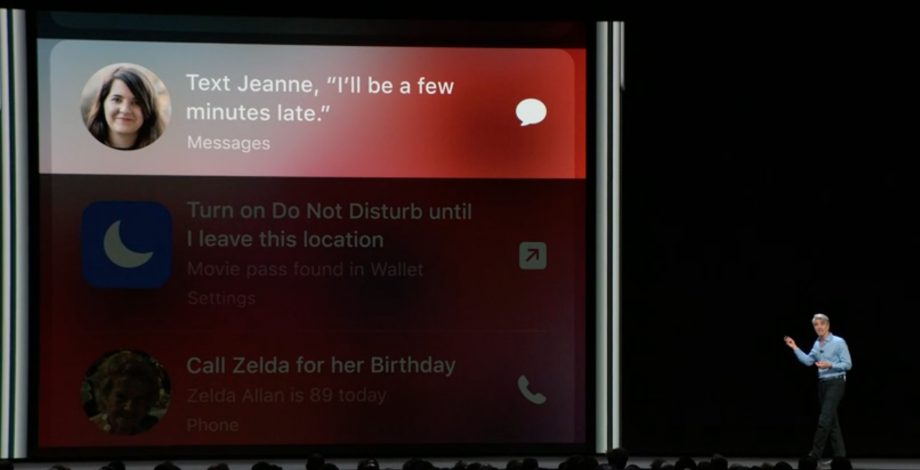 Here lies the problem. For starters Google Assistant already has similar functionality, the difference being that the user doesn’t have to point Google Assistant where to go, it just know to go. Siri has to be trained per function, per app. A lot of voice activated requests are thought of on a whim and aren’t initiated preemptively. Who thinks they’ll have a question in a few hours and sets it up ahead of time? Seems like the user is doing work that Siri should be doing instead.

Even though requests can accomplish more complex tasks thanks to the integrated Shortcuts app, they all still require the user come up with a command and consistently use that command verbatim. Stray from the command and you’ll get a different result. Notably Siri falls behind competition on voice recognition as well, and there was no word about and update there.

It’s not a terrible feature, but it certainly doesn’t help Siri catch up to competition.

iOS 12, macOS Mojave, watchOS 5, and tvOS had many other features that couldn’t all be talked about here. Increased privacy while browsing, Group FaceTime, grouped notifications in iOS, Camera Continuity, among others were also highlighted during Apple’s event. Stay tuned for more updates and a look at unannounced iOS 12 beta features and overall impressions in the coming days while we get our hands on the software.