The era of mechanical phones is back again, just after we’re done with notches 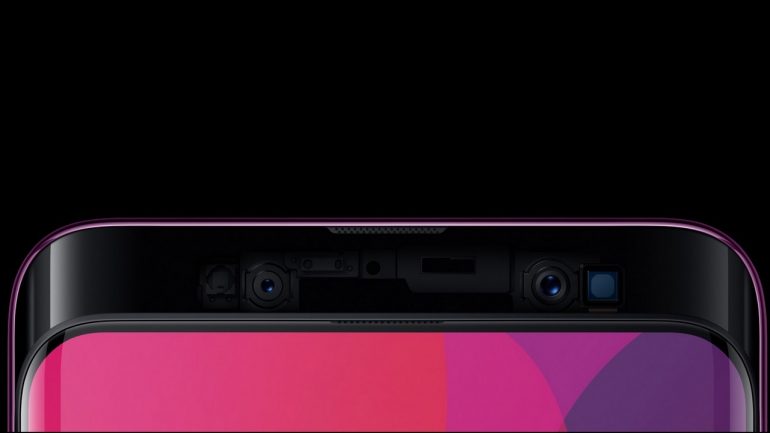 Phones in the 21st century so far have been outlandishly swanky. The word weird; I guess, is what defines the technological situation today. And believe me or not, we took our stances on future technology very differently in the past than it appears today. There was a belief in the early 2000’s that every technological beacon in the future would serve as a head-turning advancement on its own.

But that’s clearly not the case today– and probably for the foreseeable future. There’s just one manufacturer that pulls off something unique and then everyone else follows. People get so acclimated to new advancements these days that even though a breakthrough model loses its worthiness in people’s eyes. And that’s what leads us to the term ‘popularity’. Even capital feeds on popularity. In that context, corporations tend to compete; in fact, give it all in to gain the top spot. Instead, they fall when consistency is disoriented. Well, the current smartphone scenario is precisely a description of what I said above. And Oppo and Vivo are the two companies that could be considered as current examples.

When notches first appeared, people lost their minds over them. A balanced wave of excitement, as well as inertial disparities, domineered; and manufacturers never failed to repeatedly jog our memory by releasing new phones being partially similar to their competitors– who also sported notches. Well, the whole idea behind notches is to provide more screen estate. And Andy Rubin’s Essential Phone was the only device that could actually get closer to a ‘complete-screen’ dream. Sadly, it didn’t work out for Essential at the end of the day. However, we now have two new candidates you can rely on to enjoy the ‘complete-screen’ experience. And they’ll simply blow your mind.

Oppo’s Find X is a phone with a 1080p OLED screen. But that’s not the best thing about the phone. It is the fact that the screen has unemphatic bezels around it– leaving no space for anything but the screen at the front. No facing cameras, no fingerprint sensors, and definitely no physical buttons. Yet, the whole screen part is a secondary amusement.

Remember when we used to ravish, contemplating little toys that appeared to magically move; when we were around 5 years old? Well, Oppo has revolutionized the way it manages the crucial aspects of a phone without giving away screen surface. Just a tap on the camera app icon leads the entire top of the phone behind the screen to pop up. And the level of amusement on that is exactly what you can expect from a 5-year-old. The only difference is that the piece of technology you’re holding in your palm is not a toy. The top that pops up houses a camera and a 3D face scanning sensor amongst regular sensors. And the pop itself is utterly subtle. This is absolutely one of the things that can be hosted on r/oddlysatisfying.

You might as well have had a thought until this point concerning the atonement of speed in all of this. While unlocking the phone, you have to swipe up on the screen to activate the pop which then is responsible for a successful face scan and authentication. I can’t believe myself while I type this, but the mechanical camera slider works exasperatingly fast. As soon as you witness the mechanical camera slider, you start doubting the fact that this phone emerged from a company which was almost on the verge of extinction. The Vivo Nex is yet another device that does away with notches and bezels in all and utilizes mechanical parts to suffice basic features. But, as compared to Oppo’s Find X, it’s way less charismatic. Appearing as a little beacon, the mechanical camera slider on the Vivo Nex feels like something could go very wrong very soon. And I’ll come to that in a minute.

The Oppo Find X has its own, unique charisma.

Oppo also hasn’t denied minute details vital for user engagement to the brand (which is what Apple usually does). While sliding up during face lock authentication, the phone makes a subtle sound to notify that you’re in. As far as design is concerned, the phone looks like the latest flagships from Apple and Samsung had a child together. But it’s not like some other manufacturers (I’m pointing at you, Xiomi) who undeviatingly copy Apple. Oppo has its own charm, and that is proved by its luminescent back and of course, the inclusion of the mechanical camera slider.

However, having a moving mechanical camera slider on a phone is a recipe for malfunctioning hardware. There is a chance that you’ll break the mechanically sliding part through regular, daily usage. There are endless possibilities when it comes down to splintering an external mechanical part. I remember the times when cassette players were considered the old iPods. They would usually have deep, physical buttons. And sometimes they would get stuck inside what would seem like an endless vertical tunnel– courtesy of a strong push. Well, this could very easily happen with the improvised mechanical slider as well. If a speck of dust can destroy a futuristic mechanical camera slider, then I’m terror-stricken imagining what an accidental drop could do. Another aspect to consider is waterproofing. Though, after taking into account the amount of non-water resistant smartphones on the market currently, I wouldn’t complain. But, even a slight drizzle could exasperatingly destroy the phone inside-out, that is unless; by some way, the phones are made water resistant, if not waterproof.

As much as these mechanics elate you, trust me, it can become a nuisance as well. The phone could accidentally open the camera while stationed in your pocket, resulting in constant nags through your thighs or buttcheeks– depending on where you prefer to slide in your phone.

It’s good witnessing a breakthrough advancement in the things we love to use the most, but it also raises a question: Do we really need this? No! Weren’t notches enough? Yes. It’s just been roughly eight weeks since the notch became trendy. And I’m not sure if we are yet ready to face another trend so soon. Mechanical phones were awry. They needed to be replaced almost every six months as they never lasted long. And this also is one of the reasons we don’t notice much from BlackBerry nowadays. So, coming back to the nostalgia may be the right decision for companies that have their eyes set on capital, but it isn’t gonna go as far as you may think.

And this is backed by the fact that Apple patented an in-display camera system as well as an in-display fingerprint sensor. The tech giant almost even added the in-display fingerprint technology to its phones launched last September, but due to time constraints, it couldn’t introduce it through the final product. There are talks as well about in-display cameras in iPhones. It’s not sure if they’ll be coming next year, but it’s definite that it’ll come soon. And with in-display cameras in the scene, I doubt there’ll be any place for phones with external mechanisms. I’m not talking about 10 years from now, we could witness this functionality as soon as next year itself. Fingers crossed on that.

This has exactly been the attitude for Chinese smartphone manufacturers. They focus on what’s trending currently, get a leg up, and fail miserably in the long run. As a person who has a keen interest in technology, I have a simple formula in order to characterize a phone based on its popularity in the long run. And pouring my guts out, the flashier the phone, the less it values in the market; the simpler the phone, the more it measures in terms of customer satisfaction. OnePlus fits in perfectly for this example. Even though it isn’t experiencing bizarre rendezvous’ with its products, it makes sure that the phone works when the user wants it to work.

Saving a notch won’t make a huge difference while watching a video, but I’m ready to cash in on the Oppo Find X if it promisingly provides a stellar smartphone experience– and not just an aspect of it.