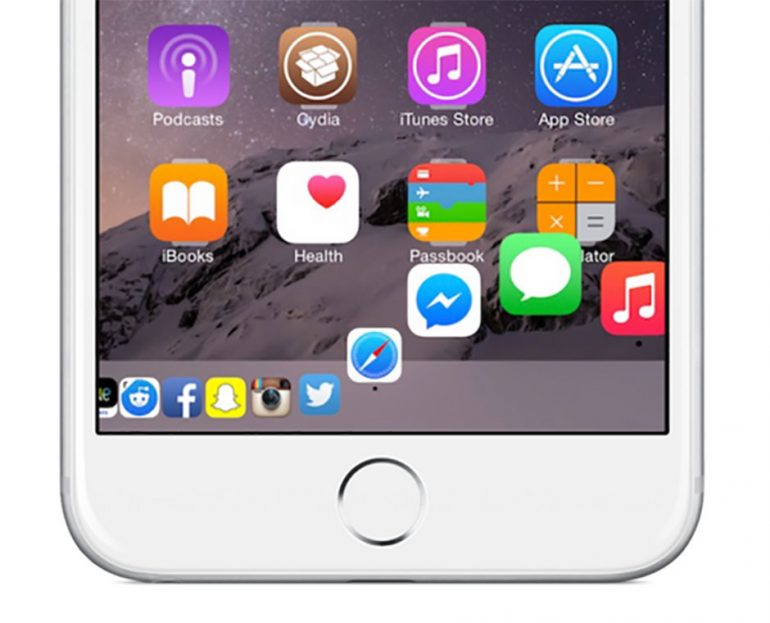 Funny- which means causing laughter and amusement. Gone are the days when we used to laugh at the clown’s tricks in a circus. Instead, we now fear most clowns as they are really very creepy. Adding to that, doing scary clown challenges have set a constant inertia in people’s minds that clowns are to be feared for.

Enough of the clown stuff! My point is that the standards of our humor have been upgraded with time. We are now more or less wanting for memes. Some people also have an acute condition of memeosclerosis (I just made that up!), in which they cannot breathe without posting a meme.

But, here I am with another option to bring a smile on your face. I’ve got a list of top 10 Electra jailbreak tweaks which will make your day better. Although, I would recommend you guys to use a PC along with an installer tool to install these tweaks to not have any installation-related problems.

Let’s head for the fun.

These tweaks are the ones that you’ll enjoy having on your phone. From a simple battery tweak to some lock-screen GIF level stuff! With these tweaks, you can ultimately make your Android fans jealous by showing off what your device can do. I mean these tweaks enable those functionalities that even Android phones can’t get after getting rooted.

Learning from its name, does anything spark inside you? If not, then you’re a kid. This tweak displays “Nice” in place of your battery indicator as soon as your battery level reaches 69 percent. Isn’t it cool? As for me, it brings a wide smile on my face.

Damn! These tweaks have some truly inspiring names. This tweak does exactly what you’ve wanted to do as soon as you got to jailbreak your phone. With DopeSettings, you can rename the tabs in settings to anything you want.

Fingal lets you animate your springboard icons and make them do weird stuff. This tweak is pretty similar to Anemone, except you have to install animation themes on Fingal, which are available everywhere in the world of the jailbreak since the release of Fingal. Although, I may warn you that this tweak can cause minimal battery drain.

“Oh shit! Why are my apps falling”? This is probably gonna be your first reaction when you install this tweak. This tweak adds the effect of gravity to your app icons on the springboard with the help of the gyroscope. With just a double tap on the status bar, you’ll notice the icons falling to the absolute bottom if you’ve held your iPhone normally. So, if you hold it upside down, the icons will fall on your status bar.

This is extremely fun!

A pretty long name huh? Although, this tweak pretty much does what its name suggests. It allows you to customize all the texts that are involved with your lock-screen. Anyways, here’s an alternate method to do that. But, I would definitely recommend the tweak instead of the alternative.

This tweak allows you to have a lock-screen feature where you can have a glimpse at your notifications just like you would have if you had an Android phone with an OLED screen. It works the best on the iPhone X as the iPhone X has an OLED screen. Thereby, it can also reduce battery drainage. 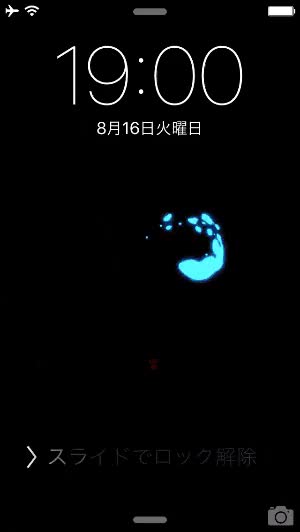 This is way more fun than you think it is. This tweak allows you to autoplay a cool Pokemon Go GIF as soon as you turn on the screen. It’s also extremely satisfying. Along with that, you can also add your custom GIF. I don’t know what’ll make you smile if this won’t! 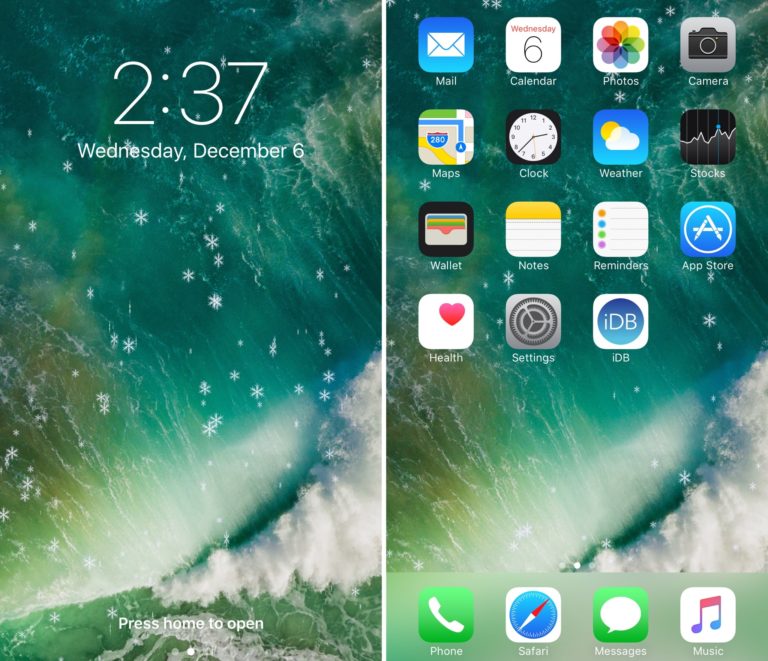 This was the main attraction and one of the reasons people actually jailbroke their phones some years ago. It brings a virtual snowfall on your springboard. It looks so pleasing that a smile automatically pops out making you feel better about making the decision when you bought an iPhone.

I feel that a handsome amount of people already know about this one. This tweak refreshes your wallpaper automatically every day so that you won’t have to deal with the feeling of having a boring device every day. 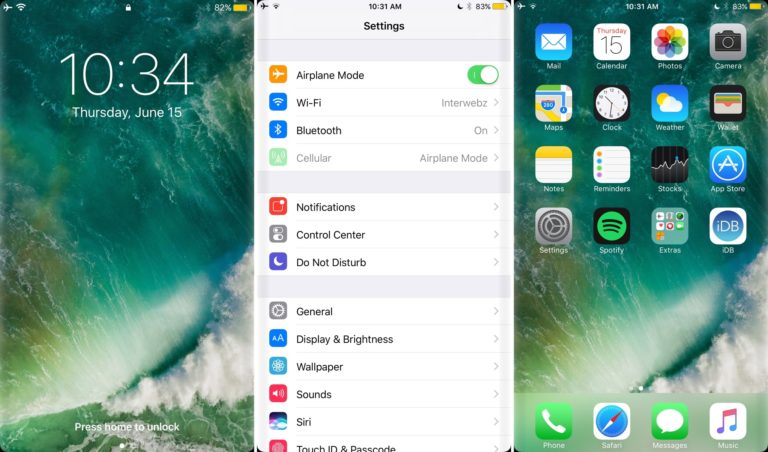 Ever wanted to show off the power of jailbreak to your friends? Here’s your chance. This tweak adds a virtually curved screen affect just like the actual curved screen on the Samsung Galaxy S8. Finally, Android fanboys can meet their doom.

So, don’t complain anymore about having an iPhone and feel proud that you have one. (Was that too much?)

And, the top Electra jailbreak tweaks that aim at improving device aesthetics.