The Answer to Apple’s iPhone X: Here’s the Samsung’s Galaxy S9 and the S9 Plus 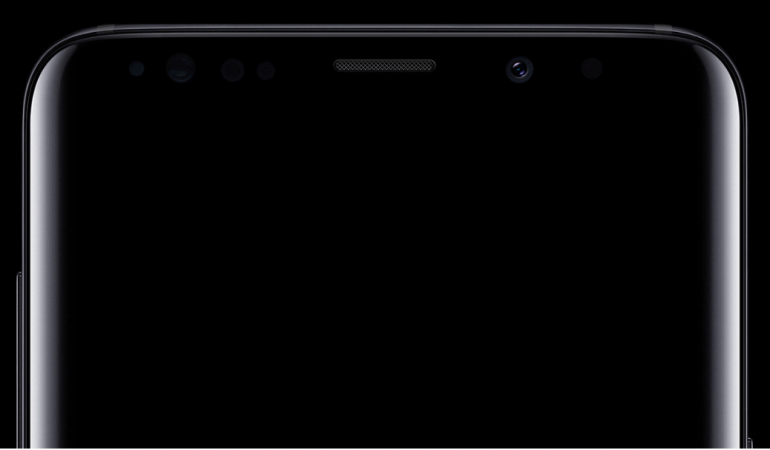 Samsung and Apple have been in the device competition for a long time now. Sometimes it’s Apple that wins the side, while sometimes Samsung takes home the trophy. Other times…. Well, there’s no other time.

Last year, in September, Apple released its new reform, the iPhone X and the iPhone 8. They have a huge list of new features on the X, regardless of the same old, but the slightly modified design on the iPhone 8. For the first time, Apple has included wireless charging into its roster of features. Although, it should be heeded that even if Apple includes a feature in its devices that is already present since eons in its competitors, the feature seems more enhanced on the iPhone than any other device in the market.

Although, speaking of the rivalry between Apple and Samsung, they are considered to be the equivalent of the two most authoritarian nations in the history of the world, namely the USA and Russia. For those who don’t know, there was a licit cold war between these nations after the second world war ended.

Apple and Samsung are in a cold war themselves. Although, in this war, Samsung looks like it’s winning, big time!

Now, Samsung has revealed the latest iteration of its flagship smartphone series- the Samsung Galaxy S9. Even though nothing much has changed coming from the S8, it still feels like a new device.

For starters, it has the same design as the Samsung Galaxy S8 from the last year. Although, you can notice a novel shine on the device’s back which, according to MKBHD, fades away in just a couple of seconds of human epidermal interaction.

The biggest change in the design that can straightaway be noticed is that it has a relocated fingerprint sensor. In the Galaxy S8, it used to be beside the camera, which was not the most comfortable, let alone the most efficient position. But, the S9 has it below the camera now, which is a standard choice for most Android smartphone manufacturers.

Finally, you can get rid of all the constant smudging over the camera while trying to scan your damn fingerprint.

It is exasperatingly surprising to know that the S9 carries a headphone jack. While the whole smartphone industry is following Apple in its path, Samsung has kind of decided to make its own. Well, we can’t say that Samsung’s decision of keeping the headphone jack intact is a marketing hallmark or due to a manufacturing deficiency.

If you release a new phone as an exact aesthetic replica of its predecessor, you gotta do something new. Well, then there are only two aspects where Samsung or any other phone company, in general, can add its novelty to- the hardware or the software (or both).

Well, Samsung has chosen the hardware part where the Galaxy S9 has an enriched Qualcomm Snapdragon 845 processor in it, with 4 Gigs of RAM in the small model (a la only S9) and 6 Gigs of RAM in the S9 Plus. Similarly, the smaller version has a 3000 mAh battery while the ‘Plus’ version has extra an 500 mAh in it, summing in at total 3500 mAh.

You should also note that it has the option of fast charging along with fast wireless charging. While Apple offers its users fast charging through a lightning cable, it doesn’t offer the same charging speeds wirelessly.

The S9 has an IP68 water and dust resistance rating which is per usual in Samsung’s terms. Although, you’ll need to wait a while if you are looking for a more rugged version of the Galaxy S9. Further, it has 64 GB of internal storage with the option for expansion using an SD card.

The Samsung Galaxy S9 has also decided to switch to a stereo system of speakers similar to the speaker setup that you would find on an iPhone 7 and above. The display is a general AMOLED display used in the Samsung Galaxy S8. Samsung also decided to add the iris and the face scanner along with the fingerprint scanner. Previously, the iris scanner was only present on the Note 8.

Both of the models of the S9 have Gigabit LTE, which again is already present on the S8.

It’s time to address the elephant in the room

Out of all the new things in the Galaxy S9, the camera is the most evolved one. And it’s kind of unprecedented as well. I’m talking about the aperture that this phone holds. But, let’s have a little knowledge concourse based on the science behind apertures.

In simple terms, an aperture is a hole within a lens through which light enters into the sensors. A large aperture will pass a lot of light resulting in a brighter photograph while a small aperture lets in minimum light, but in turn, makes your picture sharper. Although, a small aperture is considered good for capturing low-light images. The depth-of-field effect produced is also a result of the functioning of an aperture lens.

So, with all the other smartphones in the market apart from the Galaxy S9, the value of aperture is fixed. Additionally, manufacturers focus on enhancing the photo using the sensors and software-based modifications. Although this gives very limited options to the users who demand more control over their images. But, the Samsung Galaxy S9 has a unique, first of its kind, mechanical aperture that can be adjusted according to the user. You can switch between the pre-defined f/1.5 to f/2.4 aperture values.

Well, mechanical apertures until now, have only been present on SLR and DSLRs. Though, Samsung has showcased an example of pure engineering experience, which is usually the case with iPhones. Also, the S9 Plus has a dual camera which is the contemporary trend in this industry.

If you look at the camera lens closely while tapping the aperture settings, you’ll notice a little shutter silently shrinking itself and vice versa.

In terms of picture quality, the sensor captures 12 MP photos which are now processed in a better way to reduce noise. Slow-motion video capturing has also improved. Now you can capture 720p slow-motion video at 960 frames per second. However, the videos look a bit grainy at that level.

The camera app on the S9 has some appealing new features as well. First of all, let me say that there’s has been a lot of copy and pasting in terms of UI from Apple’s iOS camera app interface. You can now easily slide over to the different modes just as you can do on an iPhone. Samsung has also embedded an Animoji ripoff which is named rhyming to the Animoji. It’s called AREmoji. I guess its long form is augmented reality emoji.

AREmoji transforms your selfies which were previously captured using the same mode on the camera app into augmented reality versions of yourselves. It is kind of like Bitmoji, except much better. You can also be animals, but only in the AREmoji world. It doesn’t track your facial expressions as accurate as the FaceID sensor on an iPhone X, but it is considerably good.

Additionally, the camera app on the Galaxy S9 has an image to text translation feature.

It’s gonna start to ship from March 16th in the US. Huh, I can’t wait to get this phone!

Now, hop on into the comments section with your meaningful views.