Take a look a this Tesla Model X being deliberately rolled over, but it won’t! 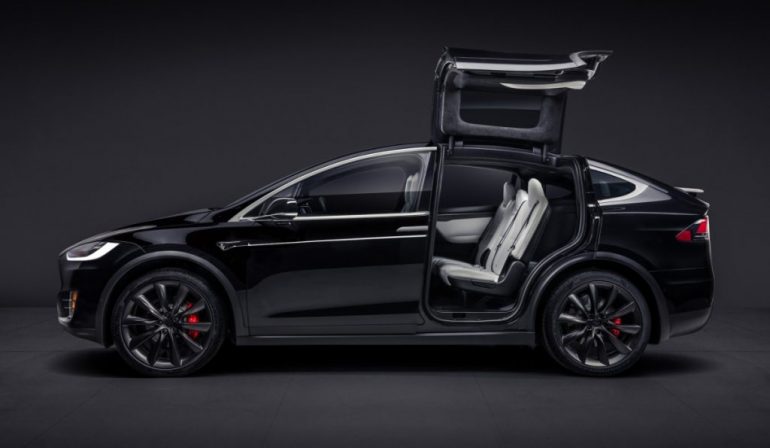 Tesla is torturing its Model X in order to ensure the safety of its buyers, and the scene looks pretty dashing.

In a recent video posted on Tesla’s Twitter handle, a Model X is being thrust towards what appears to be a sand-table in an effort to swivel it top-down. But, despite three attempts, the car won’t twist, and it’s a marvelous disclosure to us.

Model X is the first and only SUV to achieve a NHTSA 5-Star safety rating in every category and subcategory, with the lowest probability of rollover and overall injury of any SUV pic.twitter.com/V0f8ljeIBp

This is because of the Tesla’s triumph in attaining an NHTSA 5-Star safety rating in every category as well as every subcategory with the lowest probability of a rollover and overall injury of any SUV.

NHTSA’s 5-Star ratings program evaluates how vehicles perform in crash tests by conducting frontal, side and rollover tests as these accident forms account for the majority of mishaps in America. In each case, the test is performed by initially providing a scenario, which then is enacted by using machines and accurate conditions. A vehicle driving on the other lane veers into your lane due to some reason and becomes the cause of a collision, for example, is one of the conditions for the test.

However, according to Tesla, no other SUV has ever passed with an all-star rating in this test. Thus, it’s a huge deal for the company that has been held accountable for several crashes in the past. A Tesla car crashed into a side-barrier on highway 101 in Mountain View killing its driver, and Tesla’s autopilot feature was held culpable for the mishap. Since then, Tesla’s been working extra hours to prevent such accidents in the future.

Tesla is also advancing into a more convenient car company that genuinely sports good customer servicing. Just with a tap of a button on Tesla’s mobile app, you can expect a Tesla Ranger to visit you and take care of what needs to be taken care of. And the best part is that there is zero paperwork– Elon Musk tweeted. This is the direction that Apple first progressed through, and Tesla seems to be the Apple of cars with it paying real value to its consumers. And this will probably be the prime reason for people to stick with Tesla as they may feel a sense of affliction towards their Tesla, seemingly making the product more than just a car.

It’s certain that Elon Musk is only improving, be it in a form of its companies or in his personal life, and that itself is a clear reflection of Tesla’s and SpaceX’s future, hoping to revive its reputation as the master tech car.