I want a Space Black SiP on my Apple Watch too! 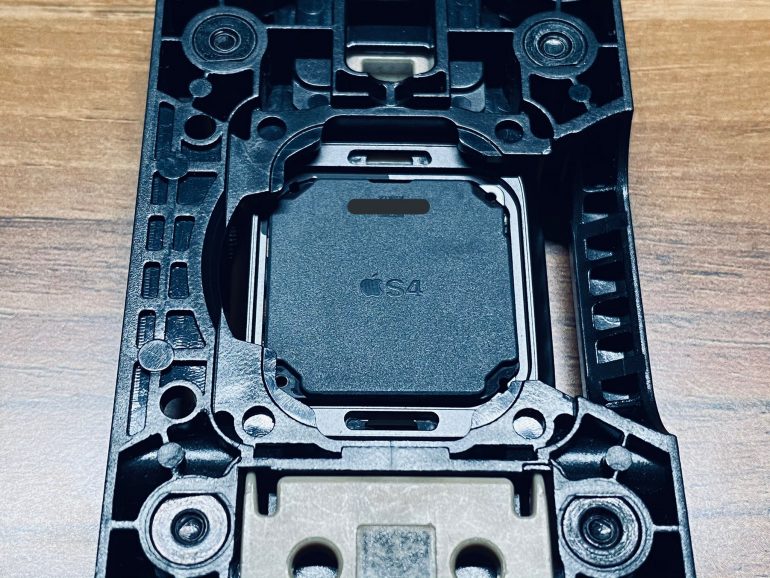 The Apple Watch was first launched back in 2015. Since then, it has garnered a massive user base and has become one of the most popular smartwatches. What makes the Apple Watch special is not only the software and health and fitness features like Blood Oxygen Tracking but also what powers it—-The SiP (System in Package).

It’s interesting to note how tech companies are able to fit so much processing power into a minuscule chip like on the Apple Watch. And it may seem easy on the surface, but engineers over at Apple have to spend months perfecting the silicone until it’s mass-market material

Thanks to Mr.White on Twitter, we’ve got a glimpse of what those processors look like during development and testing.

In the photos that Mr.White tweeted, you can notice there’s a space black developmental version of the SiP used in the Apple Watch Series 4. The one in the Apple Watch you’re wearing right now is silver-colored instead. And even though you won’t ever get to physically see the SiP on your Apple Watch, it’s interesting to note that Apple engineers and developers get to work on space black models of the chip.

Furthermore, one of the images showcases the S4 SiP in an encasing, which is what Apple might have used to encapsulate the chip for various reasons—-protection, confidentiality, etc. The hardware model number for the development S4 chip shown in the image is T1146SAP and the firmware it’s running is some version of iBoot, which is Apple’s official bootloader for all its devices.

Apple usually provides its chips in such cases instead of a full-blown Apple Watch to protect the final design from leaking out. Recently, developers also got ARM chips that Apple itself made for MacBooks in a Mac Mini encasing instead of MacBook models.

These chips, moreover, ship with a system that allows developers and Apple engineers to work on configuring it.

The Apple Watch Series 6 comes with an improved S6 processor that allows the watch to handle complex processes like loading apps easier and faster.