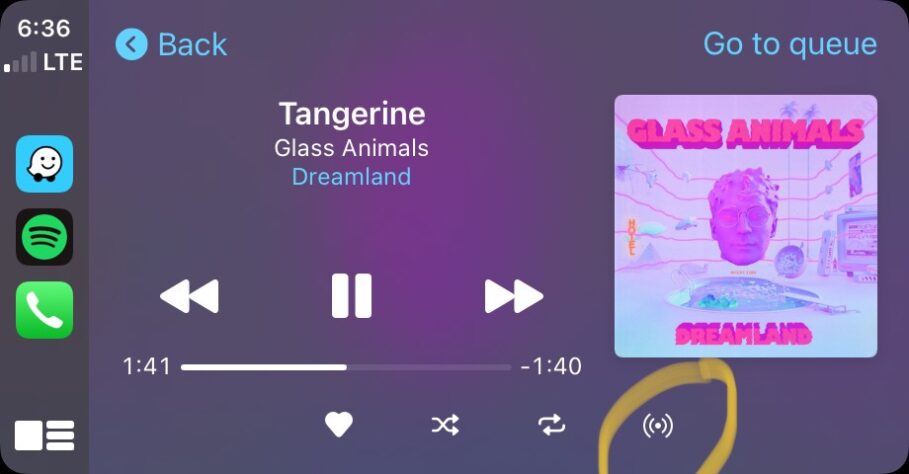 Spotify is currently testing its “Go to song Radio” button on the Now Playing screen in its CarPlay app.

The “Go to song Radio” feature creates a long playlist of songs that are similar to the current song you are playing with the tap of a button, using its algorithm.

This feature is similar to Apple Music’s AutoPlay feature. However, on Apple Music, the algorithm doesn’t create a playlist; instead continues to endlessly add similar songs to your current queue.

When you tap the “Go to song Radio” button—which looks like waves emanating from a dot on the Now Playing screen in Spotify’s CarPlay app—a playlist is created with songs similar to the song that is currently playing.

Until now, CarPlay did not support this feature within the Spotify app. However, Spotify is currently testing adding the “Go to song Radio” button to the Now Playing screen on Spotify’s CarPlay app as a part of its beta testing program that is accessible via TestFlight.

The “Go to song Radio” button will enable Spotify users on CarPlay to keep their groove going by continuing to listen to similar songs. It’s unclear, however, as to when Spotify will release an update to the official app to accommodate this feature.

Spotify also recently added the ability to Queue songs in the CarPlay version of its app.