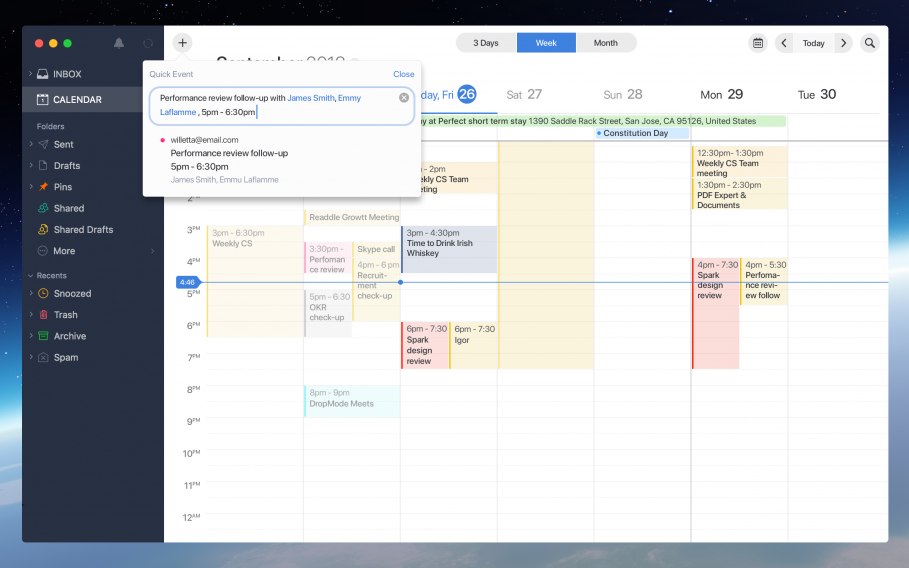 The popular email client, Spark Mail, won’t be updated for Apple Silicon Macs as of now. Instead, the app’s developer Readdle will launch a new desktop version of Spark Mail that will include native support for M1 Macs.

Spark Mail’s Twitter account today replied to users asking when the app would be updated to support M1 Macs stating that they do not plan on “fully optimizing Spark for M1 Macs.” However, their team is working on a separate Desktop app that will include support for Apple Silicon.

“At the moment we don’t plan to fully optimize Spark for M1 Macs. Good news is our team is actively working on a whole new Spark for Desktop which will have native support for Apple Silicon Macs”

This news comes in as users have been experiencing several issues with the current Spark Mail app that can be downloaded from the Mac App Store and that does not include native support for the M1 chip. Those issues mainly include battery drain and inconsistent performance.

Apple introduced new Macs with its own custom silicon chips inside. While these chips offer significant performance improvements as compared to Macs with Intel chips, they lag behind a bit in terms of software compatibility.

Thankfully, Apple offers the Rosetta 2 translation layer that translates apps made for x86 processors and converts them into code that is executable on the latest M1 chips. However, the Rosetta 2 translation layer is only there to make sure things work. On the other hand, apps that are updated to support Apple Silicon are observed to have worked much better in terms of performance and reliability.

Currently, the version of Spark Mail app that is available through the Mac App Store isn’t optimized for M1 chips and therefore, it occasionally runs into minor inconsistencies and issues, which isn’t an ideal setup, per se.

The tweet does not mention when Spark will release its desktop client, only that its team is “actively working” on it. Spark is also believed to be working on a desktop client for Windows. So, there’s a chance that Spark’s both Windows and macOS desktop versions arrive at the same time.

You can download the current version of the Spark Mail app from the Mac App Store. The app is also available on the App Store for iPhone and iPad.