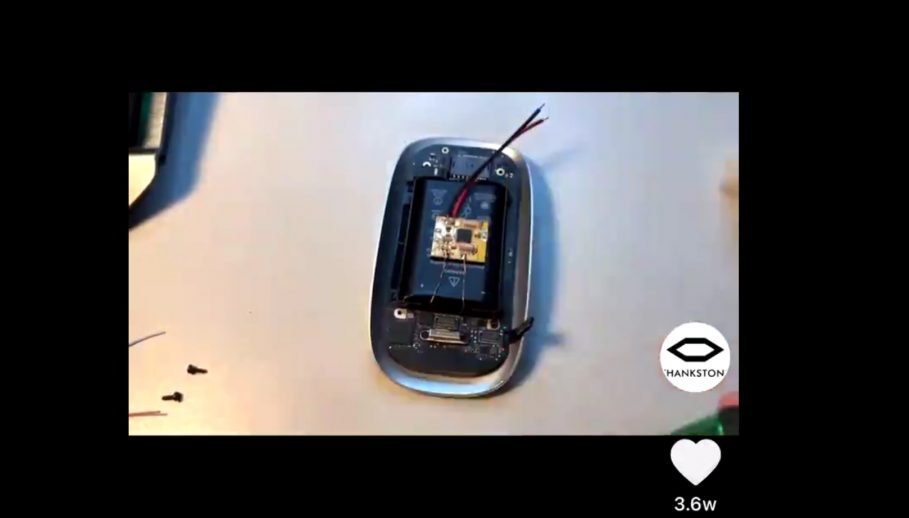 Apple’s Magic Mouse lineup is nothing short of clever. Instead of struggling with a trackball or trackwheel, the Magic Mouse adds a touch panel atop which makes scrolling easier. It’s usually revered for its multi-touch surface while paired with a Mac and its unprecedented design.

Apple launched the second iteration of the Magic Mouse, dubbed Magic Mouse 2 back in October 2015. One of the major improvements was that the mouse no longer needed replaceable batteries. All you had to do was charge the mouse once in a while with use. The addition of rechargeable batteries made the Magic Mouse 2 even more appealing for users, with other aspects of the mouse accruing negative reviews for lack of much innovation.

But the thing that boosted it further into popularity is also the thing people most hate about the Magic Mouse 2. And it has to do with the placement of the charging port which is inconveniently located below the mouse. This means that it’s physically difficult to use the mouse while it’s charging.

Despite the fact that a single charge lasts weeks and only takes a few hours to completely charge, a lot of users believe that Apple could’ve found a better way to place the lightning port on the Magic Mouse 2.

Users have also been increasingly vocal about the placement of the lightning port on the Magic Mouse 2. However, it is unclear when Apple will launch the next iteration of the mouse. Until then, someone has modified their Magic Mouse 2 and have successfully integrated a wireless charging functionality within.

In a video shared today on Twitter by leaker DuanRui, a person is shown modifying their Magic Mouse 2 and soldering a wireless charging component, thereby making it capable of wireless charging.

The video begins with the person mixing color into a glue solution and pouring it into the enclosure of the Magic Mouse 2 so as to stick the wireless module to the chassis. Then, he goes on to reinstall the battery. As an additional step, the person goes onto install a wireless charger into his desk so that the mouse charges as it’s being used.

It’s a decent solution that seems a bit complex to apply. But if you think you are proficient enough in taking apart electronics and building them again, you might be able to follow the video and create your own wireless charging compatible Magic Mouse 2.

The Magic Mouse 2 was criticized by reviewers when it launched due to lack of innovation, the fact that the charging port was located on the back, and that most gestures that made the mouse great did not work on computers that weren’t Macs. The mouse was also uncomfortable over extended use.

Nevertheless, you can improve your Magic Mouse 2 by adding wireless charging compatibility yourself. Although, ensure that you know what you are doing or else you might damage your mouse. Let us know your thoughts in the comments section below.

Note: The 8-Bit is not responsible for any damage you cause to your Magic Mouse 2. It is recommended to perform modifications only if you know what you are doing.