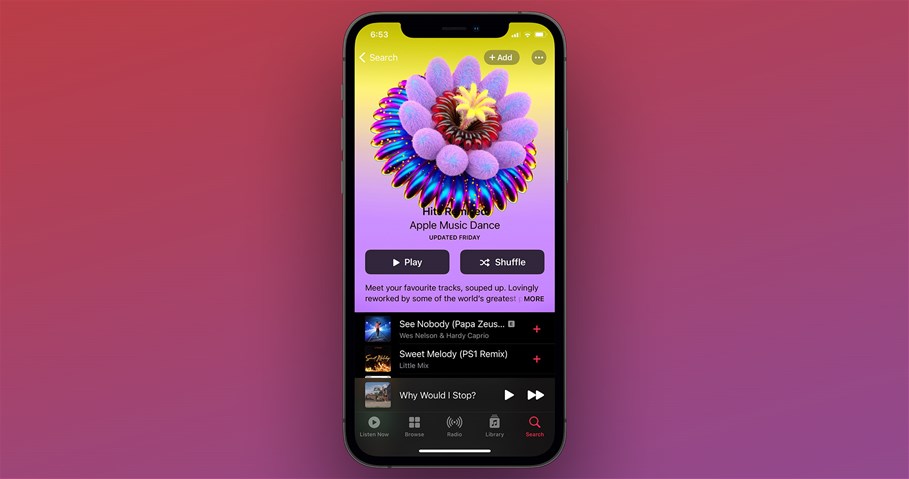 Apple is updating how playlists and album artworks appear within the Apple Music app for iOS 14.3 Beta testers. These now take up the full upper half of the screen instead of the centered square-shaped design, as noted by u/Kiograa on Reddit.

Right now, only a few albums and playlists appear in the new design. If you want to look it up for yourself, check out the Hits Remixed Apple Music Dance playlist, the Detroit 2 album by Big Sean, and the Afrobeats Hits Apple Music African Playlist.

Moreover, some albums and playlists also feature animated artwork within the playlist.

It’s unclear when and if more albums and playlists will adopt the new design.

One observation, though, that you can make is that the stretched out album and playlist artwork makes overlaying text difficult to read. Furthermore, this design appears somewhat similar to the iOS 9 days when the Music app used stretched-out album, and playlist artwork throughout the app.

Apple also launched animated artwork back in July this year when iOS 14 was still in its Beta phase. However, instead of animating within a playlist, the artwork animated in the form of thumbnails in the For You and Browse tabs within Apple Music.

Let us know your thoughts about the new album and playlist artwork design down in the comments section below.