Raspberry releases Pie 3 Model A+, a cheaper version of its latest PC. 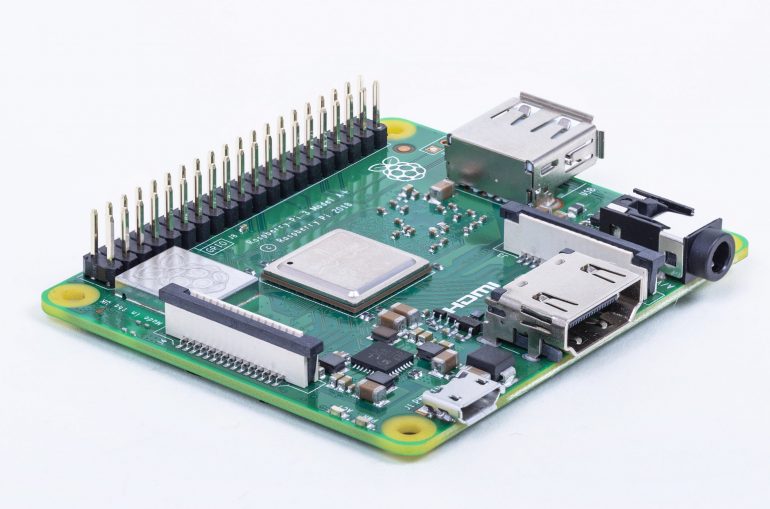 As much as we love the cheap computing that Raspberry delivers, we also secretly wish for those devices to be a bit slashed in terms of pricing. This is not just for the mere reason of cheapness, but to save money at large, since Raspberry’s Pi computers are used more on an organizational level than on a household level.

Although, it seems our wishes have come true. Raspberry has announced a new, cheaper version of its Pi 3 Model B+ and calls it Pi 3 Model A+.

The changes are not something to brag about, except for a few slashed out components to reduce the price by $10 from $35 to $25. The discarded components include an Ethernet port, meaning you will have to rely entirely on WiFi; half the RAM (earlier, it was 1 GB but has been cut down to 512MB); and three USB 2.0 ports (out of four).

Aside from that, the Raspberry Pi 3 Model A+ sports the same quad-core 1.4 GHz Broadcom processor as the Model B+. Bluetooth 4.2 support stays the same along with 2.4 GHz and 5 GHz WiFi, too.

As novel as this release seems, it isn’t really new for Raspberry. Back in 2014, the company used a similar downgrade structure for a cheaper model of its mainstream computer. Except, WiFi too was obliterated with Ethernet which made it impossible for users to use the cheaper version for any process that demanded internet connectivity.

As a matter of fact, the Pi 3 Model A+ isn’t even the cheapest computer Raspberry sells. But, for its stunning organizational advantage and great personal usage, the Model A+ seems like a perfect fit. Not too much; not too little.

You can pre-order the device from here. According to Chicago Electronic Distributors- Raspberry’s official device reseller, shipping begins on Monday, November 19.