It was always there while requesting a YouTube desktop site via Safari on iOS 14. 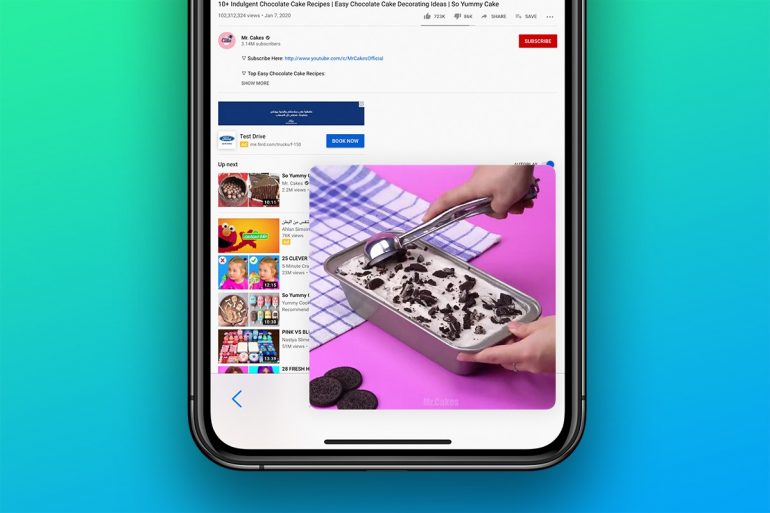 iOS 14 ships with a new feature called Picture-in-Picture. It allows you to view videos in a small frame that you can move around while simultaneously performing other tasks. This way, if you need to, for example, jot down some quick notes from a video, you can do that.

However, YouTube has been quite stringent with PiP on iOS 14. The YouTube app, for starters, does not support it as of now. 9To5Mac earlier reported that YouTube might be testing the feature within the app, however, we haven’t seen any progress yet.

Moreover, even though the YouTube app doesn’t support PiP, you could watch it via YouTube’s mobile website when iOS 14 was rolled out. YouTube later blocked the feature and restricted to YouTube Premium subscribers only. Now, however, it seems YouTube is once again allowing users to view videos in PiP through its mobile website. It’s worth noting that you could always access PiP on YouTube videos by requesting a desktop version of YouTube’s websites via Safari on your iPhone and iPad.

While it’s a good addition, many find it impractical. Since you need to fire up a browser, type in YouTube’s URL, and then play a video, the process of accessing it becomes slower, which is what users despise. The YouTube mobile experience is much more preferable.

It isn’t clear if YouTube will enable PiP within its YouTube app anytime soon. If it does, YouTube will likely restrict the feature to only premium users. Moreover, there isn’t any indication for how long YouTube will allow PiP to work on its mobile website.