OnePlus 6 set to launch on 17th of May 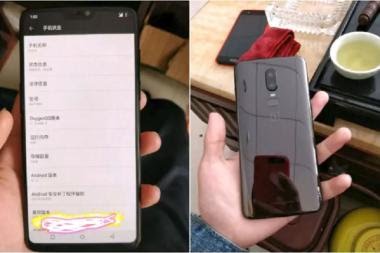 I can easily say that OnePlus 6 is one of the most hype-generated phones of 2018. These days, which company doesn’t like to create a buzz. But what matters is, how much do they live up to it??

The India event will take place in Mumbai. The company through a series of blog posts and social media tweets and Facebook posts have confirmed many specifications of this device. At News18 Tech we have listed our pick of the top 5 features on the OnePlus 6 that will give it an edge over the others and even challenge some high-end flagship smartphones.

‎OnePlus have never forayed into the sturdy phone making space when it comes to dust and water. But in a teaser recently, OnePlus did confirm that the OnePlus 6 will be dust and water resistant for 2018. It might even get IP 67 or IP68 certification. People with an active lifestyle who prefer a cover for phones like OnePlus might reconsider post the OnePlus 6 launch. We think that all phones in 2018 should be water and dust resistant, it is no longer a novelty thing, it is the necessity for smartphone buyers. OnePlus is sure to oblige that with the OnePlus 6.

Now we have seen some good and sad attempts by other Chinese manufacturers to integrate a notch on those near bezel-less full vision display’s. But most of the attempts are not even close to the notch display that Apple iPhone X has. They do look like rip-offs. One company that can do it better and we would like to believe so is OnePlus. Their phones always have had attention to detail to them, be it the sandstone finish or the full-view display, OnePlus has never disappointed. Now it has been confirmed by the co-founder of OnePlus Carl Pei that OnePlus 6 will come with a notch and the dimensions: 19.616mm x 7.687mm look quite promising. It might just house something extra than just the earpiece and a front camera module.

This just had to be with the OnePlus 6. Exotic materials have in a way been scarce when it comes to making a smartphone. Glass seems to be a unanimous choice among all phone makers in 2018. OnePlus 6 will also have an all-glass body and a metal frame. In addition, CEO of OnePlus had stated that the OnePlus 6 will retain the horizon line and characteristic curved back design from the previous variants. This marks a change from the aluminum chassis on the previous OnePlus 3 and 5 series.

With pretty much all the Android phones having nearly similar specifications, OnePlus has always believed in the user experience that their Oxygen OS running OnePlus have been able to provide. OnePlus 6 will come with the company’s proprietary Alert Slider. Gestures were introduced on earlier OnePlus devices, OnePlus 6 will also have gestures. The position of the alert slider might also change from the existing top left edge on the OnePlus 6.

The OnePlus 6 is all about fast performance, so it’s 100% a confirmation that it will be running on the latest Qualcomm Snapdragon 845 processor. A teaser by the company also reveals that the OnePlus 6 will come with a 256GB storage variant. There also might just be two variants of 128GB ROM/6GB RAM and 256GB ROM/8GB RAM this time around.