Ola Auto: Can it become the abstinence for Cabs? 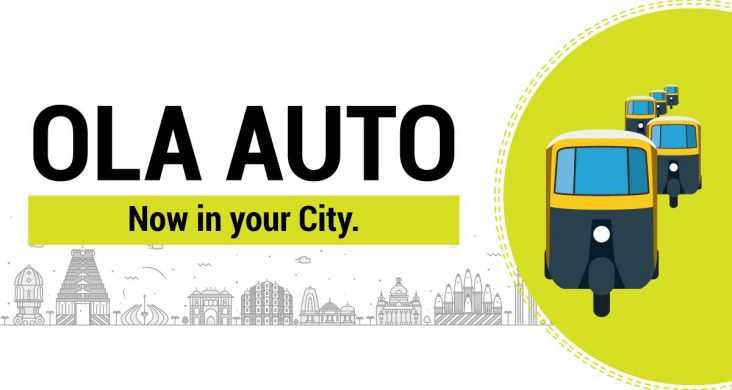 Ever Since Ola auto And Uber hit the Indian Market, they took it by storm.

Even though they both add their own Pros and Cons, Ola seemed to have a far better and greater edge than its American rival. And that edge was due to Ola’s Indian Origins and which indirectly helped them set policies favorable and tailor-made for the Indian riders. Let’s say for example it has the OTP feature due to which no other rider or any hitch hiker could get into the car except the original rider itself.

Whereas Uber, On the Other hand, seems to offer cheaper rides throughout its range of rides available.
I noticed an Ola Suv costs 1240 from my place to the airport while the uber SUV costs around 900 rs which is a lot cheaper than its Ola counterpart. Another personal favorite feature of mine was its variety of options including the prime play which included multimedia experience in cab and music of your choice, which is a huge plus point for a frequent rider like me.

But nothing could beat the most favorite part of Ola of all time ..that’s right (and a bit weird) that’s the Ola auto.
For beginners it’s basically an Autorickshaw which you normally take except this one is attached to Ola. It’s a fun little ride which enables you to zip across the city comparatively faster than the other cab options. Let’s Go through the special perks of ola auto one by one:

All of us frequent travelers know it, it takes a hell lot of time to get a cab if you are requesting during peak hours or in a place where the traffic frequency is too high. I even remember once sitting at the Viviana mall at Thane for half an hour for my cab to arrive. Well, fear not these ola rickshaws are far better and faster than the other options. This is mainly because these guys know the local cities well.And the rickshaw being smaller than the smallest car on offer as a cab (Suzuki ritz). They arrived way faster than any other ride.

2.They Can get ridiculously cheap:

Another act we all of us know is the biggest drawback of app-based cabs, surge pricing. Well, Ola rickshaw doesn’t have that and is cheap every single time. If you get the right coupon at the right time, You can get to places you wouldn’t even imagine before at rates you also wouldn’t have imagined before. I remember my friends getting shocked when I told them what did it really cost me to get to my coaching class with an Ola auto. 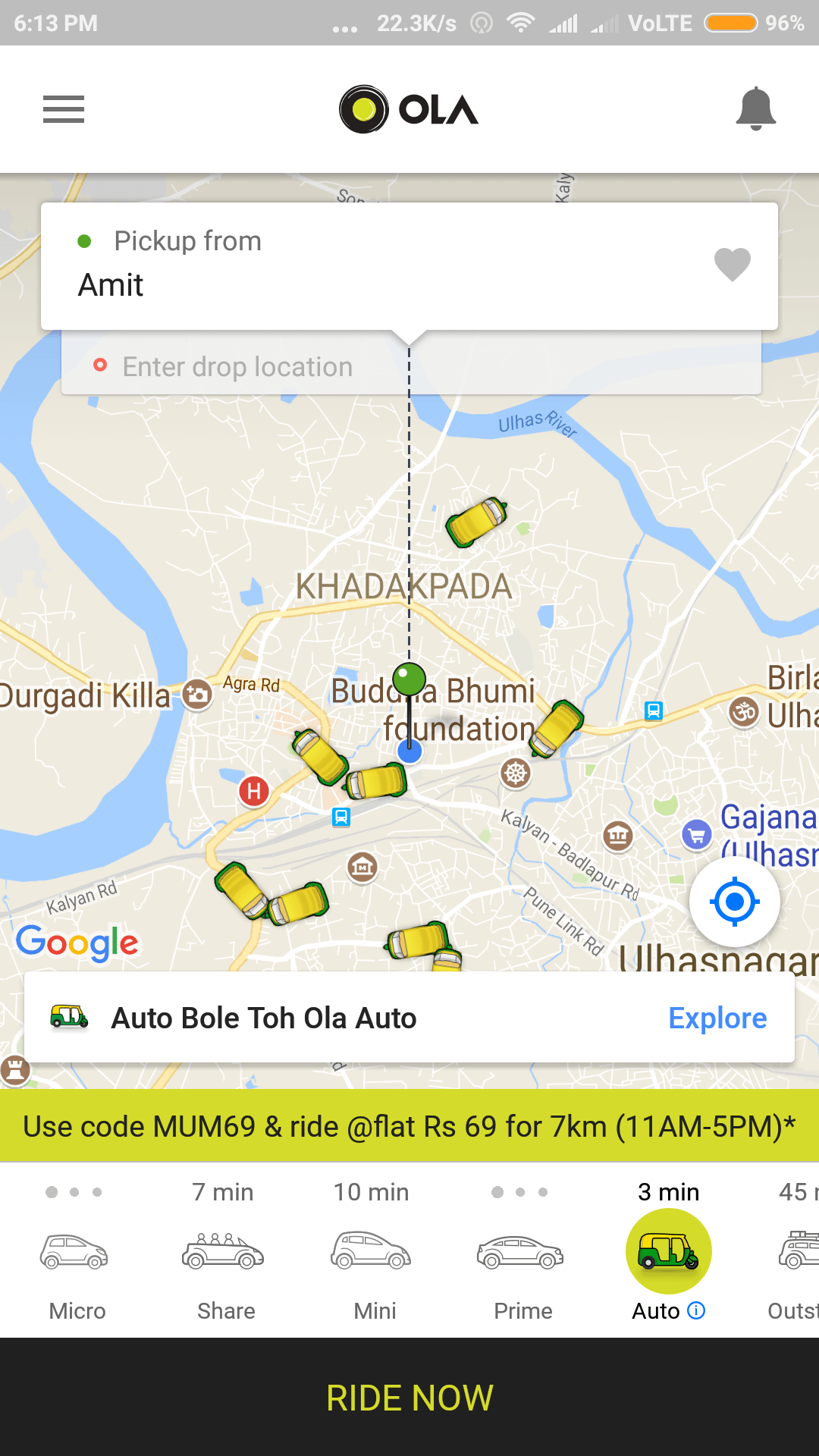 Obviously, they are way-way cheaper than the rates your local non-Ola auto drivers say to you. Say, for example, I need to get from my place to my nearest mall which is about 3 km from my house. Normal Auto Ride costs about Rs. 100 to Rs. 120 depending on the driver, his mood, and his willingness to drop me on the location. On the other hand, Ola auto costs Rs. 40 and that itself without any coupons. Rs. 40 flat fare, 3 person max. Well, that’s not exactly synonymous with the normal auto rides which cost approx 3 times more.

I always get a worth 40% off (max Rs. 15 off) on my auto ride almost every day. And to add to that if you get a flat Rs. 15 off coupon then that’s totally golden for you (although this happens rarely. I can take 3 persons from a place, again, 4 km away at exactly Rs. 23 whereas a normal share ride (1seat) costs Rs. 15. These promos are absolutely a boon and thus helps me to get to places cheaper than anything else.

4.You get free wifi:

There’s no denying that auto rides are the most basic and the most sticky way to get from one place to other.of course no one would have ever imagined but yes, you get free wifi in rickshaw just like any other higher more premium rides including the prime play cabs.

This is an absolute boon and I kind of feel proud of what Ola is doing to the rickshaw scene.

Almost everytime I book a  cab they driver calls me asking for directions as if he doesn’t know his roads or he lacks a GPS system.This is mainly because almost all of the drivers I met of a cab were not belonging to my city but instead belonged to some other city and ended up in mine after giving a ride. Well, that is not exactly the case with auto drivers. This is because auto drivers are of my city and they know the roads very well.almost all of the corners of the city are known to them. 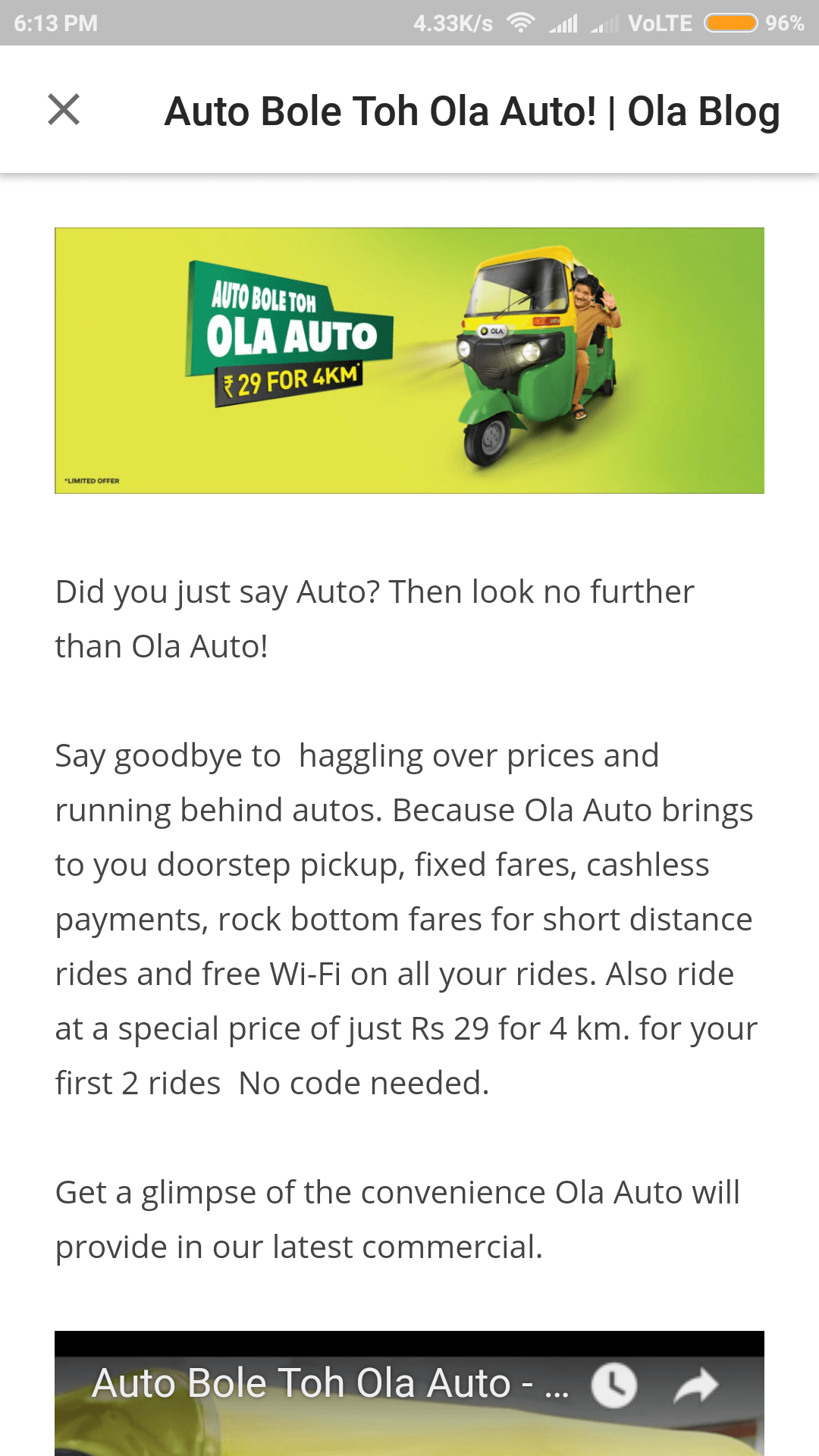 That way you can get to places of your city much much faster than the normal AC cabs. one more factor contributing to it may also be the small size of a rickshaw than a car, which enables it to zip across cities much much faster. But reading all this you must be thinking, “Dude, there must be a detriment somewhere, right?” Well, there’s one but that’s not completely a deal breaker. During peak times or extreme off times, like in the midnight or very very early in the morning, you are less likely to get a ride.

Well, this is because these Ola drivers are just like other auto drivers. If they get an offline ride request, they leave their Ola apps and take the offline request first. Well, you cannot blame them completely because they are desperate to get rides and then, secondly, are always open to take offline rides too.

It was so extreme initially that I used to see many Ola rickshaws in my near vicinity but they still won’t accept them. Once, I was so frustrated that I made up my mind to never use Ola auto again but even then I tried my luck at it once again and it worked!

One of my friends got so impressed by Ola auto that she commutes to the coaching classes almost daily via ola auto if her another friend is accompanying her too. So happy riding! And Remember, always check ola auto once or twice before checking the normal Rides. You definitely won’t regret it!

Check out how to start coding the right way if you’re interested.

Have a nice ride!