No. You shouldn’t force-close apps on your iPhone. Here’s why! 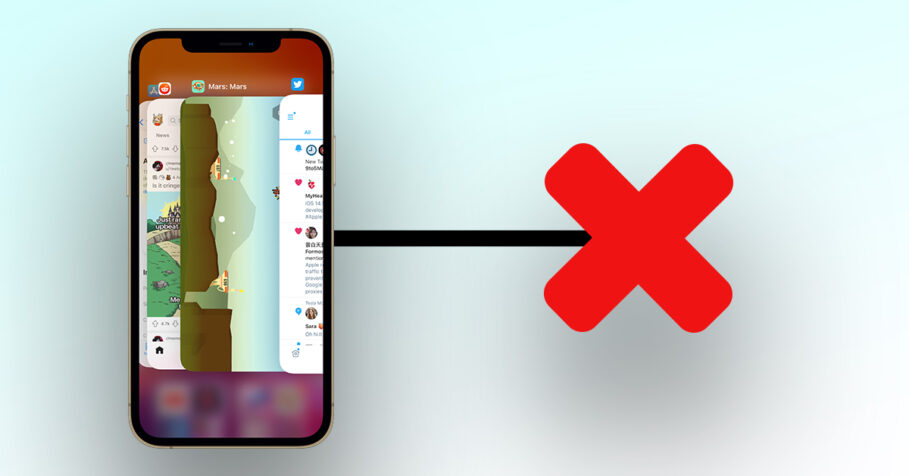 New and sometimes even seasoned iPhone users wonder if apps running in the background should be force-closed. If you are an iPhone user and are confused about what to do, read along.

How the App Switcher works on the surface

Your iPhone has a neat little feature that lets you use an app in the exact state you left it. It’s called the app switcher and it helps save a lot of time. In order to access apps running in the background, you need to double click the home button on an iPhone without Face ID and swipe up and hold from the bottom on an iPhone with Face ID.

Apps in the app switcher are in the form of cards with previews of the apps’ state that you last left them in. The card-like app previews are stacked on top of each other allowing you to swipe through the stack to find last-used apps in reverse chronological order. You can then, either tap an app card to continue using the app or simply swipe up to remove it from memory.

After removing an app from the app switcher, it will open in a fresh state when you access it the next time.

A lot of people I have noticed have this compulsive need to constantly remove apps from the app switcher. This behavior may stem from the assumption that iOS will work ‘faster’ if apps in the background aren’t hogging memory and slowing other applications down.

Some even believe that constantly closing apps running in the background may keep their device in an optimal state.

These beliefs are likely a product of people coming from the PC era to a more portable set of devices like a smartphone. While using a desktop computer or a laptop, closing apps running in the background might aid performance, and people have learned that, which is good. However, most have fallen victim to the misconception that smartphone memory works in the same way.

The myth here is that you need to close apps running in the background to improve performance and extend your device’s battery.

You DO NOT need to force-close apps every now and then. In fact, it’s recommended to not swipe away apps running in the background at all.

There are two disadvantages of constantly force-closing apps running in the background. First, it does not save battery life and improve performance. In fact, it has a completely opposite effect: your battery will degrade faster and browsing through different apps on your iPhone will feel abnormally sluggish.

The second disadvantage is the extra time the process of force-closing apps takes and the subsequent effect it has on daily life usage.

How force-closing apps works. (AKA, the reality)

Smartphone manufacturers including Apple know that users want to use their phones with the least friction possible. So, they build software and experiences accordingly.

iOS smartly manages apps running in the background. It’s really good at freezing them so that they barely use your iPhone’s integral resources that would rather be utilized in running apps in focus.

That is because bringing an app from the background to the foreground takes way fewer resources than opening an app afresh. It’s baffling as to how smartly the app switcher on iOS works internally.

Now that we’ve cleared the misconception that you don’t need to constantly close apps running in the background via the app switcher, here’s when Apple says you should force-close an app.

Only when it’s unresponsive.

At times, an app may act up and work improperly. While it’s possible that the app’s developer has set up troubleshooting measures within the app in case of an error or a bug, there’s a chance you might need to force-close it and open it again.

Now that you know the intricacies of how the app switcher on your iPhone works, please stop compulsively force-closing apps.

The experience of using your smartphone is much smoother when you don’t worry about your apps resting in your background.