New Renders claim the 18W USB-C charger, to be shipped with latest iPhones 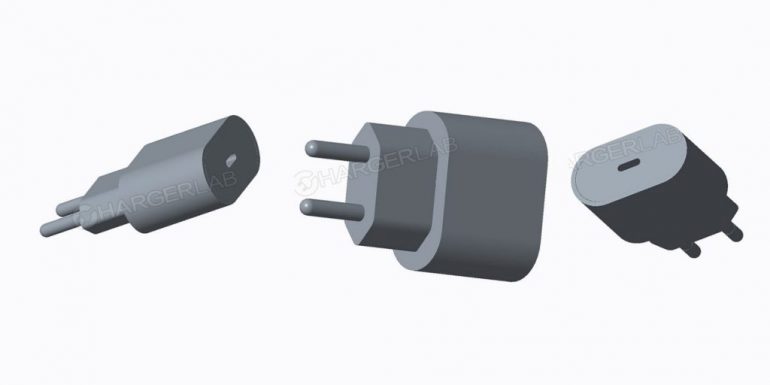 Apple is supposedly planning on shipping the upcoming iPhones with a new 18 W USB-C adapter.

The news is supported by the renders published by ChargerLab from a report that leaked earlier this month. The renders show a different from usual power adapter with a USB-C port.

And backing that, Apple could include a USB-C charging cable in the iPhone box itself. The adapters showcased in the renders seem to be of European origins judging by the fact that round tip connectors are utilized in Europe as well as in some parts of Asia, including India. However, the US version could appear to be of the same dimensions.

Although, it seems that Apple would be eliminating the ‘cubical’ design of its adapters that are currently being sold in the market. The latest iPhones– The iPhone X and the iPhone 8/8+’s hardware totally supports USB-C charging as of now, but unfortunately, users have to buy expensive, relative original or MFI certified third-party accessories just to make sure their iPhones take advantage of the fast charging capabilities that USB-C offers, apart from the usual 5 W adapter that Apple packs in with its boxes.

However, the main aspect of these renders is backed up by the already leaked report. According to it, the new adapters are gonna be having an 18 W delivering capacity. And that is almost 3 times greater than what Apple offers as a default option for its latest iPhones in the box.

This upgrade could finally compare to OnePlus’ Dash Charge adapter, which has a delivering capacity of 5V which, when converted, adds up to 20 Watts– a tad bit more than what’s expected from Apple. 9To5Mac also conveyed a good point stating Apple would need to either create its adapters the size of the boxes or tweak the boxes to fit the adapter in.

Well, these were only the leaks. And leaks are known to be sometimes counterfeited. This could be true, or it couldn’t. Only time could say. What do you say?