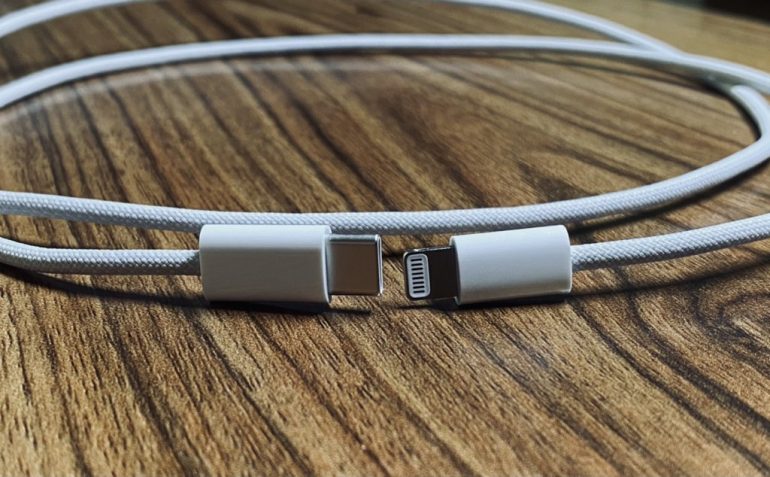 New images have leaked online that features what appears to be a braided Lightning to USB-C cable. From the look of it, it seems the cable is from Apple, but there is no rigid indication. It could as well be from a third-party manufacturer.

However, the only ground for believing that the cable featured in the image is made by Apple is the fact that it corroborates earlier rumors. According to leaks during mid-July, a cable with a similar appearance to the one in the latest leak started making rounds on Weibo and was also shared on Twitter.

So, we can safely predict that Apple might be making a new braided Lightning to USB-C cable for its iPhone 12 lineup. And it makes sense. Braided cables have better integrity than the cabled Apple is currently selling and are more durable, thereby making them last longer. It also aids Apple’s environment narrative. Since the braided cable will last longer, Apple will be able to market it as a benefit to the environment since fewer people will get rid of theirs.

The braided cable in the image, as MacRumors notes, also features eight silver contacts with rhodium-plated ruthenium, which is also known to be resistant to corrosion and lasts longer.

As a part of an environmental initiative, Apple recently stopped including a charging brick with its new Apple Watch Series 6 and Apple Watch Series SE. The company suggests customers to either use one that they have lying around already or buy one separately during checkout while ordering the Apple Watch. Apple could do the same with the upcoming iPhones.

Rumors that popped up earlier this year also suggested that the new iPhones will not ship with a charging brick and surprisingly, EarPods too. However, there are also rumors that say Apple will offer a 20W charging adapter (up from 18W, currently) as an optional purchase.

A braided cable is certainly expensive to produce than the regular cable that Apple ships with its iPhones currently. That said, the omission of a charging brick and supposedly, EarPods, will help Apple to offset the cost of producing it and at the same time, help the environment.

Moreover, it isn’t novel for Apple to sell braided cables. The company already ships a braided Thunderbolt Pro cable, a USB-C to Lightning braided cable that comes with a Mac Pro, and a braided power cable for the HomePod.