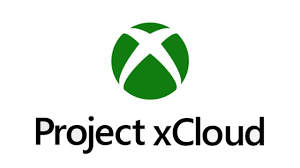 Microsoft has finally found a solution as to how it could bring its xCloud game streaming service to iOS when Apple’s rules wouldn’t allow it to thrive on the platform. The solution is bringing xCloud to iOS via web.

Sources familiar with Microsoft’s plans tell The Verge that the company is working on developing an xCloud version that could run on the web on iPhones and iPads. Microsoft is also working on an app that it hopes will come to the platform eventually.

Microsoft’s gaming chief, Phil Spencer, in an internal meeting, said that “we absolutely will end up on iOS.”

It’s interesting to note that Microsoft came up with a solution that seems so simple by nature, as if it could’ve done it way before. However, for some reason, it didn’t.

Apple, in its revised App Store Review Guidelines, now allows game streaming apps to exist on the condition that developers submit each game for review individually and each should have their own app shell.

Microsoft has been quite vocal about Apple’s stance in the past. However, since recently, the company has taken a rather positive approach towards bringing its xCloud game streaming service to iOS. It’s also thrown some shade recently at Apple, though.