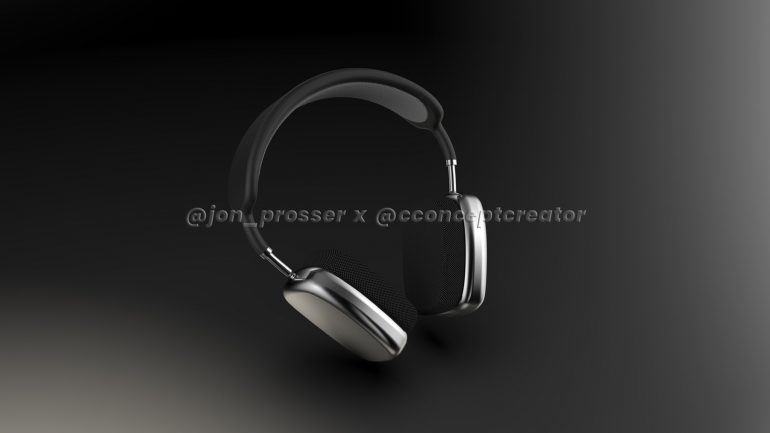 Rumors have been swirling around the Apple community that the company will reportedly launch a new product on December 8, which is tomorrow. However, the identity of the product itself has been a mystery…so far.

Leaker Jon Prosser has offered a hint that might suggest a probable AirPods “Max” launch tomorrow.

For those who have been following Apple-related news covering leaks and rumors, you might know that a certain over-the-head pair of headphones popularly known as AirPods Studio have been highly rumored and equally anticipated.

There have been several rumors including hidden icons found by dissecting versions of iOS dating back to the beginning of this year, a video blatantly showcasing the rumored AirPods “Max” headphones being stuffed into a casing, and a recent discovery of an icon within iOS 14.3 revealing a silhouette of the headphones’ design.

However, during October, multiple sources including Bloomberg reported that the AirPods Studio headphones could face a delay due to production issues. Prosser went as far as claiming that the launch of these headphones could be pushed back to 2021.

But, recently, leaker @l0vetodream posted a tweet claiming that Apple has a “Christmas surprise” in store for us and that it was perfect for winter. We surmised that he could indeed be speaking of the AirPods Studio headphones. Ultimately, though, it’s just speculation.

So, then, what makes today’s newly released information special?

Yes, AirPods Max. Apple could’ve finally gone with the nomenclature that is synonymous with one of its iPhones (see: iPhone 12 Pro Max). And I’ve got a fairly decent reason to believe that might be the case.

Although Jon Prosser is perceived as a hit-and-miss source of information when it comes to Apple leaks, this isn’t the first time someone’s using the AirPods “Max” moniker. @L0vetodream used it first when he tweeted about the headphones a while before the November 10 Apple event where the company announced new Mac models. We even shared our analysis of his tweet.

Considering that two sources—who are known to have informed people about Apple’s plans correctly before—corroborate a piece of information right before rumors of a new product releasing tomorrow is adequate reason to believe that AirPods “Max” might be real.

AirPods “Max:” what are they?

AirPods “Max” (previously known as AirPods Studio) is supposed to be Apple’s upcoming over-the-head headphones. These are expected to ship with the same feature-set as the AirPods Pro earphones including Active Noise Cancelation, Transparency Modes, and more.

The AirPods “Max” headphones are also expected to feature Apple’s Ultra-Wideband chip (U1) to determine the left and right ear positioning, and for other purposes as well.

These were initially rumored to ship with interchangeable headbands and ear pads similar to the convenience offered by the Apple Watch. Additionally, the AirPods “Max” headphones were also purported to come in two different versions: a luxury variant with a leather finish and a sports variant using cheaper materials. Although, recent reports have suggested that Apple could strip down some of that functionality due to production issues.

What to expect tomorrow?

Apple is expected to launch an unknown product tomorrow. Due to the lack of official information, all we can do is speculate. However, it seems likely that Apple could launch the AirPods “Max” headphones.

The Cupertino company is expected to make an announcement at 5:30 AM PST via a press release. It’s only a matter of time before we know for sure. Until then, stay tuned to The 8-Bit for additional coverage.