Ken Kocienda, creator of autocorrect at Apple, has developed a new game called Up Spell and it’s worth checking out

It makes word spelling games more interesting by allowing you to spell proper nouns and slangs as well. 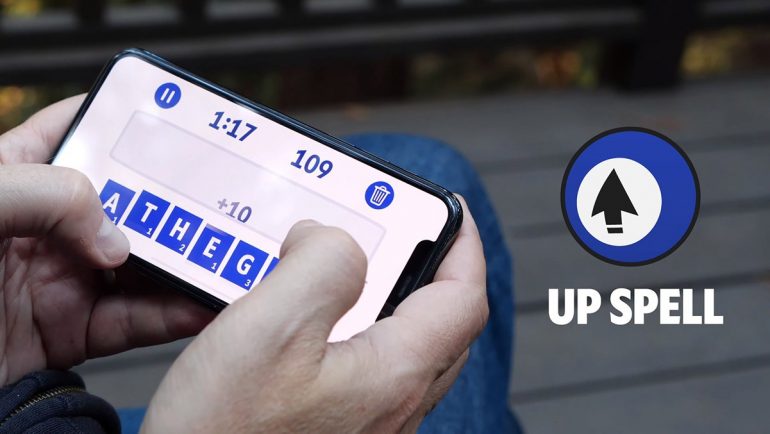 Former Apple engineer Ken Kocienda—also known as the guy who created autocorrect—has developed his own app for the first time, TechCrunch reports. Up Spell is a word game that tasks you with spelling as many words you can in just two minutes.

What differentiates this game from other similar games on the App Store is the fact that it allows you to spell proper nouns as well. The TechCrunch report states that Kocienda used the New General Service List to create the game’s lexicon. He then worked on creating his own list of proper names and extended it with slangs.

Here’s how the need for inclusion of pronouns is explained on the Up Spell website:

“Avid word game players know that PYRAMID and PHARAOH are accepted in many word games while NILE and EGYPT are not, and though there is an academic argument in favor of this distinction, this isn’t a recipe for maximum fun. Since Up Spell aims to as be fun as possible—and is a game of speed rather than contemplation—proper names are included.”

The game, moreover, also has a multiplayer mode called Duels that allows players to connect through links that you can send through various messaging platforms instead of having to log in to the app and managing a friend’s list.

Kocienda’s app is also different from other apps in that it does not get users to buy a subscription. Instead, you can simply purchase the app from the App Store for a one-time fee of $1.99. There aren’t any hidden fees or coins to purchase in order to further the game.

What’s great is that 25 cents from each app download go to San Francisco-Marin Food Bank, which distributes food to the vulnerable where Kocienda lives. Here’s Kocienda speaking to TechCrunch about why he chose to adopt the one-time fee instead of a freemium model:

“I made Up Spell a two-minute game without much in the way of gameplay gimmicks,” says Kocienda. “You just spell words. 2020 has been a rough year for everyone, and sometimes taking out two minutes to think about nothing but spelling a few words is just the kind of right kind of stress reliever,” he adds. “I hope Up Spell brings people a little unexpected happiness to their 2020.”

Ken Kocienda is a Yale graduate who worked at Apple for over 15 years. He jumped between several jobs from managing an editorial library at a New York newspaper to teaching English in Japan. Later, when the Internet was still relatively new, he taught himself computer programming and joined Apple in 2001.

At Apple, Ken worked on software teams tasked with creating the very first Apple products we use today. Those include the Safari web browser, the iPhone, iPad, and the Apple Watch.

You can check out Ken’s new game Up Spell on the App Store. ⦿