This $40 alternative to the official iPhone XS battery case is so much better. 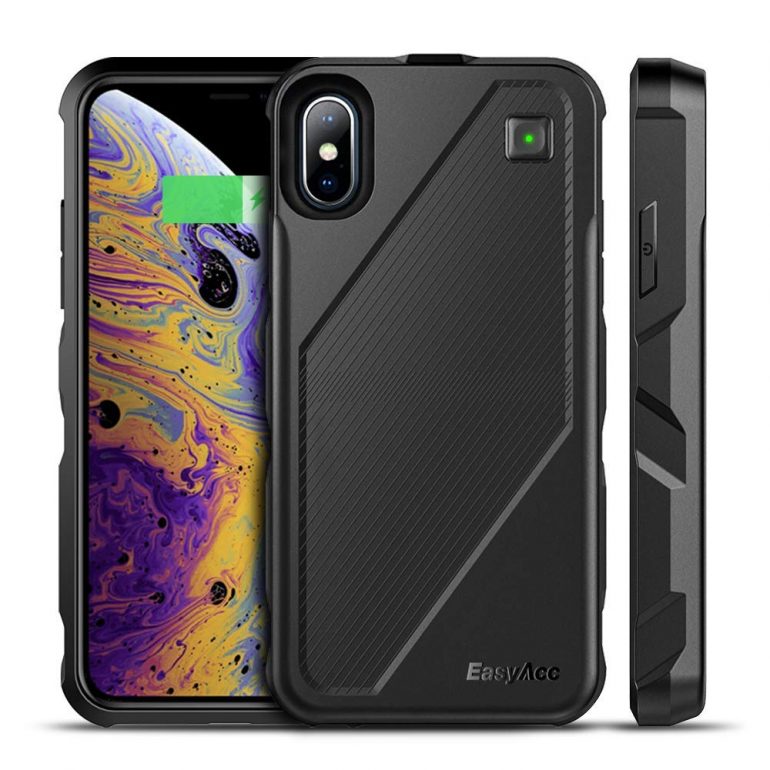 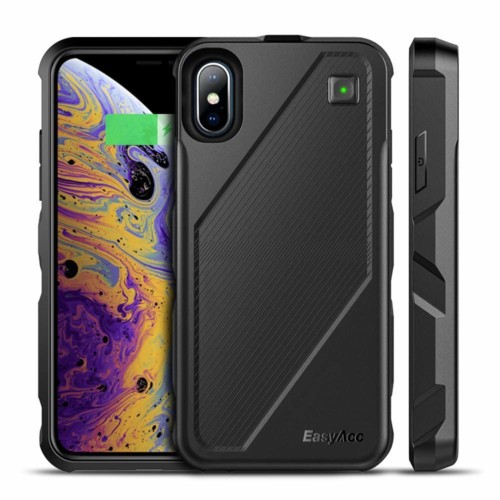 Personally, I have turned apathetic towards Apple’s uncanny custom of overpricing its products. Many people may have a similar opinion, I believe.

These cases, moreover, have pretty much the same design as previous iterations, with a slight bump indicating the placement of the battery in the case. Apple also only offers two colors: black and white. Furthermore, because Apple itself offers these cases, they integrate deeply with iOS allowing you to natively view the charging status and the current battery level of the case.

The only thing new, although, is wireless charging support.

But you can easily get numerous third-party cases that offer these features, except for native iOS support. And by no means having an additional benefit of iOS integration is justifiable for the clearly overpriced cases that the Cupertino-based company presents. So, why pay more?

That said, there are many alternatives. But this one particularly, stuck on my mind.

Priced effectively at $40, this case allows you to charge your phone two and a half times its original battery capacity. For geeks, it holds a 5000 mAh battery, which is quite a rare number for battery cases to inherit.

EasyAcc has taken a unique stance with this case. It allows wireless charging but itself acts as a wireless charger for the iPhone. Thereby, no internal connectors are present that transfer charge to the phone; every transfer happens wirelessly.

Hopefully, this image will explain it better:

Furthermore, the lack of an internal connector means you can freely use your lightning EarPods to listen to music and subsequently use the lightning cable to transfer files.

It’s a rugged case that extensively protects the phone from all sides. Mostly, the ruggedness is just an excuse to accommodate the relatively massive size of a 5000 mAh battery. But, it feels much better than Apple’s official case.

In the box, you get an additional tempered glass screen protector aside from the Micro-USB cable.

Take your thumb and measure its width. That’s the width of the edges on this case. Despite its size, it feels clumsy in the hands.

The cutouts for buttons do justice to the design while also maintaining proper access.

Aesthetic cuts and dashes pose this phone as a super-rugged device. The little green LED indicator– which turns green when charged 50-100% and orange when charged 0-49% and also acts as a power button for the case –, in addition, makes this phone look immensely impressive.

Unfortunately, though, you cannot use this case with either iPhone XR or iPhone XS Max. But it does accommodate the iPhone XS and the older iPhone X. (The official cases do not support iPhone X)

The camera cutout is also intricately designed in an angle that does not hinder the sight in any way.

It undeniably supersedes the $129 price tag of the official Apple cases. Also, based on the performance of older official battery cases made for the iPhone 7, many report that they fail to charge the phone sustainingly a few months down the line. That said, the new official cases could meet similar fate.

Whereas, there are no such complaints about the EasyAcc wireless battery charging case so far. It’s reputation is spot on.

You can buy this case by clicking on the button below, by the way:

Get the EasyAcc Wireless Battery Charging Case just for $40!