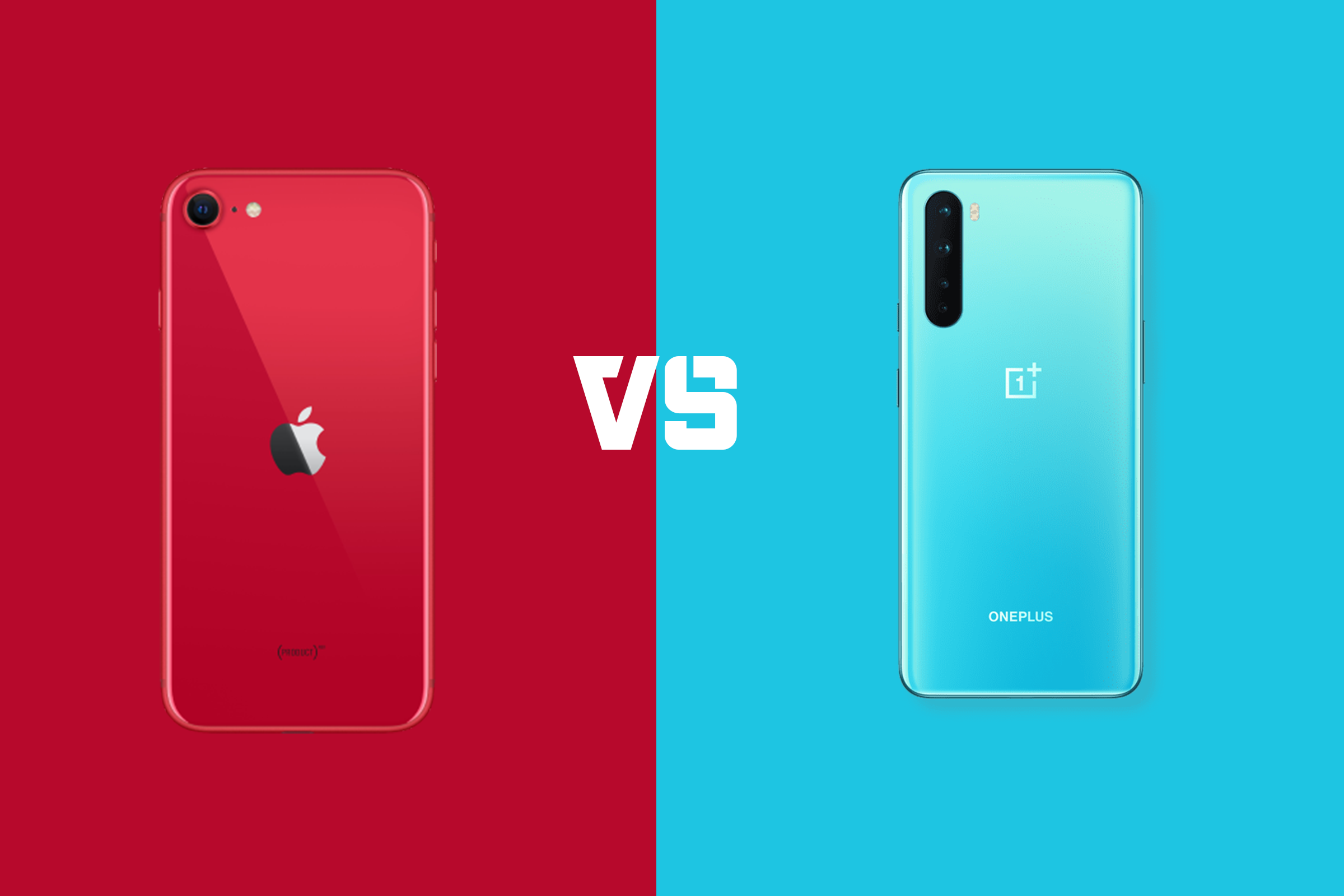 iPhone SE 2020 vs OnePlus Nord: Can the Nord hold users from switching to the new iPhone SE?

Ecosystems are still a major factor.

Let’s get this clear. The iPhone SE, when originally launched in 2016, got Apple a lot of new users. Many couldn’t afford the iPhone 7 and the iPhone 7 Plus, and the others loved the original iPhone 5 design and build, so they got themselves an SE.

There was almost nothing you could hate about that iPhone. Plus, you could easily use it with a single hand. I still use the original iPhone SE, and it works just fine, even after four years of its release and usage.

When OnePlus came into the smartphone world, it made huge promises of providing the best specs at most affordable prices. It did live up to its promise, but that only lasted until it started moving up the chain, shifting its focus from midrange smartphones to flagships.

OnePlus Nord is OnePlus’ move back into the mid-range segment. OnePlus is branding it as “Pretty much everything you could ask for.” It starts at ~$335, and while some may say that it misses the target audience by a notch, I would just consider it as OnePlus’ best midrange phone so far.

With the iPhone SE 2020 being the other midrange giant, let’s dive into some specs comparison between these two devices.

The iPhone SE retains the same design as the iPhone 6, 6s, 7, and 8. The same thick bezels which don’t really hold up that well in 2020. But it does have a metal chassis which makes it feel more premium in hand, and you get the physical home button and fingerprint scanner (Touch ID) which have, over the years, earned the love of many.

On the front end, we have a 4.7-inch LCD display that has a decent enough pixel density of 326 ppi. The screen resolution comes in at 1334 x 750 pixels with a moderate refresh rate of 60Hz. You know, nothing too fancy.

The OnePlus Nord on the other end seems like a proper 2020 device, on the basis of its design. It’s got the beautiful 6.44-inch FluidAMOLED display with a resolution of 2400 x 1800 pixels. It’s got a screen aspect ratio of 18:9 and a fast enough refresh rate of 90 Hz. The screen’s pixel density comes in at 408 ppi. It also has the on-screen fingerprint scanner, but to use it you need to wake the screen first. Not a big deal, but just another step in unlocking and using the device.

The iPhone SE has stereo speakers, bottom-firing, and the earpiece also doubles up as a speaker. Whereas the OnePlus only has the bottom-firing single speakers.

Just by the on-paper specs, OnePlus Nord is a clear winner in terms of the display. But the iPhone SE has my heart for the simple, elegant, premium-looking design.

The iPhone SE has in total two cameras, and the OnePlus Nord in total has six cameras!

The primary camera on the iPhone SE is a 12 MP f/1.8 Optically Stabilised rear-facing camera. Along with iPhone’s brilliant image processing, it can produce some images that can almost hold up against the iPhone 11. On the front end, we have a 7 MP selfie camera.

This is where things get really interesting

The OnePlus Nord can only shoot videos up to 4K 30fps with the rear camera, and 4K at 30fps with both front-facing cameras and 4K 60fps with only the primary camera.

What’s under the hood?

The iPhone SE is powered by the amazing A13 Bionic chipset, which we’ve got in the likes of the iPhone 11 as well as the iPhone 11 Pro, and has 3 gigs of RAM. It runs on an 1821 mAh battery, which won’t last you more than a day. To get fast charging, you will have to get the fast charger separately. It also has Qi wireless charging.

The OnePlus Nord is powered by the new Qualcomm 765G chipset. This isn’t the flagship series, but it does perform pretty well. It comes along with 8 gigs of RAM (it also has a 16GB RAM option) It runs on a much bigger battery pack, as it comes with a 4115 mAh battery. It does come in with a 3W fast charger in the box.

OnePlus is 5G-enabled whereas no Apple device is 5G enabled so far.

The overall performance comes down to the software now, and as both of them run on their entirely different ecosystems. You will get the best of the Android experience from the OnePlus Nord as it runs on the Oxygen OS, which is one of the cleanest and stable versions of Android.

Out of the box, the iPhone SE runs on iOS 13 and the OnePlus Nord runs on the Oxygen OS 10.5 which is based on Android 10.

Both of the brands have a pretty good reputation for backing their devices with constant software updates, so that won’t be an issue.

The iPhone SE comes in three color variants – black, white, and red. It is also IP67 certified. IP67 means the unit can be dropped into a body of water up to a meter deep for half an hour

The OnePlus Nord comes in two variants Blue Marble and Gray Onyx. And it’s not IP Certified, although OnePlus claims that it can withstand regular splashes.

Which one should you get?

Both of them are the best mid-range options available right now from their respective brands and their respective OS systems. Also, the price difference for just the base models is more than ~$200.

So go ahead with the ecosystem you’re more comfortable with, and you won’t be disappointed.