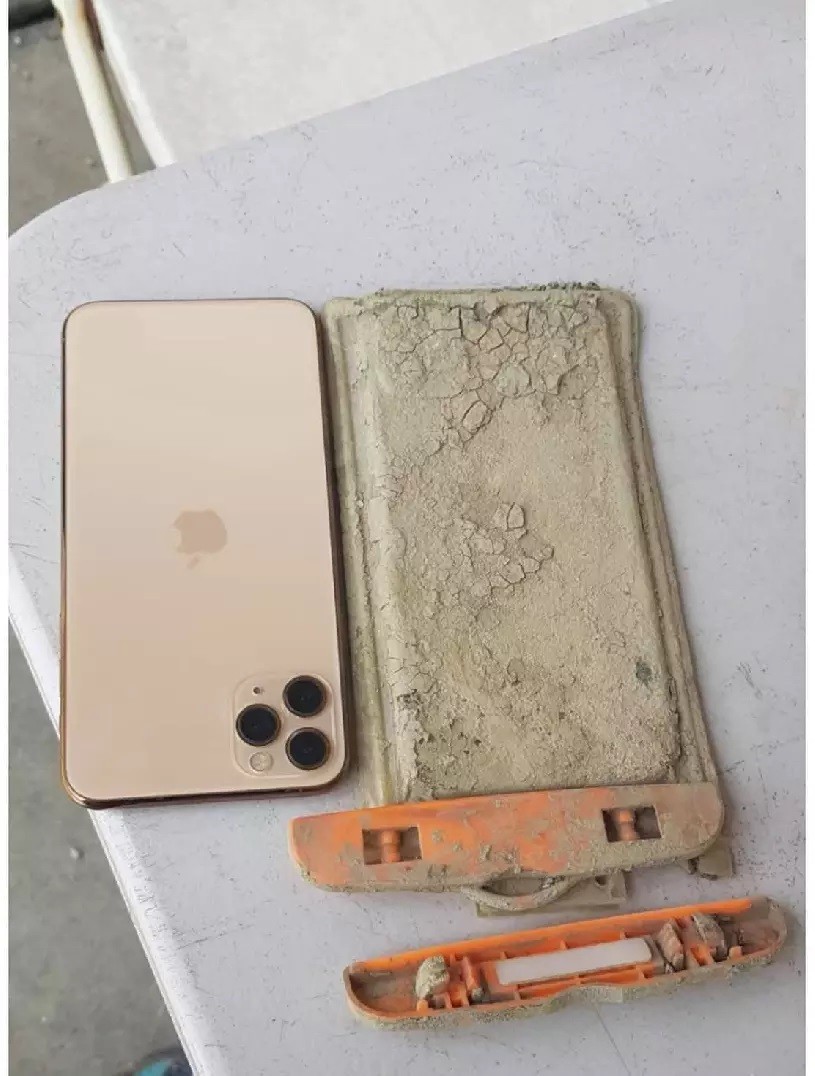 A tourist in Taiwan lost his iPhone 11 Pro Max underwater while paddleboarding in Taiwan’s Sun Moon lake on March 15, 2020. The phone was placed within a plastic covering in anticipation of such an event and was successfully recovered a year later when a part of the lake dried up due to the ongoing drought in Taiwan.

The man surnamed Chen took to Facebook to share his discovery of the phone, BBC reports. He said that he went paddleboarding in the Sun Moon lake last year in Taiwan where he wasn’t able to stay on his board and would repeatedly dip in the water.

Although he was prepared for such shortcomings—and put his phone in a plastic cover—he didn’t anticipate that he would lose his phone altogether to the lake. At the time, Chen’s friend optimistically consoled him by stating he would see his then submerged iPhone in a year, which is exactly what happened.

Taiwan has been facing its worst drought in 56 years owing to which parts of the Sun Moon lake have completely dried up. Locals found Chen’s phone lying on the dry lakebed and contacted him so that he could collect it. They claimed that sometime after they picked up Chen’s phone, the water level started to rise again.

Chen said that he was so excited by the find that he suffered insomnia for a few days.

On April 2, Chen retrieved his phone. When he got it back, it was in a soiled waterproof casing which was surprisingly able to hold the lake water from affecting the iPhone. He charged his iPhone and found it to be working perfectly normal with all of its software intact.

Adding to that, he said “I can only say that the waterproof case for the phone is really great! There is no water in it!” He then added, “I’m so happy to have recovered my phone after having lost it for so long.”

This isn’t the first time iPhones have survived underwater in lakes. Although the credit this time goes entirely to the waterproof casing the iPhone was housed in, earlier instances prove that iPhones fare surprisingly well underwater.

Back in March, a report stated that an iPhone 11 survived almost 6 months underwater in a lake without any external waterproofing. While the phone’s microphones and speakers were affected, the phone emerged largely unscathed and was returned to the owner in working condition and all data intact.

If you’ve recently lost your iPhone to a water body, unless it’s to the sea, there’s still hope!

Despite iPhones’ extreme water resistance, Apple doesn’t cover water damage under warranty and advises against unnecessarily exposing them to water.