Leaker says iPhone 13 will continue to have a notch, but it will be shorter 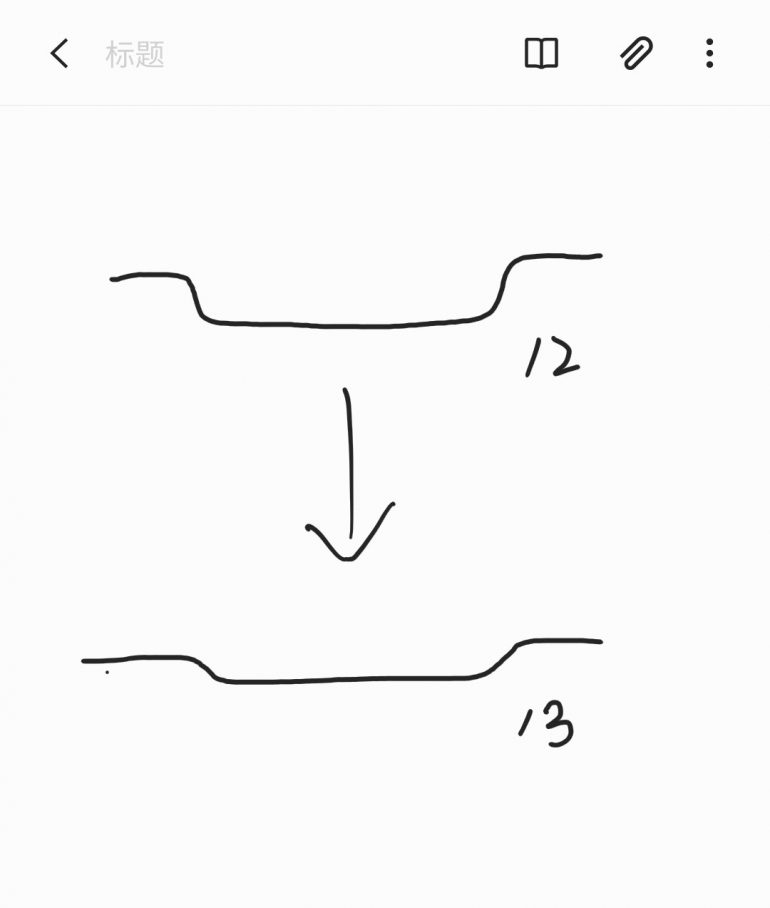 A new leak suggests that the iPhone 13 will continue to sport a notch, but it will be considerably shorter than the current iPhone 11 lineup or even what’s expected to be included in the iPhone 12 lineup.

Reliable leaker Ice Universe revealed this in a tweet recently. He also tweeted a rough sketch of what the notch may seem like. Of course, these do not depict the exact measurements of the notches, but they offer a hint of what to expect.

Initially, it was expected that the iPhone 12 lineup would sport a smaller notch. However, with recent rumors, it’s pretty much established that only the 5.4-inch iPhone mini will feature a “narrower” notch.

The rough sketch that has been shared by the leaker looks similar to a leak that hit-and-miss leaker Jon Prosser shared earlier this year. It featured a diagram of an updated notch design that crammed the True Depth camera system into a smaller notch and shifted the microphone to the top bezel.

It’s unclear if the two are related, but Apple could update the notch in a similar fashion.

It’s interesting that the iPhone 12 lineup hasn’t even been announced yet and we’ve already started receiving iPhone 13 leaks. The iPhone 13 is also expected to sport 120Hz ProMotion displays that were initially rumored to be included in the iPhone 12 lineup, according to experienced display analyst Ross Young.

Nevertheless, it’s really early and we suggest taking these rumors with a pinch of salt.

Apple is set to announce its iPhone 12 lineup at an event on October 13. At the event, it’ll likely also announce its new Apple-branded AirPods Studio headphones alongside a purportedly $169 HomePod mini. Oh! AirTags are likely as well.