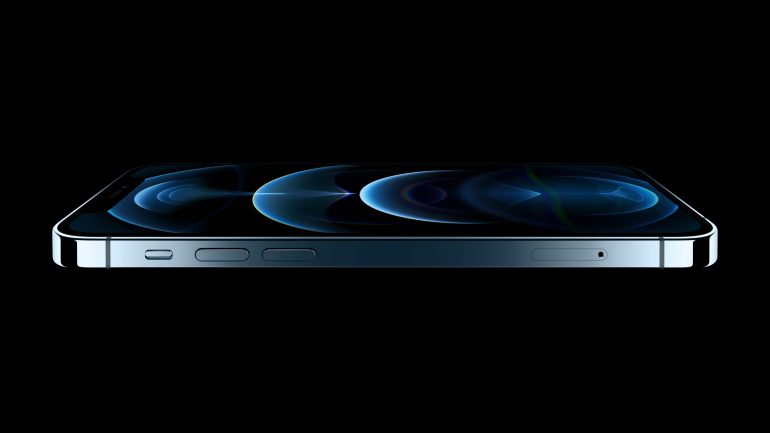 Apple announced the iPhone 12 lineup on October 13. Pre-orders began on October 16, and people will start receiving their units on October 23. As it goes, media and reviewers get the devices beforehand so that they can share their commentary with their audience. This time is no different. Reviews for the iPhone 12 Pro and the iPhone 12 are out.

Overall, each and every review can be summarized in a single, simple sentence: Buy the iPhone 12 and the 12 Pro for the design and the cameras, not 5G. I kind of knew it was coming. 5G isn’t ready yet. In order to achieve faster speeds, you probably need to be very close to a cell tower that emanates mmWave 5G signals and stay still when you find one.

Here’s how Wall Street Journal‘s Joanna Stern has to say about 5G on the new iPhone 12 lineup. Note that these are the first few lines of her review:

“Let’s start with the good news: The iPhone 12, the first with 5G, is indeed the fastest 5G smartphone. The speeds will knock your masks off, as we say in 2020.

Now the bad news: To see those speeds, you need to move really, really slowly. After locating your carrier’s high-speed tower, stand right next to it, tap download, then freeze.”

The iPhone 12 models outside of the US don’t even support mmWave 5G, which is a faster band used to achieve the 5G speeds that offer a considerable improvement over 4G LTE.

The thing with 5G is that it’s not up to the mark right now. However, it will get better in the future, especially now that Apple has adopted it. But, as the adage goes among reviewers: never buy a phone based on its future promise, it turns out that 5G isn’t the best addition to the new iPhone. It’s definitely not the reason you should buy the iPhone 12 for. This is, of course, contrary to the degree of grandeur the feature was announced with onstage at the Apple event.

What you should buy the iPhone for is its new design and cameras. Speaking of design, the iPhone 12 Pro and the iPhone 12 now have flat edges instead of the rounded edges on the iPhone 11 lineup. It’s a “seven-year old design,” according to Joanna Stern, but it’s a welcome one.

The iPhone 12 Pro has a more premium feel owing to the stainless steel edges and the frosted glass finish at the back. The iPhone 12, on the other hand, comes with aluminum edges, and glossy glass backs. Although, the iPhone 12 has more color options to choose from. Also, I would have appreciated the design even more if Apple had decided to chamfer the edges just like it did with the iPhone 5.

“Oddly, the squared-off design also makes the iPhone 12 Pro seem more substantial than it actually is. It doesn’t look it, but it’s thinner than an iPhone 11 Pro.

As I mentioned, the 12 Pro is the shiny one, and the glossy stainless steel frame instantly picked up fingerprints. This is a phone you will be trying to keep clean quite often if you don’t put it in a case. Even still, this is the first iPhone in a long time that I’ve been sad about covering. It’s just nice to look at.”

“I love the new design for the iPhone 12. In addition to being smaller and lighter than the iPhone 11, it has flat sides and a flat screen. We’ve been living with curved edges on iPhones for six years since 2014’s iPhone 6. So part of my affection might just be that the iPhone 12 feels new. But it’s also that it feels like a throwback to the iPhone 4 and 5 models, which were the last iPhones whose design I truly loved.

Despite all of those flat edges, the seams and the corners are beveled just enough to make it comfortable to hold. The rails on the iPhone 12 are matte finish aluminum, and I prefer them to the glossy steel on the Pro models. Unfortunately, the rear glass is super glossy, super prone to picking up fingerprints, and as susceptible to picking up tiny little micro-abrasions as ever. Most people will put a case on their phone anyway.”

Matthew Panzarino of TechCrunch describes the design in detail:

“The 12 Pro is likely the most premium feeling piece of consumer electronics I’ve ever touched.

If you’ve ever had the pleasure of handling or wearing an insanely high-end timepiece you’ll know that there’s a particular blend of sensations that tells you you’re touching something special. The hundreds or thousands of person-hours that went into its design and construction, the sheer density of its high-quality materials and the finishes that defy the eye to differentiate it from something grown, rather than synthesized.”

Here’s Nilay Patel from The Verge talking about the main camera on the iPhone 12 Pro:

“The main camera has a very slightly brighter lens than last year, which helps it in low light, and Apple’s new Smart HDR 3 processing seems to be, well, a little smarter. The noise reduction is improved and looks better than the iPhone 11: photos look less grainy, and there’s a little more detail. The photos are also slightly more contrasty; every year, Apple seems to be more willing to let highlights be highlights and shadows be shadows, which is a look I’m personally fond of.”

Here’s Cnet‘s Patrick Holland talking about the camera quality on the iPhone 12 Pro:

“The main wide-angle camera on both phones has a faster lens that lets in more light. The new lens, combined with Smart HDR 3, yields truly amazing photos with accurate colors and solid dynamic range. Night Mode is now on the ultrawide and selfie cameras. I’m shocked at how good some Night Mode photos came out, even the selfie portraits I took! The telephoto camera on the 12 Pro is a huge step up in zoom compared to the iPhone 12. But there are a number of phones that offer much longer zooms with better results.”

The LiDAR sensor beneath the camera lenses on the iPhone 12 Pro facilitates better low-light photos and aids enhanced augmented reality. There are also some software-based improvements that Apple has made to improve the camera quality using its Neural Engine and its Image Signal Processor (ISP). Here’s Matthew Panzarino from TechCrunch talking about these improvements:

“The LiDAR array is very nice to have on the iPhone 12 Pro. There is one completely new mode that is not available on the iPhone 12 here — Night Mode Portraits. The autofocus improvement is active in any low light situation.

The ISP and Neural Engine improvements on iPhone 12 mean that these devices can now use Deep Fusion and Smart HDR 3 on all cameras. And, of course, on the iPhone 12 Pro they also handle LiDAR integration for autofocus and even Night Mode portraits now. This means that at one time you could have a dozen layers of image processing, depth maps, segmentation maps, tone mapping and data from multiple sensors all firing off and being processed in the space of one shutter press.”

All-in-All, it’s established from the reviews that the iPhone 12 and the iPhone 12 Pro are pretty good. Cnet goes as far as to say that it’s “one of their highest-rated phones of all time.”